When research from Denmark’s registries, clinical databases and biobanks hits scientific journals, the rest of the world listens. Denmark’s epidemiological registry-based research is indeed a beacon for the whole world to follow.

In 2000, Henrik Toft Sørensen established the Department of Clinical Epidemiology at Aarhus University Hospital, and in just over 20 years the department has grown from three employees to today employing 90 researchers, all of whom work intensively to improve understanding of disease trajectories over the life-course.

For his invaluable work in pioneering Danish clinical epidemiological research, Henrik Toft Sørensen is now receiving the Marie and August Krogh Prize. The Novo Nordisk Foundation and the Organization of Danish Medical Societies award the DKK 1.5 million Prize, comprising a personal award of DKK 250,000 and a research grant of DKK 1.25 million.

Outstanding work
“Unique and groundbreaking are two words definitely associated with Henrik Toft Sørensen’s work. His research efforts in clinical epidemiology have been groundbreaking, especially in how he has used Denmark’s registries, clinical databanks and biobanks to investigate the trajectory of chronic diseases over the life-course. He has also built a unique research community and trained many researchers in clinical epidemiology,” says Susanne Axelsen, Chair of the Organization of Danish Medical Societies and Chief Physician, Aarhus University Hospital.

Henrik Toft Sørensen is personally most proud of what he has accomplished in relation to the people he has worked with over the years.

“I am deeply honoured to receive the Prize, also because it is based on the recommendation of my colleagues and the medical community in Denmark. I am also particularly proud that the department I helped to start has been sustained for more than 20 years and has helped to train the next generation of excellent clinicians and epidemiologists in the form of PhD students and postdoctoral fellows. Fourteen of those with whom I have worked in my department over time are now professors in Denmark and elsewhere. I am proud of that,” says Henrik Toft Sørensen.

More than 1,000 articles
For decades, Henrik Toft Sørensen’s research has been centred around registries and clinical databases, which contain invaluable information in understanding disease trajectories over decades.

He has even helped to establish several databases himself that are now the sources for carrying out research of the highest quality.

The research results have appeared in more than 1,000 scientific articles, most with Henrik Toft Sørensen as the first or last author, published in leading journals including the New England Journal of Medicine, JAMA, British Medical Journal, The Lancet and Annals of Internal Medicine.

Still conducting research
Although he was born in 1956, Henrik Toft Sørensen has no plans to slow down. There is so much more to investigate.

“We would like to conduct much more research on this topic, because it is important for both many people and the healthcare system, which has to take care of them. Thus, we need to understand illness as not only something that affects the individual but also as one part of the health of the entire population, which ultimately determines the number of people hospitalised and how much pressure the healthcare system is under,” concludes Henrik Toft Sørensen.

The Novo Nordisk Foundation and the Organization of Danish Medical Societies award the DKK 1.5 million Prize, comprising a personal award of DKK 250,000 and a research grant of DKK 1.25 million. The Board of the Organization acts as the Prize committee, and the Foundation provides the accompanying funds.

Affiliated members of the Organization of Danish Medical Societies may nominate candidates for the Prize. 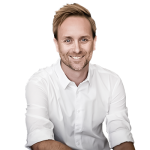