Ulrich auf dem Keller is moving his research to DTU. 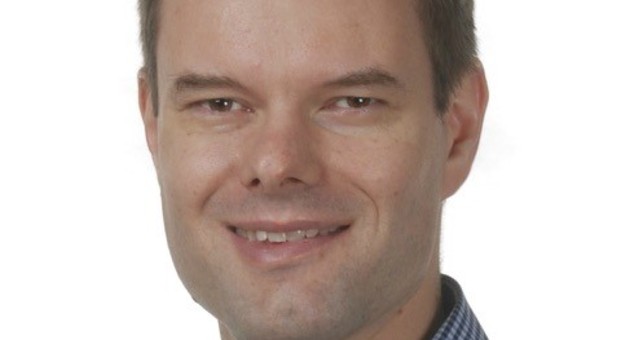 How do complex protein networks interact to create skin and heal it following injury? What happens to these networks in skin that is inflamed or is not healing properly?

Ulrich auf dem Keller will address these major questions with a Novo Nordisk Foundation Young Investigator Award of DKK 20 million. This 7-year grant enables him to move his laboratory to the Technical University of Denmark and establish his research group at the Department of Biotechnology and Biomedicine.

Ulrich auf dem Keller is currently Senior Scientist and Group Leader at the Institute for Molecular Health Sciences at ETH Zurich in Switzerland. Following his PhD studies within mammalian skin biology, Ulrich conducted postdoctoral research that included developing new technologies to analyse enzymes known as proteases. He then combined his diverse areas of expertise to build his own research programme that studies how proteases function in skin.

Humans have hundreds of proteases, which are needed for a wide variety of processes in the body. Proteases work by separating proteins into smaller pieces, with some breaking down proteins completely and others acting in a much more specific and limited way. Proteases are especially important for healing skin wounds, where groups of different proteases function from the first step of forming clots to the final step of promoting the growth of new skin.

Supported by the Novo Nordisk Foundation Young Investigator Award, Ulrich auf dem Keller will use comprehensive technologies to investigate networks of proteases in normal, inflamed and wounded skin. This will provide detailed insight into what is not functioning properly in inflamed skin and chronic wounds, and will be a basis for developing better diagnostics and treatments.

“I am very excited to get a chance to work together with renowned and leading protein researchers in Denmark who strive to functionally dissect the human proteome and its disturbances in disease on a system-wide scale. With the help of the Novo Nordisk Foundation Young Investigator Award, I will be able to take my research to the next level, supported not only by an extraordinary infrastructure at the Technical University of Denmark but also by strong ties to basic and clinical collaborators at the numerous excellent biomedical research institutions in the Copenhagen area.”

From the Novo Nordisk Foundation, Niels-Henrik von Holstein-Rathlou, Head of Research and Innovation Grants, says of the grant:

“The 7-year Young Investigator Award will allow Ulrich auf dem Keller and his collaborators to investigate proteases in normal and diseased skin at a much higher level of detail than before. This has great potential for identifying defects occurring in different skin conditions and for improving treatment. The Foundation’s Young Investigator Awards make it possible for highly talented biomedical and biotechnological scientists to come to Denmark, and this enhances the quality and range of research in this country.”

Each award is up to DKK 20 million, which can be used for research programme costs, including project operations, salaries and equipment. More information and the current call are available at the Novo Nordisk Foundation’s website.