Prize recipient seeks solutions to the greatest threats to health

Professor Gökhan Hotamışlıgil receives the 2018 EASD–Novo Nordisk Foundation Diabetes Prize for Excellence accompanied by DKK 6 million (€806,000) for his outstanding research efforts that have led to groundbreaking new knowledge about the relationship between obesity and diabetes and potential paths for treatment. 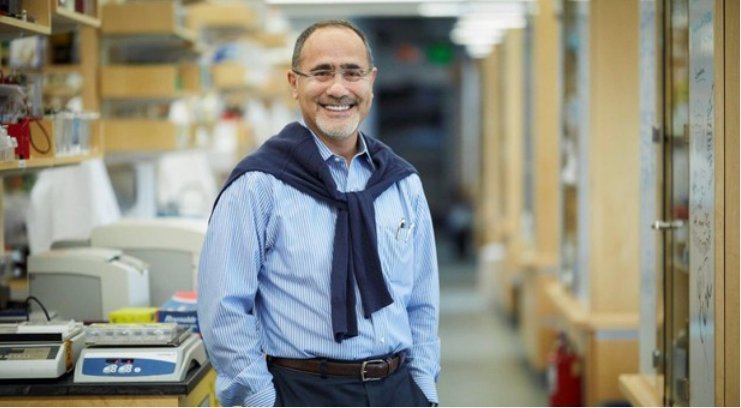 Chronic metabolic diseases such as obesity and diabetes are among the greatest threats to human health. Worldwide, 425 million people have diabetes and 650 million are obese, and forecasts show that these numbers will continue to escalate in the years ahead.

Gökhan Hotamışlıgil, the recipient of the 2018 EASD–Novo Nordisk Foundation Diabetes Prize for Excellence, has spent the last 25 years examining the cause of the metabolism crisis and the seeds of a solution.

“To understand the root causes of a health problem so common, one has to look back into our evolutionary history to get a perspective on the reasons behind this alarming development. For example, one can imagine that neither obesity nor diabetes were concerns for the evolutionary process and, as a result, we ended up with weak natural defences and became vulnerable to these diseases. Maybe evolution gave us a biological infrastructure that is in mismatch with the current chapter of human history. Our goal is to find the mechanisms underlying these vulnerabilities at the molecular level and help people to overcome them.”

Gökhan Hotamışlıgil’s research has been groundbreaking in many areas for understanding the relationship between obesity and diabetes. These include his discovery of the importance of the chronic inflammation among many people who are overweight and/or have diabetes and of uncovering the underlying mechanisms. In 2002, Gökhan Hotamışlıgil found abnormally elevated levels of the JNK enzyme in obesity and demonstrated that correcting this activity greatly improved metabolic health. This line of his work has defined a whole new research field. His lab has also discovered the metabolic biology of the organelle called the endoplasmic reticulum and its dysfunction in both obesity and diabetes and has elucidated key underlying mechanisms and therapeutic tools to target this organelle. These contributions have created a new paradigm in understanding of obesity and diabetes and how a larger cluster of metabolic problems can be approached from the organelle biology perspective.

However, Gökhan Hotamışlıgil’s research has never stopped with a basic scientific discovery. He has constantly focused on translating the research results to benefit people. In 2015, this led to a remarkable discovery, when his group discovered that the protein adipocyte protein 2 (aP2), which is naturally expressed by human fat cells, is in fact a novel hormone that greatly influences the development of diabetes, fatty liver disease and cardiovascular pathologies. When aP2 function is blocked, genetically or pharmacologically in mice, the animals are protected against insulin resistance and diabetes even when severely obese due to dietary or genetic interventions, and remain so for as long as they live. Recently, Gökhan Hotamışlıgil’s laboratory has developed antibodies that target aP2, which is pathologically elevated in humans with obesity, diabetes and cardiovascular disease, partly blocking its function in the blood.

“The next step will be to investigate whether the same strategy can be applied as a therapy for diabetes and other metabolic diseases in humans. Prospects of therapeutic interventions are stirring while new questions have arisen regarding communication between organs and organelle dysfunction,” he says.

For his extraordinary contributions, Gökhan Hotamışlıgil receives the 2018 EASD–Novo Nordisk Foundation Diabetes Prize for Excellence. The Prize, which is accompanied by DKK 6 million (€806,000), is awarded to recognize outstanding research or technology contributions that increase knowledge of diabetes, its disease mechanisms or its complications.

Gökhan Hotamışlıgil says: “I am tremendously humbled to receive this most prestigious award for excellence in diabetes research. There is nothing as valuable as the recognition by peers in one’s scientific career. I would like to accept this momentous honour on behalf of my students and fellows; without their dedication and diligence, none of the cited accomplishments would have been possible. I am grateful to the great teachers and mentors, from elementary school onwards, I had the immense fortune to encounter and to those who have supported our work over the past 25 years for their generosity. My deepest gratitude goes to my family for their endless and invaluable love, support and patience. I hope that one day our work will make a small contribution to the quality of human life, especially among those influenced by metabolic diseases.”

Birgitte Nauntofte, CEO of the Novo Nordisk Foundation, says: “In awarding this prize for diabetes research, the Novo Nordisk Foundation wants to recognize the best researchers within this important field. I would like to congratulate Gökhan Hotamışlıgil on his successful career and outstanding achievements, which have decisively influenced development within diabetes research.”

The Prize will be officially awarded at a ceremony at the 54th EASD Annual Meeting in Berlin, Germany on 3 October.

The EASD–Novo Nordisk Foundation Diabetes Prize for Excellence is awarded to an internationally recognized researcher who has contributed significantly to diabetes research.

The Prize winner’s research may focus on prevention, treatment and/or basic research in physiological biochemistry. The research may also be clinically oriented. In addition, the Prize may be awarded for the “discovery of the decade” within diabetes research.

The European Association for the Study of Diabetes e.V. (EASD) is a non-profit, medical scientific association. It was founded in 1965, and its headquarters is based in Düsseldorf, Germany. EASD is one of the largest networks for diabetologists worldwide; membership is open to scientists, physicians, students, postdocs and fellows, allied health professionals and nurses from all over the world who are interested in the field of diabetes or related diseases.

The aims of the Association are to encourage and support research in the field of diabetes, to rapidly diffuse acquired knowledge and to facilitate its application. www.easd.org