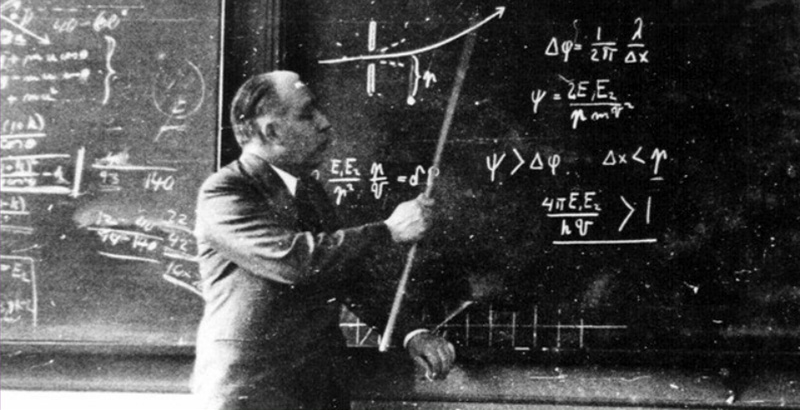 The Continuation of Niels Bohr’s Research Tradition at His Institute

Danish physicist Niels Bohr (1885–1962) is considered one of the greatest scientists in history within his field. During his career, he made fundamental contributions to understanding atomic structure and the development of quantum mechanics.

Niels Bohr is known in particular for his model of the atom. In 1913, he published three articles in which he not only explained his theory on the hydrogen atom but also sought to understand the structure of all the atoms in the periodic table and how they bond to form molecules. In contrast to classical physics, Bohr based his theory among other things on the assumption that electrons in the hydrogen atom can only move in fixed orbits, absorbing or emitting electromagnetic radiation when moving from one orbit to another. Niels Bohr was awarded the Nobel Prize in Physics in 1922 for this groundbreaking theory.

Niels Bohr was also the main force behind the establishment of the Institute of Theoretical Physics at the University of Copenhagen in 1921. It was renamed the Niels Bohr Institute in 1965.

The Novo Nordisk Foundation has awarded a grant to establish a 2-year postdoctoral position for research based on the historical material at the Niels Bohr Archive, an independent institution located at the Niels Bohr Institute. The Archive contains original letters, working models, photographs, newspaper clippings and other material from Niels Bohr, his co-workers and successors. The grant has been awarded in commemoration of the 100th anniversary of Niels Bohr’s model of the atom.

The postdoctoral position was advertised in international competition. Thiago Hartz Maia from Universidade Federal da Bahia (Federal University of Bahia) in Salvador, Brazil, will start his appointment in October 2013. The project will contribute to the history of how Bohr’s younger co-workers and successors were able to continue the research tradition at Bohr’s institute, which Bohr himself started and which continues to this day.

The Nordic Insulin Foundation, a predecessor of the Novo Nordisk Foundation, contributed substantial grants to Niels Bohr’s research over the years.

The photo on the top of the page shows Niels Bohr lecturing in Copenhagen, 1947. Source: The Niels Bohr Archive.

Application Info
The Novo Nordisk Foundation decides whether to award stand-alone grants for individual projects based on the applications received.

Close contact information
By continuing to use the site, you agree to the use of cookies.AcceptPrivacy policy