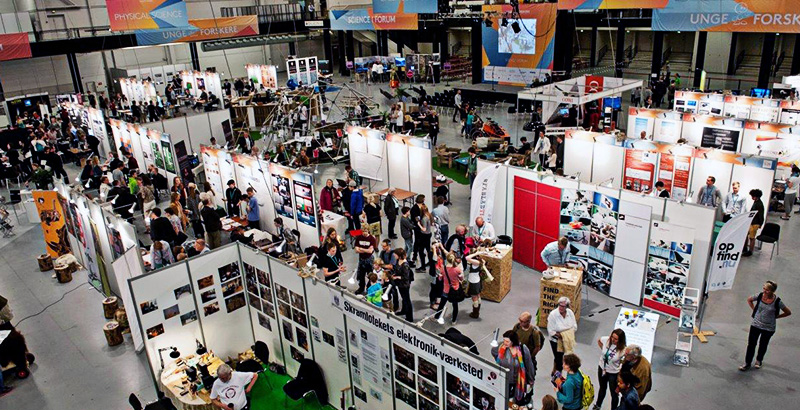 A new series of TV programmes produced by the Danish Broadcasting Corporation (DR) will follow a group of participants in Young Scientists: Denmark’s largest science talent competition for children and adolescents. Students in primary and lower-secondary schools and in upper-secondary schools compete using inventiveness and good ideas.

The series of 5 programmes will follow a group of girls and boys participating in Young Scientists 2015 from the time they start preparing at school through possible selection for the semifinals and until the finals in Copenhagen. The series is also following senior participants at a camp preparing for the finals.

The Novo Nordisk Foundation has been supporting the Young Scientists competition since 2011 as one of the largest donors.

The Foundation is supporting the TV project to raise awareness about Young Scientists by creating a series of programmes that can contribute to stimulating the creativity, inspiration and knowledge of children and adolescents in bioscience and biotechnology.

The Novo Nordisk Foundation has awarded DKK 1 million to the production company DocEye ApS to co-fund the project.

The project is a partnership between DocEye ApS, Danish Science Factory, DR, the Novo Nordisk Foundation and the Lundbeck Foundation.

Close contact information
By continuing to use the site, you agree to the use of cookies.AcceptPrivacy policy