The EUSO highlights new and exciting aspects of the natural sciences. Previous participants tell us that competing in the EUSO represents a tremendous opportunity for scientific development and is a great social experience for young people. Hans marker, chair, EUSO 2017 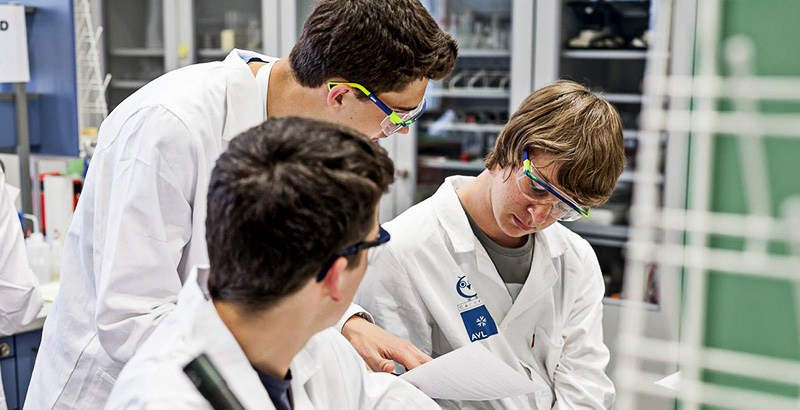 Upper-secondary school students from all over the world compete annually in international olympiads in various scientific subjects.

In 2017, Denmark will host the 15th European Union Science Olympiad (EUSO). The most talented science students from upper-secondary schools in Europe will be competing in practical assignments that test their knowledge and competencies in Copenhagen on 7–14 May.

The EUSO differs from other olympiads by being a multi-subject team competition for the youngest students attending upper-secondary schools.

The EUSO aims to stimulate young people at an early stage in their education to sustain their interest in the natural sciences.

The first EUSO was held in Galway, Ireland. Denmark participated for the first time in 2008.

“The EUSO gave us completely new perspectives on science and has generally made us much more enthusiastic about the natural sciences,” says EUSO 2015 participants Kristine Aarup, Jeppe Thaibert and Sofie Thomsen from Dronninglund Gymnasium.

The Novo Nordisk Foundation has awarded DKK 500,000 towards preparing and holding EUSO 2017 in Copenhagen.

EUSO 2017 is being organized and run by EUSO Denmark in collaboration with the Technical University of Denmark; the University of Copenhagen; the Danish Association of Biologists; the Danish associations of teachers of mathematics, physics and chemistry; the City of Copenhagen; and the Ministry for Children, Education and Gender Equality. His Royal Highness Prince Joachim is the patron of EUSO 2017.