Project RYSE seeks to engage young Syrian refugees and other conflict affected young people in Jordan to build better futures for themselves and their communities. 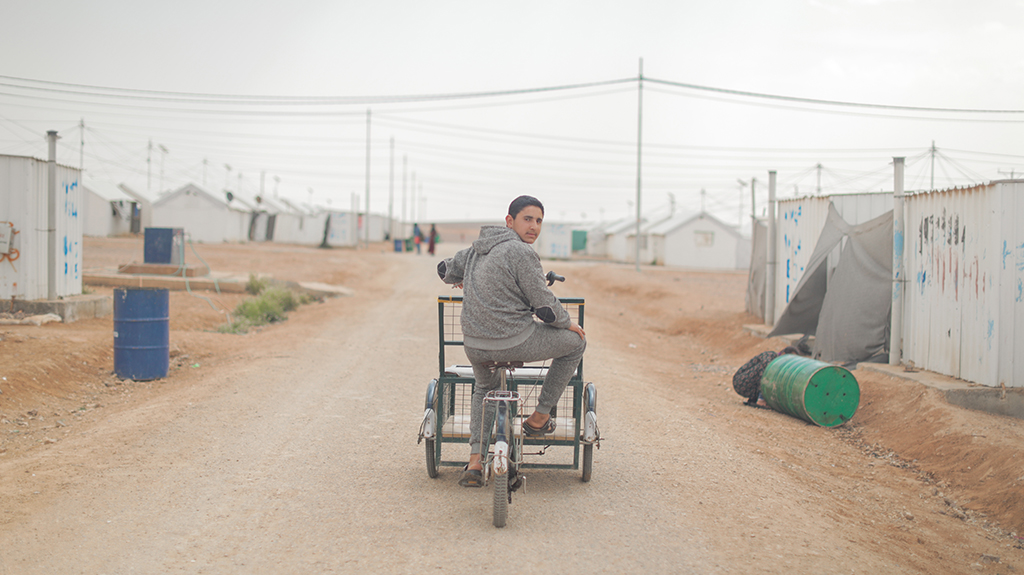 The conflict in Syria is one of the reasons why the world today is witnessing the highest number of children and adults having been displaced from their homes. The foundation focuses on supporting the many Syrian refugees in neighboring Jordan and Lebanon as well as the displaced who continue their reside in Syria. In Jordan, the majority of Syrian refugees are children and young people, with a strong desire to eventually become independent of emergency aid and be able to support themselves. However, there are extensive barriers to this – not least because access to education for young Syrians is limited. At the same time, unemployment among young Syrian refugees approaches a staggering 84%. According to the UNHCR, Jordan has the second highest share of refugees in the world compared to their population. This intensifies the pressure on the country’s already fragile economy and social fabric, making it difficult to manage and improve the livelihoods of the most vulnerable parts of the population.

The Novo Nordisk Foundation has awarded a grant of DKK 120 million to a three-year effort in Jordan. The project is named RYSE: Resilient Youth, Socially and Economically Empowered and will strengthen young people’s opportunities to integrate into society, participate in the labour market in Jordan and thereby improve their prospects. The goal of the new project is to enhance their self-sufficiency through education and by developing skills that are in demand in the labour market.

The effort is implemented by a unique consortium of strong organizations, including the Foundation, the Danish Refugee Council, public authorities in Jordan and several local partners with in-depth experience in providing various kinds of support for Syrian refugees and other vulnerable young people outside the labour market.

The project involves initiatives in three areas. First, the project focuses on the families of young people, helping them to overcome barriers to employment. The families are matched with specialists who will coach and advise them to strengthen aspects of their finance management, entrepreneurial skills, personal relations and access to jobs.

Second, through sports, theatre, other creative activities in school and various community activities, young people will be trained in skills that are valued in the labour market, such as collaboration, communication and leadership.

Finally, the project will support the Jordan government in implementing structures of society, encouraging refugees to take part in civil society as well as in the labour market, hereby making them a positive and contributing factor for the country of Jordan. Since a substantial number of young women are excluded from the labour market and hampered by significant social and cultural barriers, the project will work to ensure that young women are included and engaged on equal terms with men, on all stages of the project.

The initiative will generate important knowledge on how best to improve the livelihoods of refugees and support them in becoming self-sufficient. By integrating many different approaches and competencies, the partners will create innovative, coordinated efforts covering at least 25,000 young people, making them a positive force of change in a conflict-ridden region.