Tracing The Major Heroes of Science

The TV series aims to stimulate interest in the natural sciences – especially among children and adolescents. August Krogh is one of the scientists profiled. 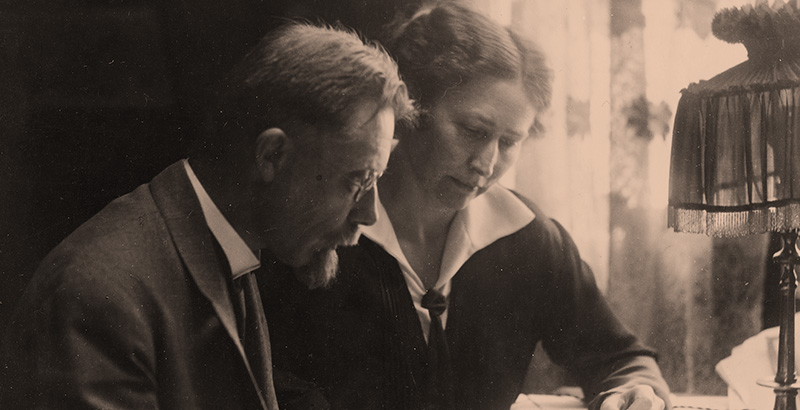 August Krogh (1874–1949) is recognized as one of the greatest scientists in Denmark’s history. Krogh was Professor of Zoophysiology at the University of Copenhagen and had an eminent research career. In 1920, he was awarded the Nobel Prize in Physiology or Medicine.

Following an invitation to go on a lecture tour in the United States, he took a detour to Canada, returning to Denmark with the rights to begin manufacturing insulin in Denmark. This marked the beginning of developing world-class diabetes medicine.

The life and research of August Krogh will now be told on TV when the Experimentarium and the Danish Broadcasting Corporation (DR) profile six of Denmark’s greatest scientists through the ages in Great Danish Scientists. Each 30-minute film tells the story of pioneering research and its impact from the perspectives of young present-day scientists. The TV series takes viewers back to the era of the main character and tells about the ups and downs, challenges and breakthroughs. In addition to August Krogh, the series profiles Tycho Brahe, Niels Bohr, Inge Lehmann, Nicolas Steno (Niels Stensen) and Hans Christian Ørsted.

“In making this series of films, we do not simply want to shed light on the most important discoveries in the history of science in Denmark,” explains Asger Høeg, Executive Director of the Experimentarium. “We want to get right under the skin of these outstanding personalities – what special qualities did they have, and what drove them to achieve their goals? August Krogh, for example, could visualize complicated experiments in incredibly rich detail just by lying down and staring at the ceiling before entering the laboratory and then recreating them to the letter. This helped him to solve many quandaries in physiology.”

The films aim to stimulate interest in the natural sciences – especially among children and adolescents. The films are intended to paint a varied picture of what research involves, moving away from the image of science as boring and unimaginative. In addition, the ambition is for the films to establish a series of both historical and living scientific role models based on the scientists featured. The films are being syndicated with Norwegian and Swedish TV.

The Novo Nordisk Foundation has awarded DKK 500,000 to the Experimentarium for dissemination and activities in connection with the TV series Great Danish Scientists, including the film about August Krogh.