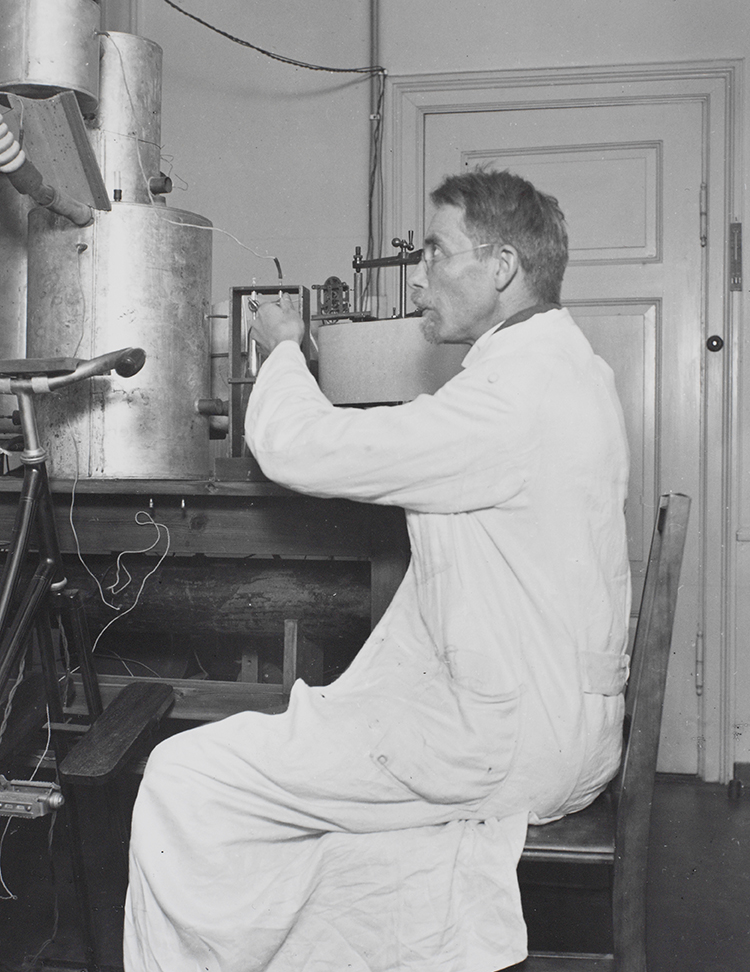 It began with a journey…

… A journey driven by scientific curiosity, desire to change the world, business sense and public spirit in addition to unusual commitment and willpower

In 1922, August Krogh, a professor at the University of Copenhagen, went on a lecture tour of universities on the east coast of the United States after receiving the Nobel Prize in Physiology or Medicine in 1920. During this tour, his wife, Marie Krogh, persuaded the renowned Danish scientist to take a detour to Toronto, Canada, where the scientists Frederick Banting, Charles Best and John Macleod had just succeeded in manufacturing active insulin. The outcome was that August Krogh received permission to manufacture insulin in the Nordic countries. This not only changed the lives of August and Marie Krogh but also became the starting-point for a unique scientific odyssey and Danish business adventure.

August Krogh returned to Copenhagen in December 1922 with permission to manufacture insulin and instinctively knew that he had a historic opportunity and responsibility to change the lives of thousands of incurably sick people with diabetes in Denmark and the other Nordic countries. In a commemorative publication from 1924, Krogh gave a comprehensive account of his role in securing the permission and his own journey to Canada: ”I was soon convinced that it would be invaluable to bring the benefits of insulin to Denmark …”

From the very beginning, the primary considerations focused on the special scientific and societal responsibility associated with producing life-saving medicine and how this could best be ensured in a foundation structure. Thus, science and public spirit were integral to the Group’s history and raison d’être and have been ever since. Today, this spirit is extremely important for the Group and its activities: contributing significantly to research and development that improves the health and welfare of people. 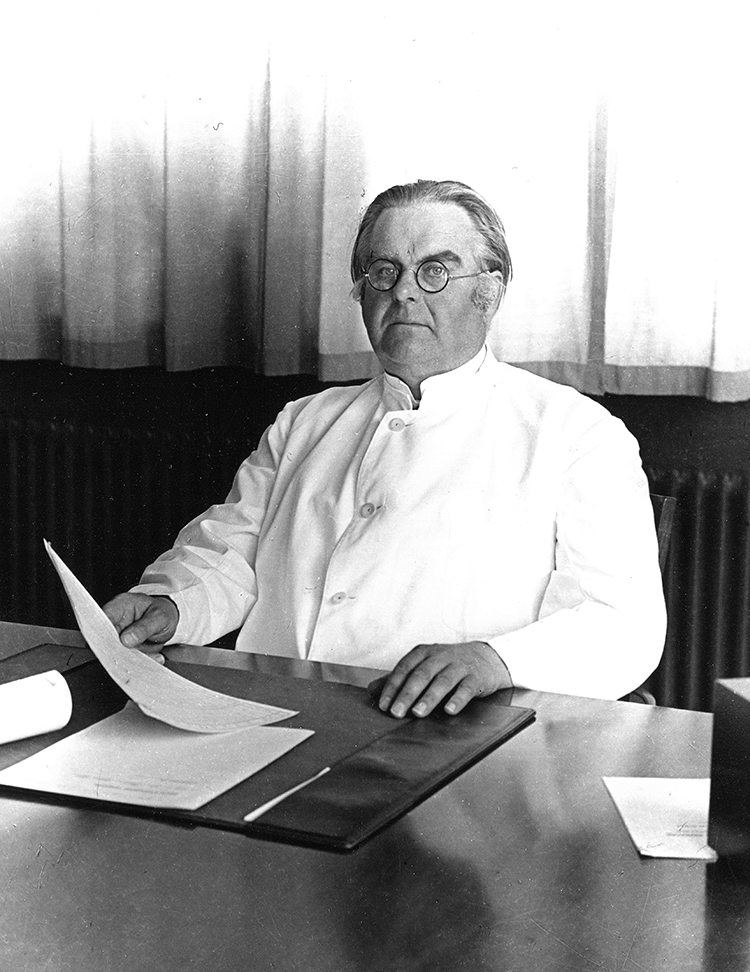 From the start, the founders placed the company and its responsibilities in a foundation structure. Hagedorn, August Krogh and Kongsted comprised the formal Nordisk leadership in both the company and the foundation and, although all three were very diverse and charismatic men, they agreed on one thing: the profit from the sale of diabetes medicine would be used for scientific and humanitarian purposes. This was fully in accordance with the agreement that August Krogh made with the Insulin Committee of the University of Toronto.

In 1924, an event took place with far-reaching consequences for the history of the Group. As a result of a disagreement, Hans Christian Hagedorn fired one of his most trusted employees, Thorvald Pedersen, a pharmacist and chemist. His brother, Harald Petersen, a highly valued employee working for August Krogh, resigned out of loyalty to Thorvald.

According to the people involved, the following exchange took place:

August Krogh: “What are you going to do?”

Harald Pedersen: “We will show you!” 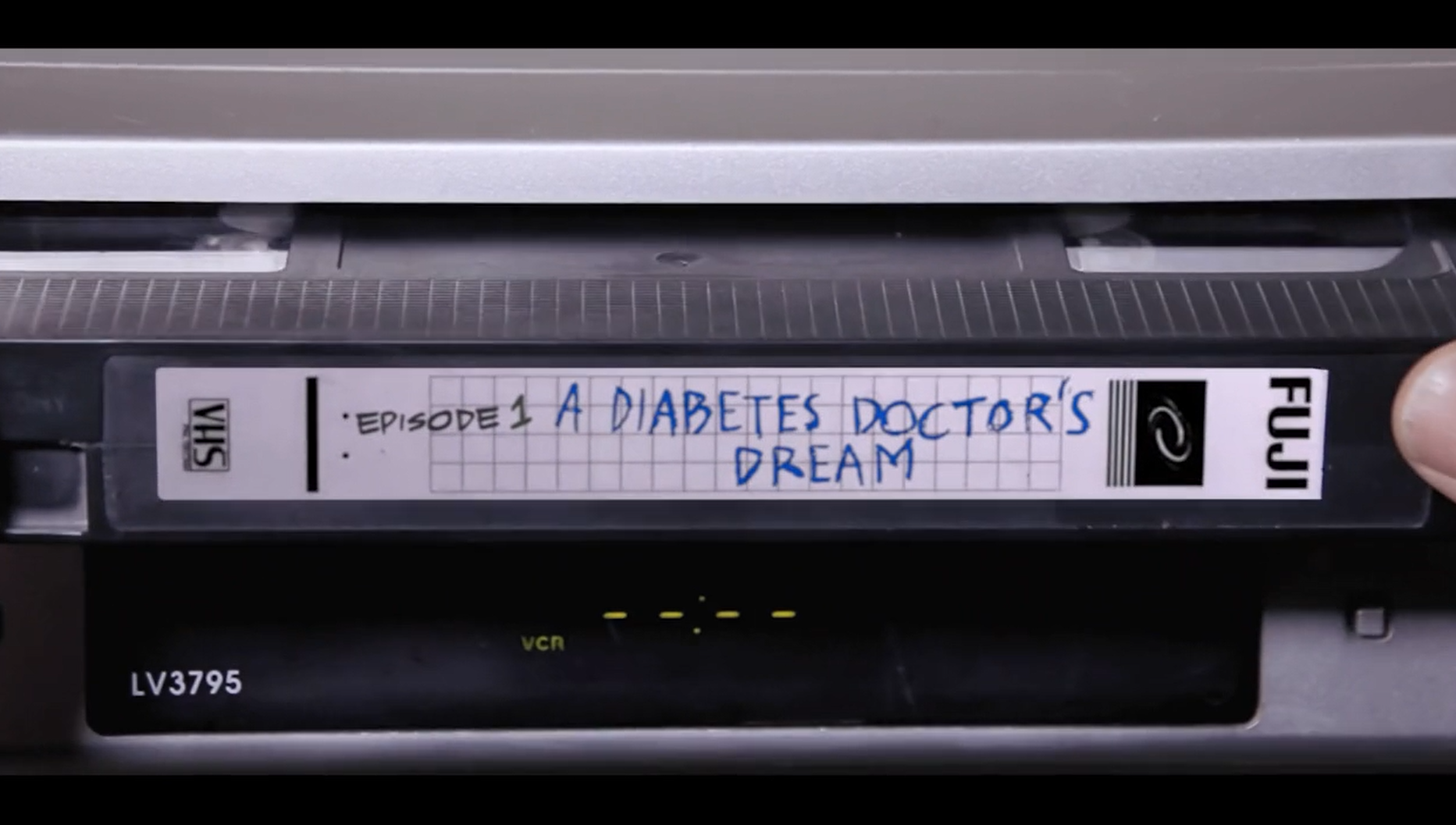 The Story of GLP-1. “A diabetes doctor’s dream”. Episode 1 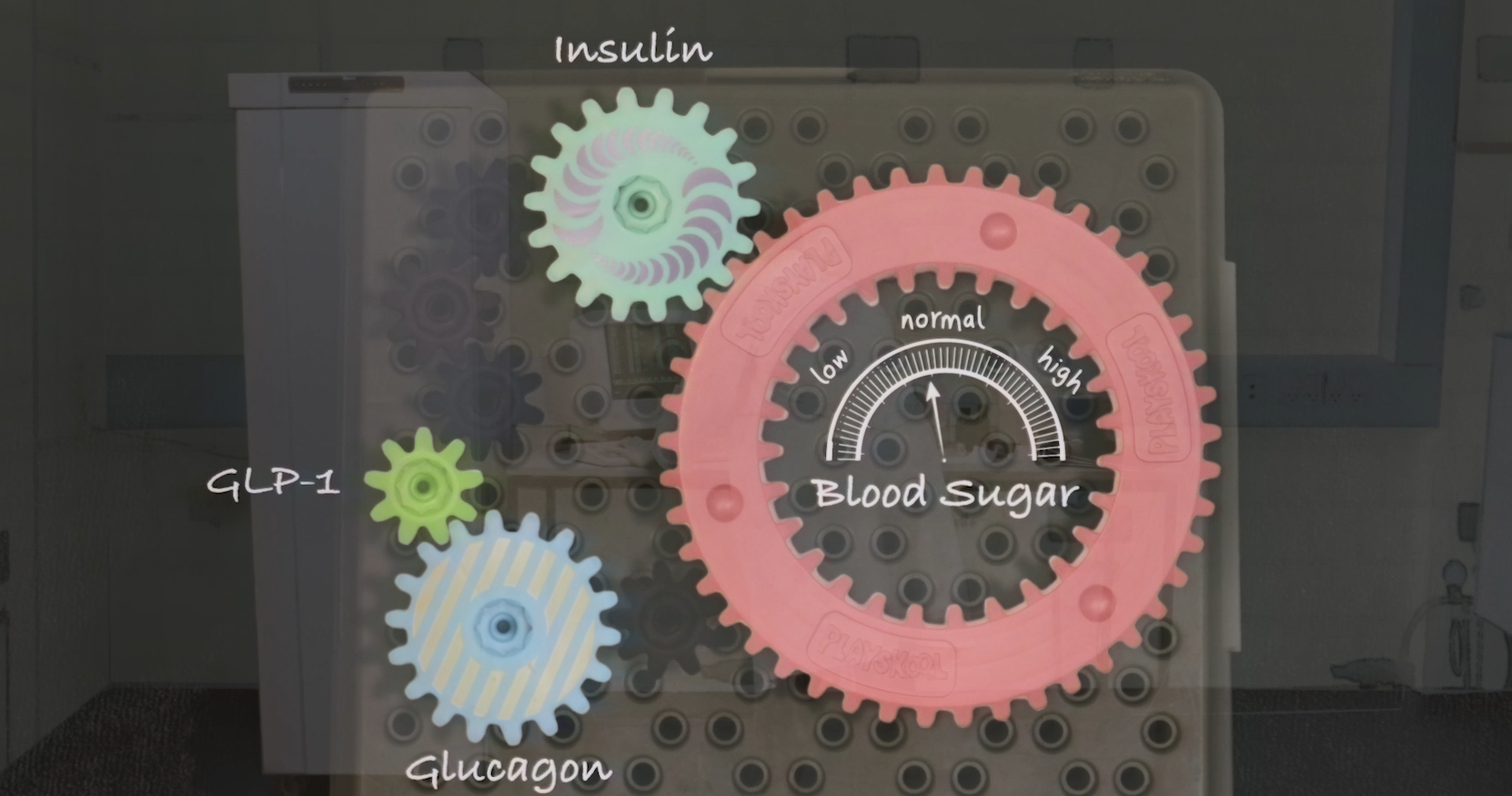 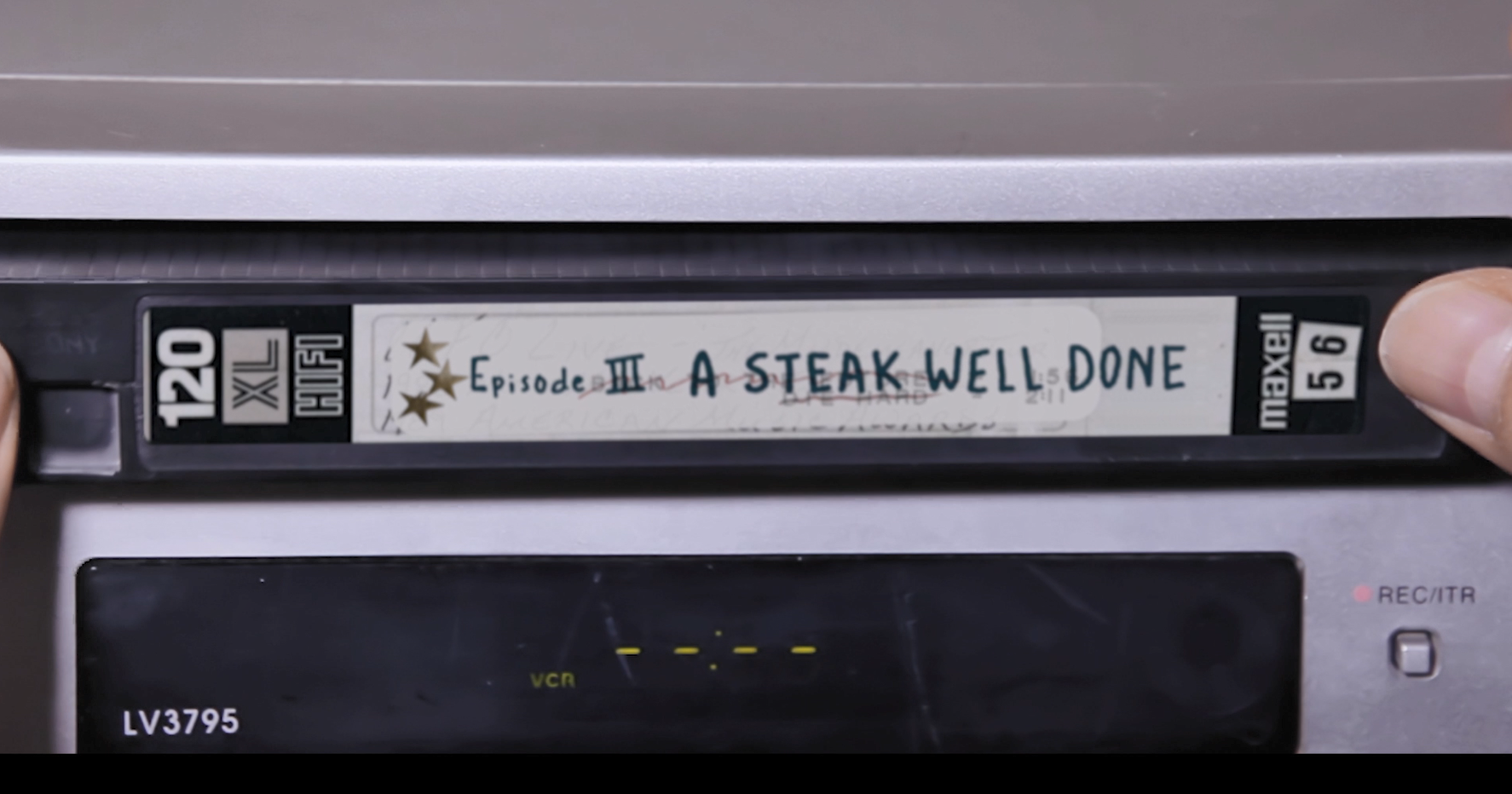 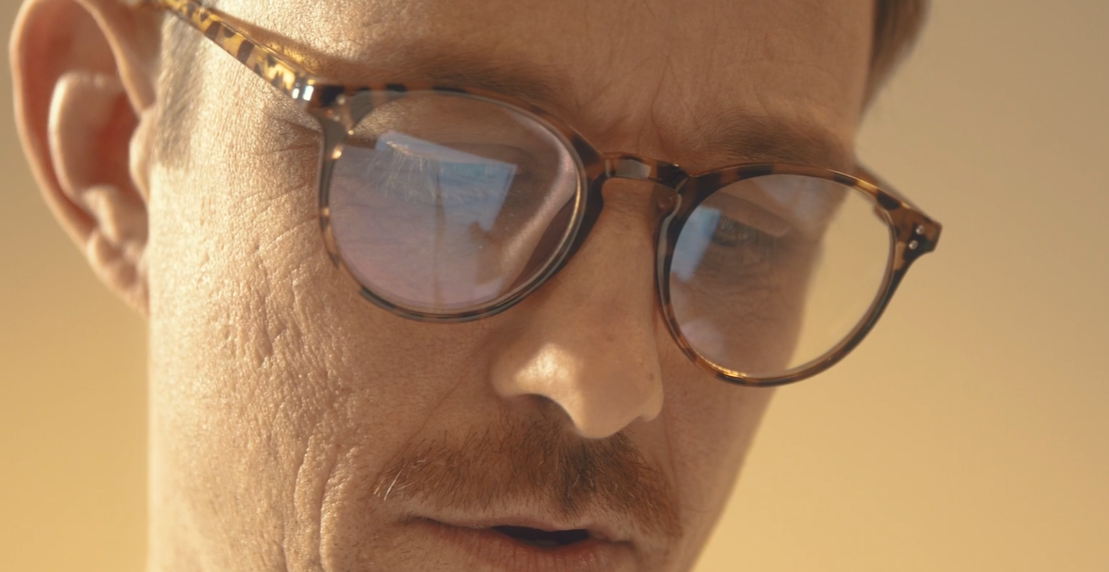 The Story of GLP-1. “The next really good idea”. Episode 4 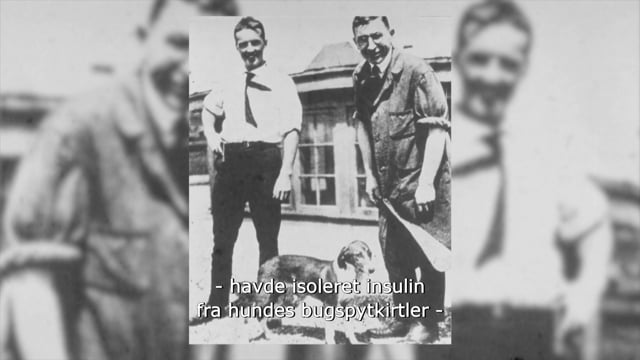 The story about Steno Diabetes Center – Episode 1 “The Miracle” 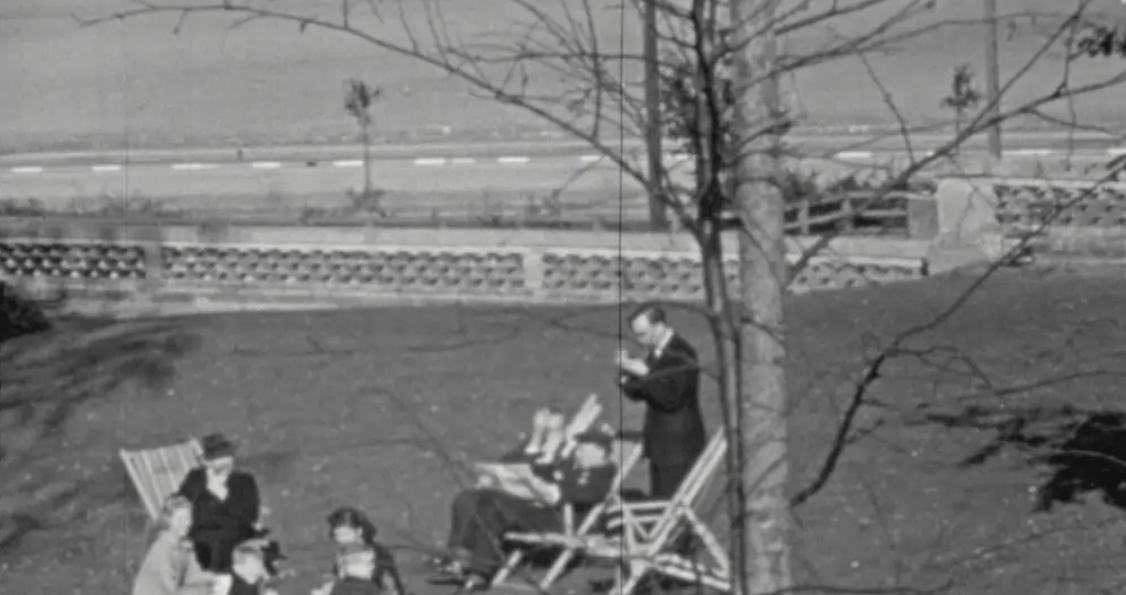 The story about Steno Diabetes Center – Episode 2 “The Vision”

The story about Steno Diabetes Center – Episode 3 “The Name”

The story about Steno Diabetes Center – Episode 4 “The Battle” 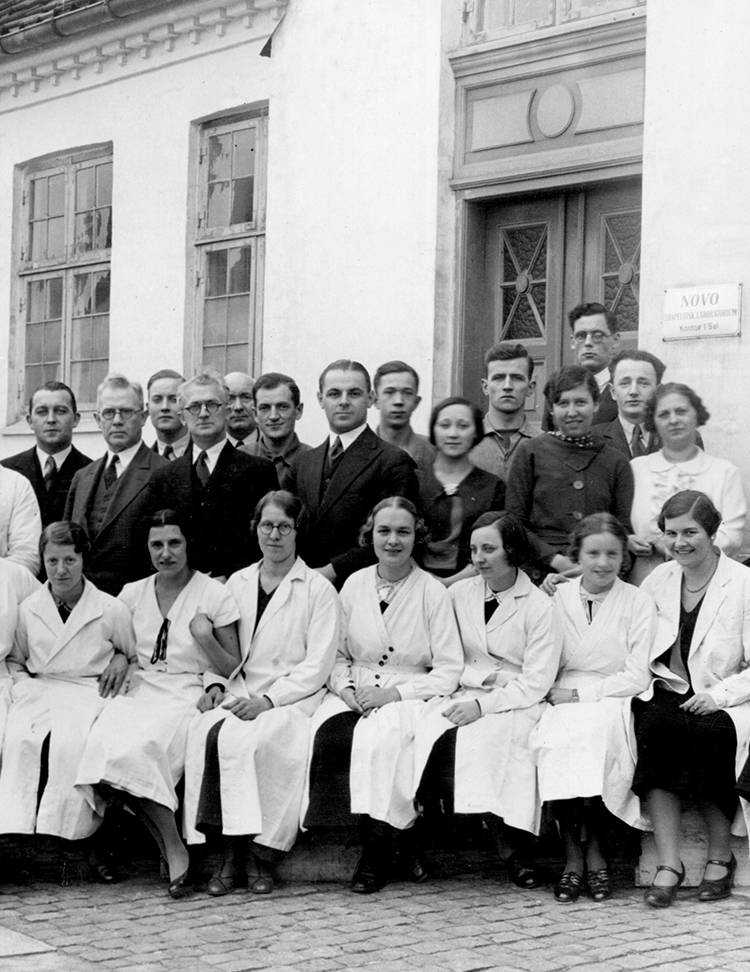 The die was now cast for decades of rivalry between two companies, two images and two cultures, but both with the same overall objective: to develop and manufacture world-class diabetes medicine. Hagedorn, August Krogh and Kongsted belonged to the established social and intellectual elite with deep roots in the world of science and its way of thinking and pathos; the Pedersen brothers could not display the same impressive achievements or network. They therefore described themselves as manufacturers and virtually boasted about having a totally different background than their previous employers.

The differences could not have been greater. Nevertheless, although the Pedersen brothers starting the Novo branch did not have the same thorough understanding of diabetes, the same scientific background or even the same knowledge about manufacturing and selling pharmaceutical products as the Nordisk branch, their entrepreneurial spirit, inventiveness and perseverance compensated for these disadvantages. August Krogh had to eat his slightly condescending words. Harald and Thorvald Pedersen managed – and then some. But they did it in their way, and their approach to the task differed decisively.

The Pedersen brothers did not initially establish a foundation equivalent to the Nordisk Insulin Foundation, the main task of which was to award grants for scientific research. The Novo Foundation was not established until 1951, nearly three decades after the Nordisk Insulin Foundation was created, with Thorvald Pedersen as Chair and with both he and Harald Pedersen as life members of the Board. The Novo Foundation was mainly a foundation with corporate interests with the clear mission of ensuring the survival of Novo Terapeutisk Laboratorium and developing the business optimally. The Foundation began to award grants regularly in the early 1960s in medicine, veterinary sciences, natural sciences, business, the humanities and humanitarian and social causes.

In 1973, Novo Terapeutisk Laboratorium and Novo Industri merged and became Novo Industri A/S, the internationally known name. In 1974, Novo Industri A/S was listed on the Copenhagen Stock Exchange, with the Novo Foundation retaining a controlling interest in accordance with the Articles of Association and the owners’ wishes.

The competitors, Nordisk Insulinlaboratorium, followed a different path. Despite massively investing during that period in new sites and factory buildings, the company was initially self-financing. On the Nordisk branch, the management reorganised into three divisions: 1) the commercial part called Nordisk Gentofte A/S; 2) Steno Memorial Hospital Research Laboratory, which was renamed the Hagedorn Research Laboratory; and 3) Steno Memorial Hospital. The Nordisk Insulin Foundation continued to award grants.

Explore the history of the Novo Nordisk Foundation through the decades. 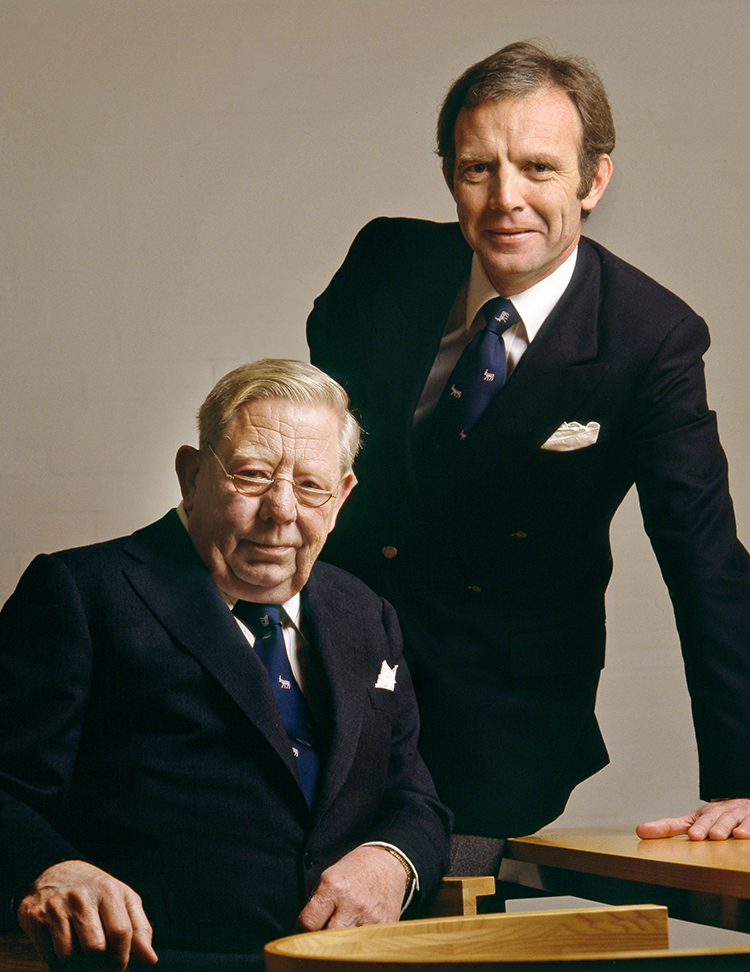 Merger on the horizon

How was the stage set in the mid-1980s? Two pharmaceutical companies, large by Danish standards but small in global terms, were operating within a few kilometres of each other, both manufacturing insulin as their core business. Both companies were pursuing the same markets, the same researchers and the same scientific personnel, which were vital to the future development of the companies.

There was talk of a possible merger in the circles around the two companies and their respective foundations. The discreet feelers came to nothing, at least at first. The historical, cultural and personal barriers were too great. August Krogh’s words to Harald Pedersen in 1924, “You’ll never manage that”, and Pedersen’s reply, “We will show you”, were perhaps no longer prominently displayed in the corridors of the respective companies, but the voices of the past and the fierce competition between them had not been forgotten.

Nevertheless, in January 1989, the boards of the two foundations with corporate interests, Novo Foundation and Nordisk Insulinlaboratorium, issued a press release that unleashed tremendous external attention on the two companies and was the equivalent of a palace revolution internally. The press release was short and sweet: “The Boards of the Novo Foundation and Nordisk Insulinlaboratorium have agreed to merge the two foundations into the Novo Nordisk Foundation.” The press release did not merely culminate one of the largest mergers in Denmark’s corporate history; it was also an event that all employees of Nordisk and Novo, from the directors’ offices to the warehouses, will never forget.

But what led to this situation? How did events lead to the merger? The short answer can be summarised using some of the same terms that characterised August Krogh, Hans Christian Hagedorn, August Kongsted and the Pedersen brothers when they started out in the 1920s: considerable foresight, vision, courage, business sense and a strong desire to safeguard the future of the companies and thus the awarding of grants for scientific, humanitarian and social purposes. Common sense was also an ingredient, because a merger had obvious advantages. Most importantly, the merger would bring a totally different force behind the Foundation’s mandate “… to provide a stable basis for the commercial and research activities … ”.

A merged company was also clearly expected to be able to generate greater profit and thus be able to increase the grants for health research, and this assumption turned out to be very true.

The Novo Nordisk Foundation thus came into being. Merging the predecessor foundations allowed one foundation to exercise the controlling interest in Novo and Nordisk, which thereby enabled the two companies to merge into Novo Nordisk A/S. 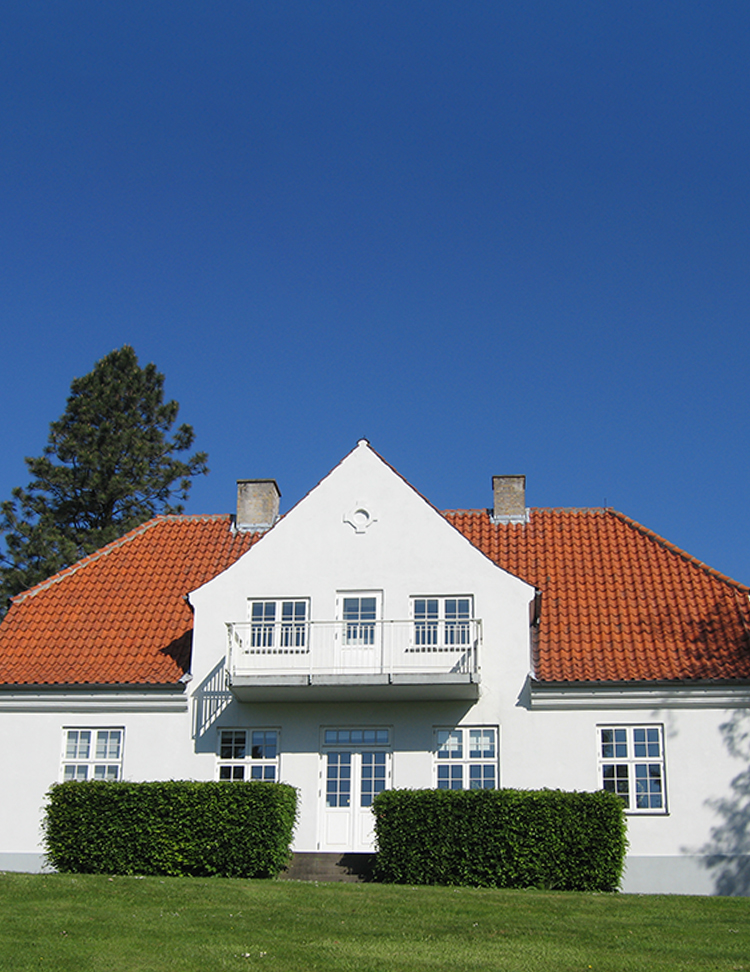 However, almost three years elapsed before the Novo Nordisk Foundation became an independent actor with its own management and administration instead of existing in a drawer in the offices of Novo Nordisk’s CEO. Not until 1999–2000 did the Foundation step into the limelight in its own right, a result of major changes in the Novo Group. The decision was made to split the company into two – one for health care, which retained the name Novo Nordisk A/S, and one for the enzyme business, which became Novozymes A/S.

Thus, what started as a promising journey to Toronto nearly a century ago has developed today into a great Danish business venture. The Novo Nordisk Foundation has awarded thousands of grants, primarily for health research, with the funding increasing significantly in recent years. The Foundation’s journey continues.

The founders of the insulin adventure 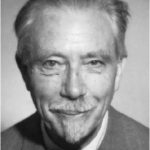 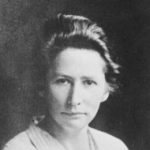 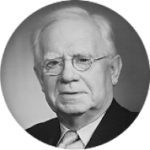 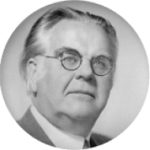 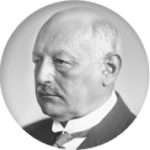 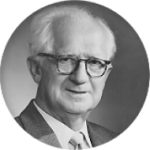