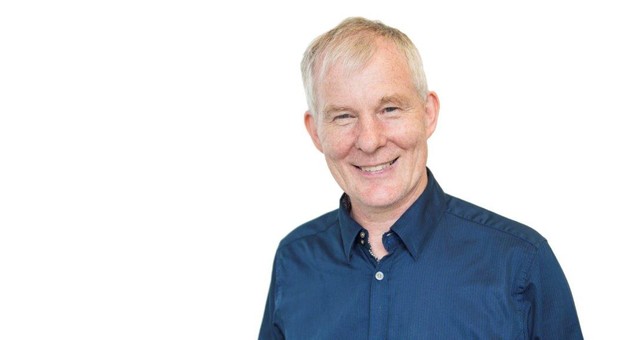 Andrew Hattersley, professor at the University of Exeter Medical School, and diabetes consultant at the Royal Devon & Exeter Hospital has focused his research for the last 25 years on understanding the genetic forms of diabetes known as monogenic diabetes. This has led to not only new scientific insights but also new approaches to diagnosis and treatment for the patients.

Monogenic diabetes results because one of the 3 billion bases in a patient’s genetic code is altered. Trying to find the cause of this type of diabetes is like looking for one spelling mistake in a library full of books. Andrew Hattersley and his excellent genetics colleagues in Exeter have found the single altered base in 3 billion for 15 different genetic types of diabetes.

Finding the genetic cause of the diabetes has led to the recognition of new subtypes of diabetes that have unique clinical features, with specific requirements for their treatment and clinical care. The most dramatic example is that some patients diagnosed with diabetes in the first 6 months of life who were expected to be on insulin injections for their whole lives have been shown by the Exeter researchers to get better control of their blood glucose with tablets. These results have meant that treatment decisions are based on the gene mutation an individual has, thus providing a precision medicine approach to this subgroup of diabetes, revolutionizing diagnosis and treatment worldwide.

For his extraordinary contributions, Andrew Hattersley receives the 2016 EASD–Novo Nordisk Foundation Diabetes Prize for Excellence. The Prize is awarded to recognize outstanding research or technology contributions to the understanding of diabetes, its disease mechanisms or its complications.

“It is a great honour to receive this prestigious award. I have been very lucky to work with superb colleagues in Exeter over the past 21 years. This award recognises their outstanding efforts as much as my own. It has been very exciting to see the science of gene discovery have a direct impact on patient care,” says Andrew Hattersley.

“Andrew Hattersley personifies a complete clinician scientist who has transformed our understanding, diagnosis and treatment of monogenic diabetes. He is an obvious recipient of this prestigious prize,” commented Juleen Zierath, professor and President of the EASD.

Birgitte Nauntofte, CEO of the Novo Nordisk Foundation, says: “In awarding this major prize for diabetes research, the Novo Nordisk Foundation wants to recognize the absolutely best researchers within this important field. I would like to congratulate Andrew Hattersley on his outstanding achievements, which include not only making new discoveries but also translating research results into clinical practice to benefit people with diabetes.”

The Prize is accompanied by DKK 6 million (€806,000) – of which DKK 1 million (€134,000) is a personal award and the remaining DKK 5 million (€672,000) is for research purposes. This makes it the world’s biggest personal diabetes-related research prize. The Prize will be officially awarded at a ceremony at the 52st EASD Annual Meeting in Munich, Germany on 14 September.

Andrew Hattersley has worked in Exeter since 1995 and has published over 500 peer-reviewed research papers mainly in the area of genetics of diabetes. He was elected to the Fellowship of the Royal Society, the highest scientific accolade in the United Kingdom. He has won many international and national awards for his research.

Read an expanded resumé and a research interview with Andrew Hattersley here.

The Prize is awarded to an internationally recognized researcher who has contributed significantly to diabetes research. The Prize winner’s research may focus on prevention, treatment and/or basic research in physiological biochemistry. The research may also be clinically oriented. In addition, the Prize may be awarded for the “discovery of the decade” within diabetes research.

The EASD was founded in Montecatini, Italy in 1965. The EASD is based on individual membership and embraces scientists, physicians, laboratory workers, nurses and students from all over the world who are interested in diabetes and related subjects.

The mission of EASD is to promote excellence in diabetes care through research and education. The aims of the EASD are to encourage and support research in the field of diabetes, to rapidly diffuse acquired knowledge and to facilitate its application. www.easd.org

ABOUT THE NOVO NORDISK FOUNDATION

The Novo Nordisk Foundation is an independent Danish foundation with corporate interests. Its history goes back more than 90 years.

The objectives of the Foundation are:

The vision of the Foundation is to contribute significantly to research and development that improves the health and welfare of people. Since 2010, the Foundation has donated more than DKK 9 billion (€1.2 billion), primarily for research within biomedicine and biotechnology and diabetes treatment at universities and hospitals in Denmark and the other Nordic countries. www.novonordiskfonden.dk

ABOUT THE UNIVERSITY OF EXETER MEDICAL SCHOOL

The University of Exeter Medical School is improving the health of the South West and beyond through the development of high quality graduates and world-leading research that has international impact. As part of a Russell Group university, the university combines this world-class research with very high levels of student satisfaction. The University of Exeter Medical School’s Medicine programme is ranked 10th in the Guardian University Guide 2017. Exeter has over 19,000 students and is one of the global top 100 universities according to the Times Higher Education World University Rankings 2015–16, positioned 93rd. www.exeter.ac.uk/Medicine