Antibodies for Treating Parkinson’s on the Way

Muhammed Ali was battling with Parkinson’s disease when he died earlier this year. Other famous people with Parkinson’s disease include actors Michael J. Fox and Robin Williams. Williams appears to have died from a particular form of the disease, Dementia with Lewy Bodies, in which alpha-synuclein also accumulates in the brain (Photo: Shutterstock) 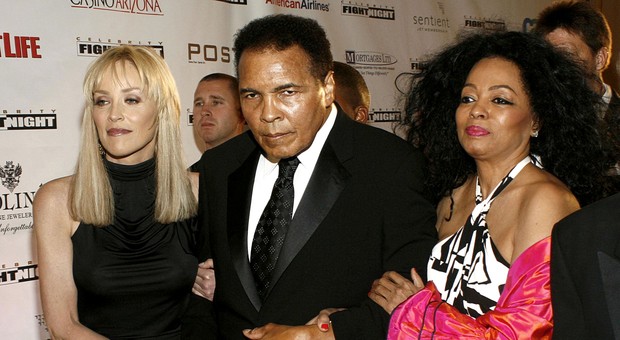 More than 50 million people worldwide have Parkinson’s disease – a deadly disease that has no cure. One of the hallmarks of the disease is formation of protein aggregates inside the brain cells. Now Danish researchers have discovered and tested antibodies that can stop aggregation of the protein and potentially be used to treat patients in the future.

It generally starts with a slight shaking of the hand. Perhaps you forget words, sleep poorly and have very vivid dreams. The symptoms of Parkinson’s usually begin slowly, but it is incapacitating. The quality of life diminishes rapidly during the 7–14 years that typically elapse between diagnosis and death. The causes are probably both genetic and environmental, and it is currently incurable. Danish researchers hope to change this.

“Parkinson’s results from an imbalance in the brain caused by the tiny and unstable protein alpha-synuclein. The proteins is normally a soluble protein inside the cells but can also fold incorrectly and aggregate in slightly larger clusters called oligomers and in much larger aggregations called fibrils. People with the disease accumulate these oligomers and fibrils to a critical degree, and we hope that treatment with antibodies could stop aggregation and inhibit this accumulation,” explains Daniel E. Otzen, Professor at the Department of Molecular Biology and Genetics of Aarhus University and a driving force behind the new research.

The results of the tests of six antibodies are promising because they all bind specifically to the end of the alpha-synuclein that is accessible in all the different protein states. The researchers therefore hope that using the antibodies will enable them to learn how to manipulate the protein between its various states. This knowledge may potentially be used to inhibit the unwanted aggregations.

The brain cells attacked by the imbalance are –for example in a region of the midbrain (substantia nigra), and this results in producing insufficient dopamine, a neurotransmitter. Because dopamine facilitates chemical messaging between nerve cells and has a regulating function in many parts of the body, this gradual destruction of brain cells leads to a similar breakdown of bodily functions.

Today, people with Parkinson’s are primarily treated by alleviating their symptoms with medication that however cannot delay the destruction of the brain cells. Another treatment for a subgroup of patients are, surgical intervention involving inserting microelectrodes that stimulate the brain cells in a specific area.

“Flavonoids, which are compounds present in plants, are another interesting candidates as therapy for Parkinson’s disease. We have recently shown that epigallocatechin gallate, a flavonoid present in green tea, can help to inhibit the creation of alpha-synuclein fibrils and remove the oligomers. Both antibodies and flavonoids provide hope for improving treatment for Parkinson’s and other brain diseases.”

Studies suggest that drinking tea and coffee can help to reduce the risk of Parkinson’s. In contrast, exposure to pesticides and brain injuries are suspected of increasing the risk. Recent research suggests that gut bacteria may be an important factor in Parkinson’s. In this study, rats exposed to Escherichia coli bacteria produced amyloid protein aggregates. This substantially increased the production of alpha-synuclein fibrils in the brains of the rats.

“This might seem baffling, but more and more research has found precisely this link between the gut and the brain. My group at Aarhus University currently participates in a major EU-funded project focusing on this exact link between gut bacteria and brain disease. Demonstrating such a link would provide new opportunities for both treating and preventing this disease.”

“Antibodies against the C-terminus of α-synuclein modulate its fibrillation” has been published in Biophysical Chemistry.