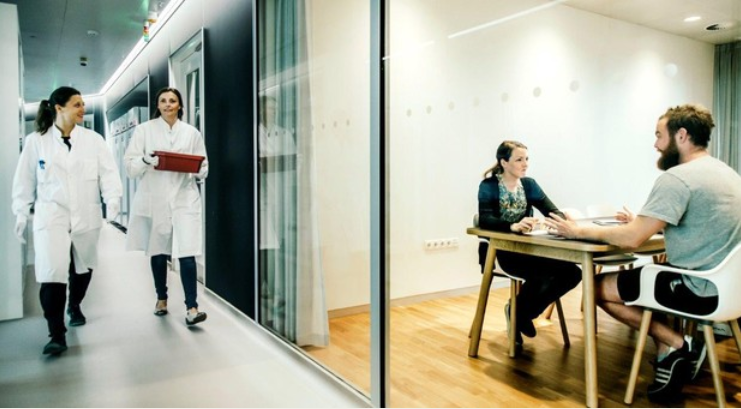 Metabolic diseases such as obesity and diabetes are among the greatest global health challenges. Worldwide, 425 million people have diabetes and 650 million people are obese, and these numbers are forecast to grow in the coming years.

The goal of the Novo Nordisk Foundation Center for Basic Metabolic Research at the University of Copenhagen is to accelerate research that can contribute to new knowledge on methods to prevent and treat metabolic diseases.

Since the Center was established in 2010, it has published more than 1000 articles in prominent scientific journals, contributing to setting the agenda for international research on human metabolism. Notable articles published by researchers at the Center include how our lifestyles can significantly influence our children’s health. Epidemiological studies by these researchers have also shown that eating either too much or too little food in early life can predispose future generations to type 2 diabetes.

The Novo Nordisk Foundation’s grant of DKK 700 million (€94 million) will further boost the Center’s research and its education and outreach activities. Among other things, the grant will contribute to the Center being able to attract more leading researchers and to invest in new technology platforms, thereby enabling researchers to be at the forefront of providing new biological knowledge in a strengthened partnership with researchers in Denmark and internationally.

The Center will also strengthen its close collaboration with the clinical sector.

Birgitte Nauntofte, CEO, Novo Nordisk Foundation, says: “The Novo Nordisk Foundation Center for Basic Metabolic Research has achieved many impressive and pioneering research results. The Center’s plan for its research initiatives in the coming years sets a very high level of ambition. We are looking forward to following the realization of its research, which may create the basis of a new understanding and approach to preventing and treating diseases such as obesity and type 2 diabetes.”

In 2010, the Foundation donated DKK 885 million (€119 million) to the University of Copenhagen to establish the Center.

Read the press release from the University of Copenhagen here.

See a film about the Center here.

Read more about the Center here.

The vision of the Foundation in funding the establishment of a cluster of major research centres is to make Denmark an international leader in research within biomedicine and biotechnology. The ways to enable this include attracting leading researchers, establishing collaboration within Denmark and internationally, educating the next generation of talented researchers and achieving world-class scientific results.

Read more and see a film about the Copenhagen Bioscience Cluster here.