The 2016 Marie and August Krogh Prize has been awarded to Torben Jørgensen for his outstanding contribution to epidemiological research in Denmark, including developing the Research Centre for Prevention and Health, a major research centre of the Capital Region of Denmark. 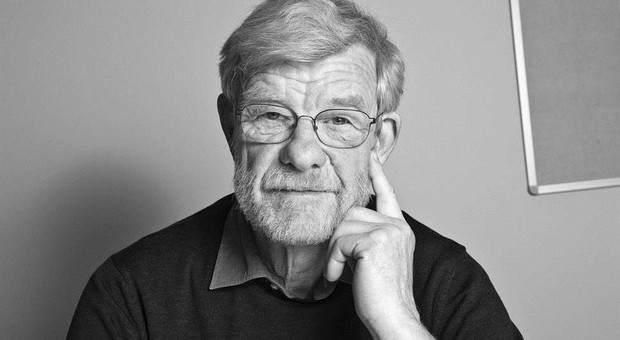 Torben Jørgensen’s career highlights include helping to create a pioneering concept for treating breast cancer including rapid diagnosis and a personal doctor and nurse throughout the entire course of treatment. Denmark’s health care system has implemented this concept ever since. In addition, Torben Jørgensen discovered that smoking hinders wound healing, and getting people to stop smoking before they undergo surgery has therefore become routine.

Torben Jørgensen has always been willing to counteract prevailing trends if he believes that the evidence contradicts the established consensus. This has made him a contrarian in the research community.

“My research has shown that regularly testing the validity of the established wisdom can help people and the health system. Thinking differently can reduce the burden of disease in society, eliminate ineffective initiatives and avoid overtreatment,” says Torben Jørgensen, who emphasizes that health systems and initiatives often focus too narrowly on individual people and neglect the settings in which people live and act.

Torben Jørgensen heads the Research Centre for Prevention and Health. Since he became head in 1997, he has expanded the Centre’s competencies from population-based surveys to research on care pathways and health promotion to incorporate public health research. The number of employees has grown from 7 to 60.

He is being awarded the Marie and August Krogh Prize of DKK 250,000 for his unique contribution. The Novo Nordisk Foundation and the Organization of Danish Medical Societies award the Prize annually to an outstanding health researcher in Denmark.

“I was initially overwhelmed by the news of this fantastic accolade, but then I reflected how pleased I am that the Prize is being awarded within public health. This would not have been possible without the many wonderful colleagues who have inspired and accompanied me. Thank you!” says Torben Jørgensen.

Henrik Ullum, Chair of the Organization of Danish Medical Societies, says: “Torben Jørgensen has impressed us with his immense research output and outstanding contribution to epidemiological research in Denmark. He is unique because his clinical observations and experiences inspire him. He began his career as an ordinary gastrointestinal surgeon, and his experience taught him that gallstones are mostly benign and do not require surgery. This has reduced the number of operations and saves society considerable money. It has also given Denmark a top researcher who has consistently found the right answers to relevant questions.”

MD, Professor, DMSc
Head, Research Centre for Prevention and Health
Clinical Professor of Health Promotion and Disease Prevention, University of Copenhagen, 2007– and Adjunct Professor, Aalborg University, 2011–
Former Chair, Danish Society of Epidemiology and current Chair, Danish Society of Public Health
Has authored more than 800 scientific articles, of which 600 published in peer-reviewed journals
Has given more than 350 lectures
Supervisor for more than 40 PhD students
Assessor for more than 60 PhD defences and dissertations

THE MARIE AND AUGUST KROGH PRIZE

The Marie and August Krogh Prize was established in 1969 and is awarded annually to an outstanding health researcher in Denmark. The Foundation and the Organization of Danish Medical Societies award the Prize, which is accompanied by DKK 250,000 (€33,500), comprising a personal award of DKK 100,000 and a research grant of DKK 150,000.