Danish Researchers Discover Why Brain Cancer Is So Devastating

Despite surgery, radiotherapy and chemotherapy, most people with brain cancer die a mere 1 year after being diagnosed. Doctors must give up, since the cancer returns again and again. Now researchers have discovered that the cancer cells that disseminate are similar to human stem cells. The discovery offers the hope of a new treatment strategy. (Photo: Shutterstock) 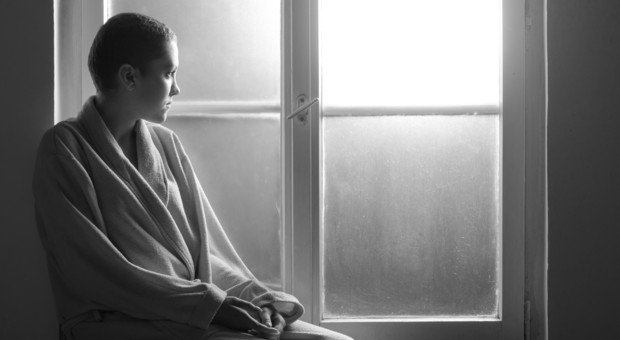 Despite surgery, radiotherapy and chemotherapy, most people with brain cancer die a mere 1 year after being diagnosed. Doctors must give up, since the cancer returns again and again. Now researchers have discovered that the cancer cells that disseminate are similar to human stem cells. The discovery offers the hope of a new treatment strategy.

The most common type of brain cancer – glioblastoma – is also the type for which survival rates are on average just 15 months after initial diagnosis. The traditional treatment methods – surgery, radiotherapy and chemotherapy – have limited effect. Now researchers from the University of Southern Denmark and Odense University Hospital have made a major advance in understanding brain cancer. As a result, they hope that new and effective forms of treatment can be developed.

“Brain cancer cells are like trees. We cannot stop them from growing by solely cutting off their branches. We may be able to remove most of the cancer tissue surgically and follow this up with chemotherapy and radiotherapy. Our new results show that the cancer cells that disseminate are similar to human stem cells and appear to have some of the same properties. This is why they can apparently repair their DNA even after exposure to chemotherapy and radiotherapy,” explains Bjarne Winther Kristensen, Clinical Professor of Pathology at the Department of Clinical Research of the University of Southern Denmark.

The major mystery related to glioblastomas has been how some cancer cells survive the treatment that destroys other cancer cells. Even after a whole tumour has been removed from the brain through surgery, cancer cells that can disseminate remain in large parts of the brain. The Danish researchers are focusing on these cancer cells.

“Previous experiments produced inconclusive results, but we suspected that this was because the cancer cells had been artificially cultured in a growth medium that affected their physiology. We therefore chose a medium known from research on stem cells that would ensure that the cancer cells could retain their original physiological characteristics.”

The researchers’ experiments showed that the cancer cells had the same molecular characteristics as those observed in human stem cells and that the migrating cells that may remain after surgery were able to create new brain tumours. Thus, cancer can re-establish itself through stem cell–like cancer cells.

CUTTING DOWN THE TREE

The new results are important, especially because they finally explain clearly and sensibly why the current treatment methods are not effective against glioblastomas.

The researchers now know how cancer cells originate and can therefore more easily find candidates for new types of treatment. This is why they are seeking drugs that can specifically target the stem cell–like cancer cells. According to Bjarne Winther Kristensen, another option that is already at the experimental stage is using immunotherapy to attack the cancer cells.

“We can now start a more targeted effort against glioblastomas that may improve the current mortality and morbidity statistics. Glioblastomas are the type of cancer that results in the most years of potential life lost, and many develop this at a young age. Only 1 in 10 people with a glioblastoma survives for more than 5 years. We hope that finally understanding the cause of brain cancer will enable us to not only cut off the branches but also cut down the whole tree.”

“Migrating glioma cells express stem cell markers and give rise to new tumors upon xenografting” was published in the Journal of Neuro-Oncology in October 2016.

In 2012, the Novo Nordisk Foundation awarded Bjarne Winther Kristensen a grant for the project Test of Specific Drugs in Preclinical Models of Glioblastoma.