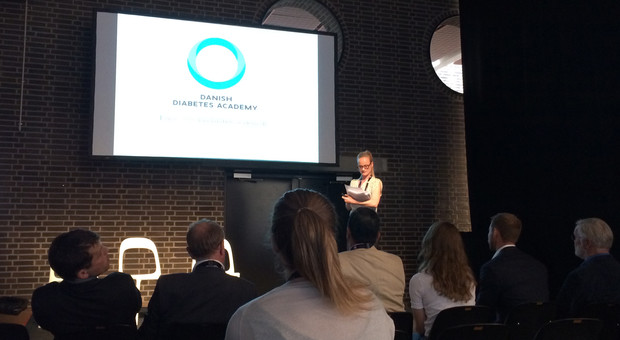 Yesterday, delegates at ESOF saw how far you can take it within research education and public outreach when representatives from the Danish Diabetes Academy, Experimentarium and Steno Health Promotion Center took to the Exhibition Stage at ESOF 2014.

After a short introduction to the Danish Diabetes Academy the first half of the session was filled by a PhD fellow, a Postdoc and a Professor from the Academy who gave examples of the kind of research enabled by Academy grants.

For the second half, representatives from Steno Health Promotion Center and Experimentarium gave a joint talk on PULSE, a collaborative project aiming to promote a healthier lifestyle among families with children.

Morten Busch, PhD, Head of the Science Media and Learning Centre at Experimentarium