“I am pleased and proud to receive the Prize, which is being awarded by highly respected colleagues,” says Mark McCarthy, who has been the Robert Turner Professor of Diabetic Medicine at Oxford University since 2002. 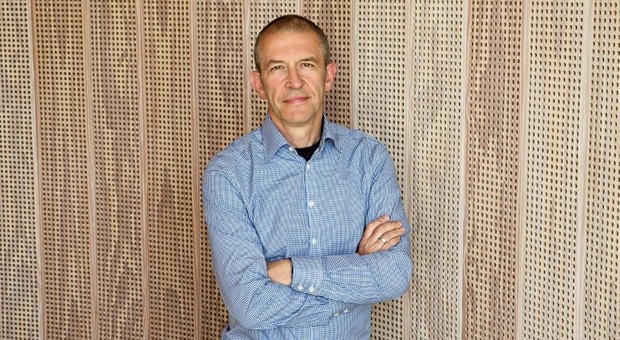 The Novo Nordisk Foundation is awarding Mark McCarthy the 2016 Jacobæus Prize for uniquely contributing over many years to the research on the links between the human genome and the risk of developing type 2 diabetes. The Prize is accompanied by DKK 100,000.

Through high-quality basic research and excellent collaboration in international research consortia, researchers from throughout the world have mapped more than 100 DNA sequences present in the genes of people with an elevated risk of developing type 2 diabetes. Mark McCarthy has played an important role in this process as a basic researcher, as a leader of research groups and as a leading figure in large international consortia in which researchers share data and coordinate their work to obtain as much new knowledge as rapidly as possible.

“I am pleased and proud to receive the Prize, which is being awarded by highly respected colleagues,” says Mark McCarthy, who has been the Robert Turner Professor of Diabetic Medicine at Oxford University since 2002.

Mark McCarthy has co-authored about 500 scientific articles, and his research group at Oxford University has published about 60 articles in such prestigious journals as Nature and Science. He was one of the authors and research leaders participating when Science published a series of thought-provoking articles in 2007 presenting new knowledge that people with type 2 diabetes more frequently have specific gene variants.

“For about one third of these 100 DNA sequences associated with the risk of developing diabetes, we have achieved some understanding of the disturbances they cause in cells and organs. But we are striving to fully reconstruct the complete network of genetic risk and its consequences, and there is still much work to be done,” says Mark McCarthy.

Mark McCarthy hopes that this research will contribute to improving the prospects of developing diagnostic tests and medicine.

“Many potential drugs look really good in principle: they can cure ‘diabetes’ in a cell, in a fish or in a mouse. However, when they are finally tested in humans, either they don’t work or they have unsuspected side effects. The genetic approaches allow us to select better starting-points for drug development and thereby improve the prospects for success,” says Mark McCarthy.

Pål Rasmus Njølstad, a member of the Nordic Research Committee of the Novo Nordisk Foundation, which awards the Prize, says: “Mark McCarthy is receiving the Prize in recognition of his high scientific standards, his profound insights, his ability to share knowledge and his clever leadership in paving the way for researchers to perform in international research consortia, such as ENGAGE, Diagram, T2DGENES, GoT2D, MAGIC, GIANT and EGG. He has an uncanny sense of which goals are worth pursuing, and he does this such that all the participating research groups can see the value in contributing.”

The Jacobæus Prize will be formally awarded to Mark McCarthy in a ceremony on 18 May in Bergen, Norway.

The Jacobæus Prize is the oldest prize awarded by the Novo Nordisk Foundation. It was awarded for the first time in 1942 to commemorate Hans Christian Jacobæus, a Swedish professor. The purpose of the Prize is to promote medical research. The Prize is awarded annually to a distinguished international researcher, who is invited to give a lecture on his or her research on a topic within physiology or endocrinology. The Prize is accompanied by DKK 100,000, which is provided by the Novo Nordisk Foundation based on the recommendation of its Nordic Research Committee.