Professor Susanne Mandrup from University of Southern Denmark receives this year's Advanced Grant of DKK 10 million. Her project is about how the gene expression in the beta and alpha cells of the pancreas changes in connection with insulin resistance and type 2 diabetes. Using advanced sequencing technology, she wants to identify the factors controlling the gene expression change. 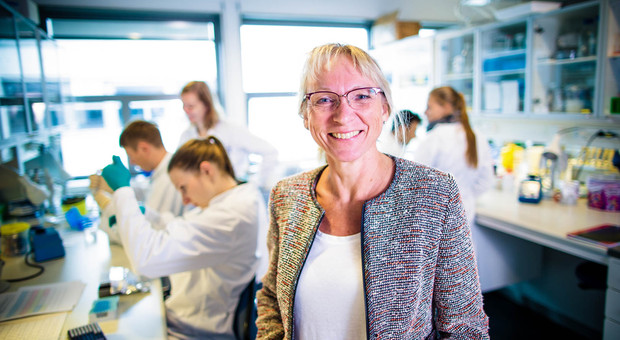 Today, more than 350 million adults around the world have type 2 diabetes. It is a condition which is linked to lifestyle or family history. Wrong eating habits and lack of exercise increase the risk of developing insulin resistance. It increases the need for insulin from the beta cells of the pancreas. Beta cells adapt to the situation to some extent, but they may also be so stressed that they do not produce enough insulin. Then you develop type 2 diabetes.

This year, Susanne Mandrup, Professor at the Department of Biochemistry and Molecular Biology at University of Southern Denmark (SDU), receives Novo Nordisk Foundation’s Advanced Grant of DKK 10 million, which is awarded by the Nordic Research Committee under the Novo Nordisk Foundation. Her research project is about how beta and alpha cells adapt to insulin resistance.

– We want to understand the processes that change the gene expression and affect the function of beta cells in connection with insulin resistance. We know that nutrients such as glucose may increase the number of beta cells, but in the long term, they may also reduce the function of the beta cells. It is two opposing processes. We would like to gain a better understanding of those processes, she says.

The nine members of the Nordic Research Committee selected Susanne Mandrup’s project as the best among this year’s 260 applicants for the grants pool for Endocrinological Research and Experimental Physiology – Nordic Countries. The reason is that the project presents an important problem, says chairman Bo Ahrén.

– If we can get more knowledge about how alpha and beta cells work and what fails in type 2 diabetes, we can develop new ways to treat diabetes, he says and adds:

– The project is also of very high quality. This applies to the competencies of Susanne Mandrup and her research team as well as the infrastructure and the new technology relating to the project.

THE LATEST TECHNOLOGY IN DIABETES RESEARCH

The new technology is exactly what Susanne Mandrup is most fascinated by in the project. The technology allows her to study how genes are regulated when beta cells are trying to adapt to the insulin resistance.

– I am inherently curious about and fascinated by genomes. Our sequencing technology at SDU allows us to get information about the entire genome, instead of having to study one single gene at a time. It is an expensive technology, but the grant makes it financially feasible for us to gain in-depth insight into how the beta cell genome changes in connection with insulin resistance. We will hire a postdoc and a PhD student to perform this project and a laboratory technician who can assist with the sequencing.

The sequencing technology is relatively new and has nothing less than revolutionised our understanding of how genes are regulated. Susanne Mandrup used the technology for the first time in 2008 in cooperation with a research group in The Netherlands, and in 2009 she brought it home to SDU. Since then, the technology has been very important for the group’s research into understanding new principles of how the genome is regulated.

This project also uses an entirely new method for marking RNA from beta and alpha cells in the pancreas in mice. As a result, it is possible to see how the development of insulin resistance affects the gene expression in the cells of a living organism. Susanne Mandrup thinks that the new technology helped them win this year’s Advanced Grant.

– In this project, we will use the new gene technologies directly on cells in a living organism, and that is something completely new, says Susanne Mandrup.

She has a master degree in experimental cell biology and a PhD from SDU, formerly Odense University. Today, she is professor at the very same university. When she received the message that the Nordic Research Committee had selected her project, there was rejoicing in the university group and it was celebrated in a special way.

– In June, we went to Build a Beer south of Odense where we brewed our own ‘Mandrup Lab’ beer. The result was different types of Pale Ale for which the students designed labels. When we received the welcome news that the project had been approved, we toasted with our homebrew, says Susanne Mandrup and adds:

– With the new grant, we are all looking forward to taking the project to an even higher level.