Henrik Semb: Community Is the Key to Success

'- We train the younger scientists by showing them that we can do things differently. We thus hope to change conventional thinking and make things better, says Henrik Semb, professor and managing director, Novo Nordisk Foundation Section for Basic Stem Cell Biology. 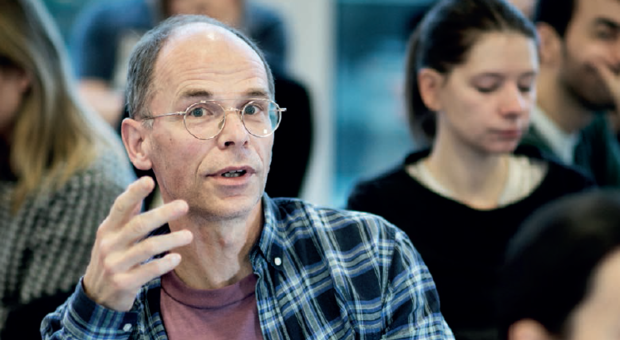 Every Thursday, all employees at the Novo Nordisk Foundation Section for Basic Stem Cell Biology (BasicStem) get together in a meeting room at the Panum Institute in Copenhagen. The research groups present their latest findings and current projects. They discuss and support one another with good advice. This is an obvious routine for any research centre but is actually rare.

– I have worked in many places in my career, and I have not experienced such a community since I was a postdoctoral fellow at the University of California at San Francisco, says Henrik Semb, leader of BasicStem.

Henrik Semb is a Swedish professor who was hired in 2011 to direct and start up a stem cell research centre of the highest international standard in Copenhagen. He immediately saw the opportunity to do things differently.

– I saw it as an opportunity to rethink what a research centre is all about. We have always aimed to base the Center on collaboration and synergy.

– Many research environments are conservative and very hierarchical. The individual research groups may be very strong, but they do not interact. They are afraid to share data. We want to create a new norm and demonstrate that collaboration and trust are better, says Henrik Semb.

BasicStem opened in 2011 as part of the Danish Stem Cell Center at the University of Copenhagen based on a 10-year grant of DKK 350 million from the Novo Nordisk Foundation. The Center performs basic research within developmental, stem cell and molecular biology. According to Henrik Semb, the fact that the Center has been given time and funds to perform proper basic research without demands for applied results is paramount.

– Look at the winners of Nobel Prizes. Their discoveries do not emerge based on government investment in therapeutic or other applied research. Excellent researchers make these discoveries in a research environment in which they can focus on their interests. History shows that this is the optimal way to conduct research. The Novo Nordisk Foundation investing in this way is absolutely fantastic.

– The substantial funding has enabled us to recruit top scientists from Denmark and elsewhere. This requires considerable money, since such scientists already have secure jobs. Convincing them required being able to offer them competitive long term funding and an interesting vision.

– We should not be doing humdrum research. We must strive for pioneering results, says Henrik Semb, a professor of human stem cell biology.

So far, scientists from the Danish Stem Cell Center, the umbrella group that includes BasicStem, have published nearly 100 scientific articles in recognized scientific journals such as Nature, Science and Cell.

In general, BasicStem does everything enthusiastically. Creating a well-functioning community is the most important achievement. The weekly meetings demonstrate this philosophy. Henrik Semb adds:

– For me, the high point of the week is listening to people talking about their projects and everybody providing suggestions and good advice.

– We train the younger scientists by showing them that we can do things differently. We thus hope to change conventional thinking and make things better.