Hope for People With a Genetic Disorder

Mutations in our DNA can make us ill. But some of these illnesses result from defects in DNA sequences that were previously thought to be unimportant. A Danish research group has now explained why the defective sequences can cause illness and how people with genetic disorders can become well again easily and safely (Photo: Shutterstock) 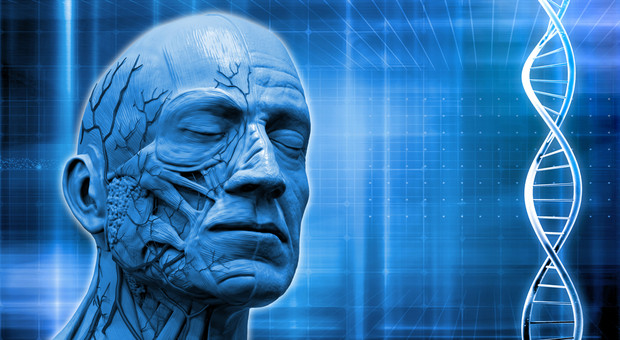 Mutations in our DNA can make us ill. But some of these illnesses result from defects in DNA sequences that were previously thought to be unimportant. A Danish research group has now explained why the defective sequences can cause illness and how people with genetic disorders can become well again easily and safely.

Just 57 genetic letters are the difference between being healthy or ill: between a long life or an early death from kidney failure or heart disease. This applies to people who have a specific type of Fabry disease. What is noteworthy is that the defective sequence is in the part of the gene that is normally removed before the gene is translated into protein. Danish researchers have now charted the mechanism behind the deficiency and have discovered a method for correcting this.

“People with Fabry disease cannot produce alpha-galactosidase-A, an enzyme that breaks down glycosphingolipids. This means that these lipids accumulate and slowly destroy kidney and heart tissue. The paradox is the genetic code is apparently not defective. The deficiency only occurs when the individual parts of the genetic code are spliced together before they are translated into protein. We now believe that we can rectify this,” explains Brage Storstein Andresen, Professor at the Department of Biochemistry and Molecular Biology of the University of Southern Denmark.

In the human genome, the individual code of a gene is called an exon. Exons are separated by other DNA sequences called introns. The introns have no obvious alternative function other than to separate exons. Introns are usually removed during the gene-splicing process. The problem in this type of Fabrys disease arises when the genetic DNA code needs to be transcribed into the messenger RNA (mRNA) from which enzymes are subsequently formed.

“In this process, a small extra fragment of RNA called a pseudoexon is spliced into the mRNA sequence due to a mutation. The pseudoexon is not part of the gene’s normal code, and even though it is only 57 base pairs long, the mRNA is not functional. Therefore the cells cannot produce alpha-galactosidase A.”

Pseudoexons are nearly identical to exons, but special mechanisms normally ensure that they are not identified and spliced in. For many years, a few known examples have been known, where a mutation in an intron leads to a pseudoexon being incorrectly spliced in, and this was considered an extremely rare disease mechanism.

“Last year, we nevertheless demonstrated how many different mutations can activate a pathogenic pseudoexon that causes homocystinuria, a serious inherited disease. This indicated to us that this mechanism is not as rare as previously believed. Our hypothesis is therefore that pseudoexon activation is a much-overlooked disease mechanism.”

In recent years, new technology has allowed the Danish researchers to identify more than 10,000 different pseudoexons in several thousand genes. The pseudoexons are all candidates for causing illness in people since there are many millions of sequence variants known in our introns. The researchers’ latest characterization of is this molecular mechanism in a particular type of Fabry disease will therefore hopefully be followed by many further examples from other disease genes.

“Best of all, a relatively simple cure is in sight. The principle behind the treatment is actually quite simple when we have characterized the control mechanism. We can then use splice-switching oligonucleotides, which are small modified pieces of DNA that bind to the sequence that controls the insertion of the harmful pseudoexon. We can thereby prevent it from being inserted. Our new results show that this technique can inhibit pseudoexon insertion and thus correct the splicing of the alpha-galactosidase A gene. ”

The challenge in enabling this method to be used in treatment is to ensure that the splice-switching oligonucleotides end up in the right place. This is perhaps relatively simple for Fabry disease, because the oligonucleotides can be injected intravenously in principle, taking them directly to the heart and kidneys. However, this may represent a challenge in other diseases.

A WHOLE CATALOGUE OF DISEASES

“American researchers have already very successfully used splice-switching oligonucleotides for treating people with another genetic disorder also caused by problems with the splicing process: spinal muscular atrophy, one of the most common forms of muscular atrophy. The advantage of treating with splice-switching oligonucleotides is that it is very specific with almost no side effects.”

Nevertheless, the Danish researchers have not found a pharmaceutical company that will manufacture the therapy for this form of Fabry disease. This may be because the disease is a greater problem in Asia than in the Western Hemisphere, where it is more rare. No one is known to have this form of Fabry disease in Denmark, whereas in Taiwan one in 500 men have the mutation that activates the pseudoexon.

“However, explanations for many diseases are probably available in the catalogue of more than 10,000 pseudoexons produced by the Danish researchers. We hope that our results will spark interest in and awareness of this severely underreported disease mechanism and the potentially excellent treatment methods, so that many more patients can be identified and receive treatment” concludes Brage Storstein Andresen.

Brage Storstein Andresen’s research group is now continuing its search for new genetic disorders in their substantial catalogue of pseudoexons. They have high hopes that splice-switching oligonucleotides can be used in the future to treat neurodegenerative diseases such as amyotrophic lateral sclerosis and some common forms of cancer.

The article on Fabry disease, “The prevalent deep intronic c.639 + 919 G > A GLA mutation causes pseudoexon activation and Fabry disease by abolishing the binding of hnRNPA1 and hnRNP A2/B1 to a splicing silencer”, was recently published in Molecular Genetics and Metabolism.

The Novo Nordisk Foundation has provided a grant to Brage Storstein Andresenfor the project Pseudoexon Activation: an Underreported Disease Mechanism with a Unique Potential for Targeted Intervention.