Insufficient sleep is common in modern societies. Lack of sleep can have long-lasting effects on a person’s health. New research shows that lack of sleep increases blood concentrations of a chemical that affects the same pathways as cannabis. Exercise has the same effect and can therefore probably be used as treatment (Photo: Oleg Golovnev) 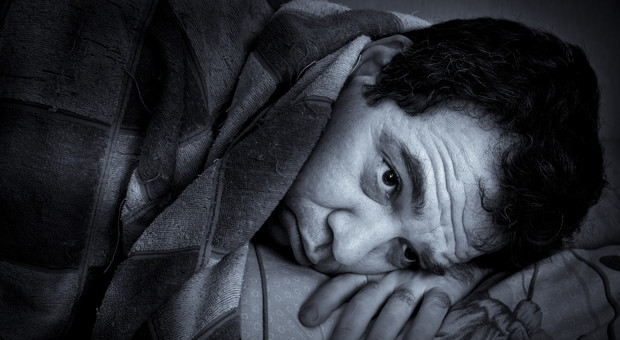 Insufficient sleep is common in modern societies. Lack of sleep can have long-lasting effects on a person’s health. New research shows that lack of sleep increases blood concentrations of a chemical that affects the same pathways as cannabis. Exercise has the same effect and can therefore probably be used as treatment.

Sudden hunger pangs occur, and people turn to a sweet tin for a quick carbohydrate boost. But this does not help much. The almost insatiable urge to eat can only really be stopped in one way. Sleep. This is not a solution for one in ten people in high-income countries, because they have chronic insomnia. A research group in Sweden has now found a possible mechanistic explanation through which sleep loss increases food intake and improves mood, at least in the short term.

“In our study, sleep loss increased blood concentrations of endocannabinoids – a group of lipids that has been shown to influence both appetite and mood. When you do not get enough sleep, these lipids activate pathways involved in the drive to eat, which is logical because a sleep-deprived body needs additional energy. Your body also puts you into a more relaxed state, presumably to compensate for the stressful aspects of insufficient sleep,” explains Christian Benedict from the Department of Neuroscience of Uppsala University.

EXERCISE COUNTERACTS THE EFFECTS OF LACK OF SLEEP

This new study published in Psychoneuroendocrinology investigated healthy participants with normal weight in two situations: first, after three consecutive nights of normal sleep; and again after three nights with only 4 hours of sleep per night. Blood samples were drawn to measure endocannabinoids, such as 2-arachidonoylglycerol. After three nights with insufficient sleep, the concentration of these chemicals rose by 80%.

“Similar to antidepressants, acute sleep loss could be used in therapy for people suffering from an acute bout of depression. Unfortunately, the opposite occurs in the long term. Both chronic lack of sleep and the long-term use of cannabis reverse the short-term positive effects on mood, and there is real danger of depression and adverse physical conditions. Nevertheless, exercise may mitigate these effects, thereby countering the long-term depressive effects.”

THE BODY COMMUNICATES WITH ITSELF

Christian Benedict hopes that his research will dispel the impression that our brain controls everything by acting as a sort of command centre that sends signals that mechanically control what the body does. According to him, the brain and body should be seen as closely linked entities that constantly engage in dialogue with each other and themselves.

“Our research especially focuses on how important sleep is for our health and well-being. The present study established a link between sleep loss, exercise, appetite and people’s mental state. In separate studies, we have furthermore found a connection between sleep loss, peripheral tissue clocks, gut flora and the risk of becoming obese and of developing type 2 diabetes. Collectively, my research proposes that sleep is essential for the smooth communication between the brain and the body. Under conditions of sleep loss, this cross-talk is considerably altered, which may favour the development of both peripheral and central nervous system diseases.”

The researchers’ latest results clearly show that sleep is very important and that chronic lack of sleep can have major physiological effects.

“Lack of sleep can increase the risk for illnesses such as obesity and Alzheimer’s disease. If you cannot sleep, exercise may, at least in part, represent a promising lifestyle to combat the health consequences of sleep loss.”

“Sleep restriction alters plasma endocannabinoids concentrations before but not after exercise in humans” was published in Psychoneuroendocrinology.

In 2014, the Novo Nordisk Foundation awarded Christian Benedict a grant for the project The Role of the Fat Mass and Obesity Gene for Sleep Loss–related Health Consequences in Humans.