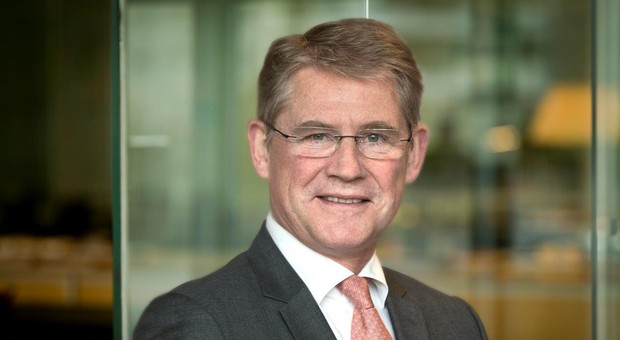 Lars Rebien Sørensen joined the boards of the Novo Nordisk Foundation and Novo Holdings in March 2017 and was elected Vice Chairman of the Foundation in March 2018.

He will take over as Chairman of both the Foundation and Novo Holdings from Sten Scheibye, who will leave both boards as of 1 July 2018.

“I believe this is the right time for me to pass the torch. This year, the Novo Nordisk Foundation will complete the strategy that I helped to define in 2013 and for which I had overall responsibility as Chairman. Since mid-2017, the Board has been working on defining the Foundation’s new 5-year strategy for 2019–2023. Lars Rebien Sørensen has naturally been involved in developing the new strategy, and he will now lead its implementation,” says Sten Scheibye.

Lars Rebien Sørensen says: “With Sten Scheibye as Chairman, the Novo Nordisk Foundation and Novo Holdings have developed tremendously. I consider it to be a great responsibility and a privilege to be involved in implementing the Foundation’s new strategy in the years ahead to benefit people’s lives and the sustainability of society.”

He received an MSc in Forestry from the Royal Veterinary and Agricultural University in Copenhagen in 1981 and a BSc in International Economics from Copenhagen Business School in 1983.
He was CEO of Novo Nordisk from 2000 to 2016.

Member of several other boards, including Deputy Chairman of the Carlsberg Group, Chairman of the Advisory Board for Axcel and member of the boards or supervisory boards of ingredient producer Jungbunzlauer Suisse AG (Switzerland), Thermo Fischer Scientific Inc. (United States) and Essity AB (Sweden).

ABOUT THE NOVO NORDISK FOUNDATION

The vision of the Foundation is to contribute significantly to research and development that improves the health and welfare of people. Since 2010, the Foundation has donated more than DKK 16 billion (€2.2 billion), primarily for research and diabetes treatment and prevention at public institutions and hospitals in Denmark and the other Nordic countries. Read more at www.novonordiskfoundation.com.

Novo Holdings A/S is a Danish private limited liability company wholly owned by the Novo Nordisk Foundation. It is the holding company of the Novo Group, comprising Novo Nordisk A/S, Novozymes A/S and NNIT A/S, and manages the Foundation’s assets.

In addition to being the major shareholder in the Novo Group companies, Novo Holdings provides seed and venture capital to development-stage companies, takes significant ownership positions in well-established companies within life science and manages a broad portfolio of financial assets.

It is the vision of Novo Holdings to be recognized as a world-leading life science investor with a focus on creating long-term value. Read more at www.novoholdings.dk.