Milestone Enables Medicine to Be Produced in Plants

Plants comprise a pharmaceutical treasure chest containing 50,000 natural substances that can potentially relieve pain and save people’s lives. Nevertheless, getting plants to produce these substances in usable quantities has not been possible so far. Fortunately, a Danish-led research team has solved a 40-year-old challenge that can provide a decisive breakthrough according to an article published today in the renowned journal Science (Photo: Shutterstock) 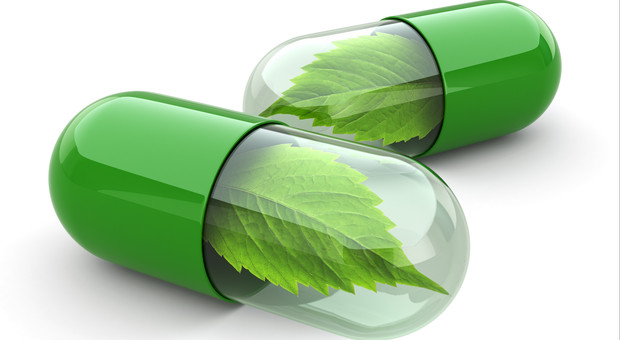 Plants comprise a pharmaceutical treasure chest containing 50,000 natural substances that can potentially relieve pain and save people’s lives. Nevertheless, getting plants to produce these substances in usable quantities has not been possible so far. Fortunately, a Danish-led research team has solved a 40-year-old challenge that can provide a decisive breakthrough according to an article published today in the renowned journal Science.

Ancient Chinese natural medicine could be available in pharmacies and hospitals in western countries. So far, these medicines could only be produced through herbal infusions in such small amounts that the effects have not been able to be tested systematically. In this week’s issue of Science, an international research team headed by researchers at the Department of Plant and Environmental Sciences of the University of Copenhagen presents a possible solution.

“A key challenge has been copying the plants’ production mechanisms into other organisms such as yeast or other plants that can be cultivated in large quantities. The yield has been far too low each time this has been tried. Our new study provides a possible explanation of why this fails and a solution for getting it to work,” explains Bjoern Hamberger, co-author and Assistant Professor at Michigan State University.

These researchers have now proven a 40-year-old theory of multi-enzyme clusters in plant specialized metabolism – the metabolons, and Science describes the article as a breakthrough and a turning point. The concept of a metabolon was first described in 1985 as a cluster of enzymes, which researchers thought must exist, since they could otherwise not explain how the enzymes could work as effectively together as they actually did.

“Metabolons are therefore essential in understanding and reconstruct the plants’ production mechanisms. The continual assembly and disassembly of metabolons has made them notoriously difficult to study, since these dynamics are inherently hard to observe directly in the plants.”

Textbooks typically illustrate metabolons as static and solid structures, but the new research shows that this is actually much more complicated. The sorghum plant was selected as a test system. This plant has received increasing attention in recent years for producing biofuels, but it also produces a substance called dhurrin.

“If sorghum is damaged, dhurrin decomposes and the highly toxic hydrogen cyanide is released and thus naturally protects the plant against insect infestations. The plant therefore needs to be able to quickly and efficiently assemble the enzyme complex for formation quickly and efficiently, and our research shows that sorghum does this through clusters of enzymes: the metabolons.”

The researchers studied metabolons by labelling the model enzymes involved in producing dhurrin through fluorescent labels that could be tracked by using microscopy directly in live plant cells. The researchers could see that all the enzymes were active simultaneously and that the enzymes were gathered at the endoplasmic reticulum, a network of sacs and tube-like structures that are essential in the metabolism of plants.

“It is very tempting to speculate that other biosynthetic pathways are organized similarly, but our findings also shows that the metabolons are enormously complex and dynamic and that several components stabilize them.”

One thing the researchers observed was that the formation of metabolons strongly depended on the electrical charge of the lipids inside the endoplasmic reticulum.

“This complexity and dynamic nature may turn out to be key to how plants respond effectively to changes in their environment, but it can also prove to be a key we have been missing to copy the production mechanism from one plant to other biotechnological production systems,” explains Bjoern Hamberger.

Bjoern Hamberger has set a goal for his research group at Michigan State University: searching diverse species of plants for a specific class of substances – terpenoids – used as flavouring agents in food, as fragrances in perfumes and from traditional and alternative medicine. One of these plants, thunder god vine (Tripterygium wilfordii), is a traditional Chinese medicinal plant.

“The plant contains triptolide, a substance that has been shown in animals to be effective against cancer and arthritis and in skin grafting. Unfortunately, we have not previously been able to produce it in sufficient quantities to conduct proper clinical trials.”

The researchers, however, recently mapped the potential first steps of the metabolic pathway of triptolide, and with this knowledge, Bjoern Hamberger hopes to engineer the moss plant (Physcomitrella patens) to produce bioactive terpenoids in large quantities. The new findings may provide a breakthrough in testing, producing and using the many potential pharmaceuticals from the natural medicine treasure chest of plants.

The article “Characterization of a dynamic metabolon producing the defense compound dhurrin in sorghum” is being published in Science today. Tomas Laursen and Jean-Etienne Bassard from the Department of Plant and Environmental Science at the University of Copenhagen are the main authors and part of the Villum Research Center for Plant Plasticity.

In 2012, the Novo Nordisk Foundation awarded Bjoern Hamberger a grant for the project Plants for the Future: Biosynthesis of High-value Pharmaceutical Compounds Using a Moss as the Production System.