Molecular Cause of Type 2 Diabetes Can Also Cause Parkinson’s 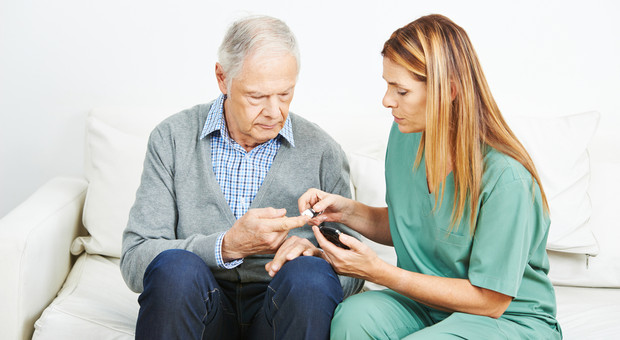 More than 250,000 Danes have diagnosed type 2 diabetes, and a similar number of people have the disease without realizing it. Type 2 diabetes is probably caused by an unhealthy diet and too little exercise. The result is steadily worsening blood glucose regulation with serious effects such as cardiovascular disease, eye diseases and amputation.

The serious effects and the rapid increase in the number of people with type 2 diabetes have initiated intensive research into the relationships between diet, exercise and the insulin resistance that causes the disease. A few years ago, researchers began to examine whether amyloid polypeptides could play a significant role in breaking down the insulin-producing beta cells and thereby in developing the disease. This new research has now tracked the process down to the molecular level.

The main protein component human islet amyloid polypeptide (hIAPP) is a natural part of human physiology that is synthesized together with insulin to regulate blood glucose. The protein is a peptide that has 37 amino acids but can also aggregate in smaller or larger formations known as fibrils. Researchers have now discovered that these are what can bind to and destroy beta cells and their ability to secrete insulin.

Amyloid polypeptides are not only problematic in connection with type 2 diabetes. Diseases of the nervous system such as Parkinson’s and Alzheimer’s diseases are similarly caused by polypeptide fibrils that bind to and destroy cells. Since these diseases are caused by one naturally occurring protein that, for various reasons, starts to create large aggregations, this also explains why everyone can potentially develop type 2 diabetes, Parkinson’s and several other diseases.

This new research also identifies which parts of the hIAPP binds to the body’s beta cells. This enables new treatments to be discovered, such as antibodies that can prevent the formation of fibrils or prevent fibrils from binding to beta cells and eliminate their ability to regulate blood glucose.

“Atomic structures of fibrillar segments of hIAPP suggest tightly mated β-sheets are important for cytotoxicity” has been published in eLife.

In 2015, the Novo Nordisk Foundation awarded a grant to, Gunilla T. Westermark of Uppsala University in Sweden, a co-author of the article, for the project IAPP Aggregation in Disease.