New research shows, however, that you can also become what your mother eats. The researchers fed pregnant rats chocolate and sugary drinks, and their offspring became fat. Luckily, one can apparently end the problems again by changing the diet (Foto: Shutterstock) 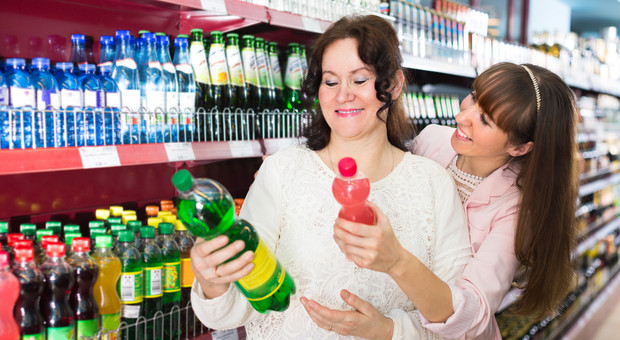 They say you are what you eat. New research shows, however, that you can also become what your mother eats. The researchers fed pregnant rats chocolate and sugary drinks, and their offspring became fat. Luckily, one can apparently end the problems again by changing the diet

Canned peaches, ham salad or big portions of chocolate. The hormones of pregnant women can fluctuate wildly, which often gives them an uncontrollable urge to eat specific types of food. Although these tendencies are usually harmless, new research reveals that ensuring that these urges do not turn into habits is important because poor food habits have an enduring effect on not only the mother but also her children.

An international group with Danish participation studied a group of pregnant rats and their offspring to examine how the mothers’ diet affected their children. Half the rats were fed a normal healthy diet, and the diet for the other half included substantial chocolate and sugary drinks. The researchers then studied the rat offspring continually from birth until they were 26 weeks old.

The researchers examined whether the sugar-rich diet would affect the offspring’s tendency to become obese and develop diabetes. The theory was that the large amount of sugar would affect the rats’ sensitivity to leptin, a weight-regulating hormone that is secreted in fatty tissue and signals to the body that it feels full. The result is eating less and using more energy so that the fat stores do not grow.

The positive twist to the story is that the rat offspring could cure their sugary legacy by eating a healthy diet over a long period. The research thus implies that human mothers may pass on any unhealthy sugar habits to their children but that, with more effort than usual to eat a healthy diet, they can avoid the sugar craving and thereby the tendency to develop obesity and diabetes.

“Differential hypothalamic leptin sensitivity in obese rat offspring exposed to maternal and postnatal intake of chocolate and soft drink” has been published in Nutrition and Diabetes. In 2012, the Novo Nordisk Foundation awarded a grant to co-author Mette Olaf Nielsen for the project Impact of Gestational Overnutrition and Undernutrition on Fetal Programming of the Hypothalamic-Pituitary-Thyroidal Axis.