Cancer drugs, vaccines and blood proteins can nowadays be produced in Chinese hamster ovary cells. The researchers’ knowledge of the complex metabolic processes of the cells has so far been fragmented and inadequate. An international research team with Danish participation has integrated these fragments and created an overview that can make biopharmaceutical manufacturing less expensive and more efficient (Photo: Shutterstock). 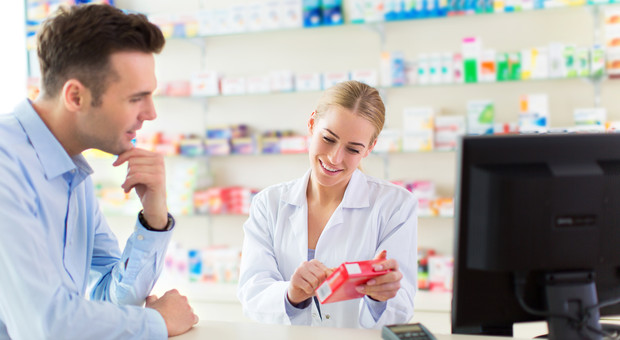 Cancer drugs, vaccines and blood proteins can nowadays be produced in Chinese hamster ovary cells. The researchers’ knowledge of the complex metabolic processes of the cells has so far been fragmented and inadequate. An international research team with Danish participation has integrated these fragments and created an overview that can make biopharmaceutical manufacturing less expensive and more efficient.

Compromises on price are rare in health matters. Medicine is often expensive because you have to grow hundreds of litres of cell culture to make even small amounts. Researchers from the Technical University of Denmark and the University of California, San Diego have now integrated all the fragmented knowledge on biopharmaceutical production methods into a more complete model.

“This model will allow researchers to design better CHO cells optimized for production of therapeutic proteins, which could result in lower prices and greater availability of many drugs,” explains corresponding author and Assistant Professor Nathan Lewis from The Novo Nordisk Foundation Center for Biosustainability working at the University of California, San Diego.

Chinese hamster ovary cells account for more than half of the top selling therapeutic proteins produced on the market today. These include cancer drugs, blood proteins, enzymes for metabolic disorders, vaccines and various human hormones.

The new model identifies, for the first time, the whole network of biosynthetic pathways in CHO cells. This is like mapping a country’s roads and traffic patterns. When you design new cell lines with new metabolic functions, this is equivalent to widening the road system at desired places and closing unwanted roads, making sure that the traffic follows specific patterns. At the cellular level, this means that nutrients can be directed specifically into the part of the metabolism in which the protein-based drug is produced.

To construct this consensus model, the researchers combined three existing models for CHO metabolism. It turned out that each of the models covered different aspects of metabolism and therefore only had 22% of their reactions in common. Hence, the consensus model gave a much more comprehensive overview of CHO metabolism.

“Now researchers everywhere can work much more strategically in engineering CHO cells. So instead of screening and testing billions of cells to find the one that by coincidence produces high concentrations of the desired biopharmaceutical, you can conduct simulations in the computer before going to the lab to design strategies to engineer the cells. This makes the model a very important tool for CHO bioengineers,” adds Nathan Lewis.

This major research project to create a new model involved partners from the United States, Denmark, Singapore, Australia, Chile, Iceland and Saudi Arabia. The model is called iCHO1766 and includes 6643 metabolic reactions and 2341 unique metabolites such as the products or intermediate molecules.

“The model is primarily based on CHO data, but also on human and mouse cell lines when there was no CHO data available. The model is dynamic and will be updated gradually as the scientific community discovers new data or areas for improvement,” explains first co-author and PhD student Hooman Hefzi from the Novo Nordisk Foundation Center for Biosustainability working at the University of California, San Diego.

The tool allows scientists to make comprehensive simulations without doing tedious experiments in the laboratory. For example, if researchers want to produce a specific antibody in a CHO cell, the model will tell them which signal paths are used in production and which growth conditions will probably yield the best results.

To test whether the model’s predictions reflected reality, the scientists carried out test runs and compared these with actual data from several different laboratories. On average, the predictions only deviated 25% from the actual result.

“This shows that the model is fairly robust, but still has room for improvement,” says Hooman Hefzi.

Worldwide sales of biotherapeutic proteins exceed USD 140 million a year. Using CHO cells to produce engineered therapeutic proteins has been possible since 2011, when the genome sequence of the CHO-K1 cell line was mapped, but drugs can still only be produced in very limited quantities by using CHO cells. Even the best cell lines can only produce about 5–10 grams of an active drug per litre. The combination of low yield and high demand means that biopharmaceuticals are relatively expensive – for now.

The new model can change this because scientists can finally directly connect therapeutic protein production to the nutrients consumed by the CHO cells. This makes the cells better suited to being cultivated on an industrial scale.
The vision for the research at the Novo Nordisk Foundation Center for Biosustainability is to lead and accelerate the global development of production based on CHO cells to develop the next generation of biopharmaceuticals. The new model increases the chances of realizing this vision, because it provides researchers the opportunity to engineer even better CHO cells that are optimized for producing therapeutic proteins. This can result in lower prices and greater availability of many biopharmaceuticals.

The model provides a completely new and much less expensive way to manufacture biopharmaceuticals for many purposes such as antibodies for treating cancer and medicine to treat psoriasis, blood disorders and diseases and disorders of the immune system. In the long term, reducing the price of medicines could provide great economic benefits for society.

“A consensus genome-scale reconstruction of Chinese hamster ovary cell metabolism” has been published in Cell Systems.and was co-authored by researchers from the Novo Nordisk Foundation Center for Biosustainability, Technical University of Denmark.