The Novo Nordisk Foundation awarded DKK 5.8 billion in 2017 for projects to improve the health and welfare of people. This is the highest amount ever awarded by the Foundation in a year. 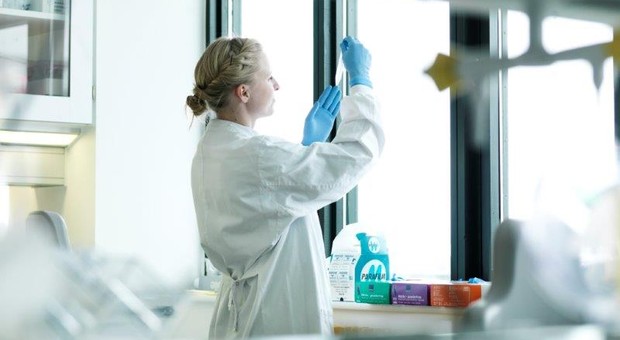 The Novo Nordisk Foundation awarded DKK 5.8 billion in 2017 for projects to improve the health and welfare of people. This is the highest amount ever awarded by the Foundation in a year.

“The financial results of the companies we own in full or in part, including especially Novo Holdings A/S, Novo Nordisk A/S and Novozymes A/S, have again enabled us to increase our grants significantly in 2017. When the companies deliver good results, we can donate more money to benefit society,” says Sten Scheibye, Chairman, Novo Nordisk Foundation.

We have ambitions to continue awarding grants at a high level in the coming years,” says Sten Scheibye.

The Novo Nordisk Foundation supported 435 projects in 2017 in a broad range of fields such as medical science, biotechnology, diabetes treatment, education and innovation and humanitarian and social purposes.

“We award most of our grants for research projects based at universities and hospitals. We support both large and small projects and researchers at all stages of their career, which strengthens the development and quality of Danish research,” says Birgitte Nauntofte, CEO, Novo Nordisk Foundation.

The largest grants awarded in 2017 included support for patient-centred diabetes treatment at specialized centres in Odense, Aarhus and Aalborg. The ambition is to prevent the development of the diseases that often result from diabetes.

The Foundation also launched its largest initiative in innovation by deciding to support the establishment of the BioInnovation Institute, which will focus on supporting ideas and developing new companies within the life sciences – creating more jobs as a result.

“The aim is to help the researchers and entrepreneurs with the best and most promising projects in developing new solutions and products that can potentially combat disease, improve health or preserve natural resources,” says Birgitte Nauntofte.

Challenge Programme  (DKK 359.4 million)
The Foundation awarded six grants of around DKK 60 million each under its Challenge Programme, which aims to find answers to global challenges within technology or health.

Super microscope in Lund, Sweden  (DKK 255 million)
The Foundation awarded DKK 255 million for expanding MAX IV, a Swedish national research laboratory in Lund, with a new X-ray beamline called MicroMAX, which will enable researchers to investigate proteins at a level of detail not previously possible. The platform will significantly strengthen the position of Greater Copenhagen within life science research.

Getting back to work  (DKK 25 million)
The Foundation has awarded a grant of DKK 25 million to co-fund Den Sociale Kapitalfond Invest (Social Capital Fund Invest). The new fund will invest in social enterprises that promote job opportunities, active citizenship and a permanent link to the job market for marginalized groups in society.