The Foundation is awarding the grant to the Danish Diabetes Academy to educate the next generation of diabetes researchers and to support networking and research collaboration. The goal is to ensure that diabetes research in Denmark remains at the highest international level. 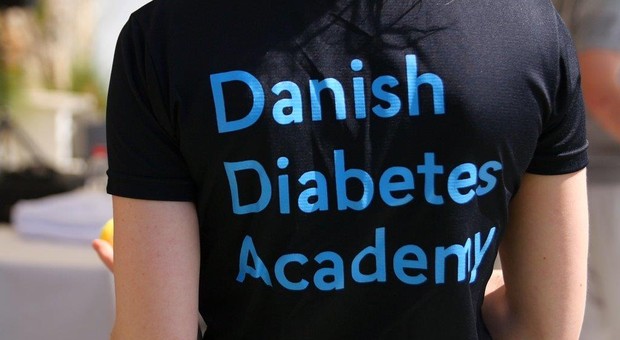 The Novo Nordisk Foundation has awarded a new grant of DKK 156 million over 5 years to the Danish Diabetes Academy at Odense University Hospital.

Diabetes is a chronic disease, and the prevalence is constantly increasing in Denmark and elsewhere. An estimated 425 million people have diabetes globally.

The Danish Diabetes Academy is a nationwide initiative for research on diabetes and researcher training programmes, convening junior and senior researchers from universities, hospitals and companies in Denmark. The Academy’s overall goal is to improve the quality of researcher training within diabetes. One specific goal is to provide young researchers with optimal opportunities to improve and pursue a career within the field.

The Academy plans to use the Foundation’s new grant to launch many initiatives, including organizing educational activities such as PhD and postdoctoral courses specifically focusing on developing talent and career opportunities among young diabetes researchers. In addition, the Academy will offer up to 45 PhD scholarships and up to 40 postdoctoral fellowships and several international visiting professorships. The Academy will organize several outreach events such as conferences to strengthen networks and establish collaboration between researchers in Denmark and internationally.

The Academy is a Danish initiative led strategically by a diverse Board. A secretariat manages the Academy, which is located at Odense University Hospital.

Allan Flyvbjerg, Professor, Steno Diabetes Center Copenhagen, Capital Region of Denmark, has been appointed Chair of the Board and Managing Director.

“The ambition of the Danish Diabetes Academy is to train the future generation of diabetes researchers to adopt intersectoral and interdisciplinary approaches to their work. The overall purpose is to enable researchers to develop new types of treatment that can prevent the negative individual and societal effects of diabetes,” says Allan Flyvbjerg.

Niels Nørgaard Pedersen, CEO, Odense University Hospital, says: “We are very pleased to receive the grant and very pleased that Odense University Hospital will be able to continue hosting the secretariat of the Danish Diabetes Academy. In the past 5 years, the Academy has established itself as a key actor in training young talented diabetes researchers and as a national network platform for the entire diabetes research community in Denmark. The Novo Nordisk Foundation’s continuing support for the Academy will benefit the training and education of young Danish diabetes researchers and will thereby be decisive in maintaining Danish diabetes research in Denmark at its high international level.”

The core of the Academy is the secretariat, located at Odense University Hospital, which is hosting the Academy, but the participating researchers are employed at various universities and hospitals throughout Denmark. The secretariat will create a platform for collaboration and develop new activities in the Academy.

Dagnia Looms, Head of Strategic Awards, Novo Nordisk Foundation, says: “The Novo Nordisk Foundation is awarding this grant to strengthen the next generation of researchers and to improve the quality of diabetes research. The vision is that this collaboration across universities, hospitals and companies will create synergy that strengthens research in Denmark and internationally.”

ABOUT THE DANISH DIABETES ACADEMY

The Danish Diabetes Academy was established at Odense University Hospital in 2012, financed by a grant from the Novo Nordisk Foundation of DKK 201 million. It is open to all researchers who want to use what the Academy offers. The Academy encourages collaboration between research environments and ensures the rapid sharing of knowledge and access to new research results, ideas and technologies. Lastly, the objective of the Academy is to contribute to producing new knowledge on diabetes and new methods of preventing and treating the disease. Read more at https://www.danishdiabetesacademy.dk.