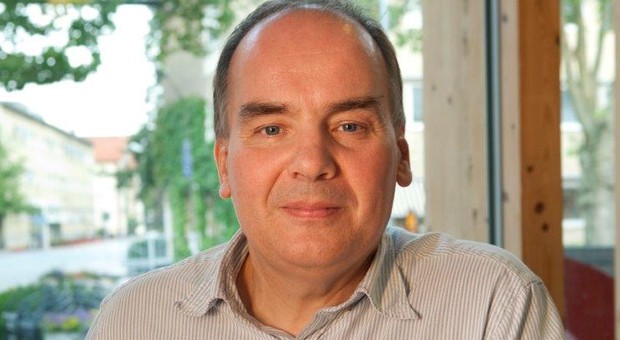 A pancreas from a dead organ donor gave rise to a completely new theory on what causes type 1 diabetes. Olle Korsgren, Professor of Transplant Immunology, and his colleagues at Uppsala University Hospital decided to take the opportunity to examine the donor’s pancreas. They discovered something surprising.

“We noticed a type of inflammation in several lobes in the pancreas. This made us consider whether type 1 diabetes may have other causes than the one we have learned from animal models: whether another mechanism could be present rather than T cells attacking beta cells,” explains Olle Korsgren.

Exocrine tissue, which comprises 99% of a pancreas, produces the digestive enzymes that are transmitted through channels into the digestive system. The remaining 1% is endocrine tissue, which is spread like small islets of cells throughout the pancreas. Slightly more than half these cells are beta cells, which produce insulin. These beta cells are especially damaged when a person has type 1 diabetes. Until a few years ago, type 1 diabetes was thought to be an autoimmune disease in which the body’s own defence mechanism mistakenly attacks its own beta cells. However, it has become increasingly evident instead that type 1 diabetes may be a type of chronic inflammation of the pancreas.

Olle Korsgren’s research has contributed to confirming this. As a result of the surprising results from the donor a decade ago, Olle Korsgren and his group decided to study human tissue rather than the animal models that were more difficult to demonstrate later clinically in people. He and his international partners constructed a substantial biobank with pancreases from people who had recently developed type 1 diabetes and people who had had it for a long time.

Such imaging technologies as ultrasound, magnetic resonance imaging (MRI) and computed tomography (CT) confirmed the clinical examinations and also revealed that the pancreases of people with type 1 diabetes were one third smaller in volume than those of healthy people. However, it is still not known whether people born with a small pancreas develop type 1 diabetes or whether they develop it because the pancreas loses tissue from disease.

So far, so good. But there is still a long way to go to understand why type 1 diabetes arises. Olle Korsgren and his colleagues also have a theory about this. From the 1990s until a few years ago, the incidence of young children diagnosed with type 1 diabetes in high-income countries increased by more than 20%.

“Previously, children younger than 1 year of age rarely had type 1 diabetes. This is more frequent now. We think this results from bacteria, viruses and bile from the digestive system infecting the channels in the pancreas, which have no protective defence mechanisms,” explains Olle Korsgren.

This may explain why the inflammation is concentrated in the areas around the channels that transmit the pancreatic secretions out of the organism, whereas other parts of the pancreas are unaffected. In the 1980s, young children in the Nordic countries had hardly any oral bacteria in their faeces. However, 80% of the stools of children today contain oral bacteria.

“We eat other nutrients and larger volumes of food than previously, and this means that we transmit oral bacteria into the digestive system, which provides access to the pancreas and is the reason for the inflammation, “says Olle Korsgren.

We thus infect ourselves. The human organism is presumably not used to adapting to radical changes in diet such as those experienced in high-income countries in recent decades. Our gastric juices cannot eradicate all bacteria when we eat in large volumes, so some survive and enter the intestines.

The theory about the cause of type 1 diabetes is important for Olle Korsgren’s other work of improving methods of transplanting pancreatic beta-cell islets.

Anna Krook, chair of the Novo Nordisk Foundation Committee on Endocrinology and Metabolism, which nominated Olle Korsgren for the Lecture prize, says:

“Olle Korsgren is incredibly active and has worked for many years to improve the treatment of type 1 diabetes. His ability to combine his work as a clinician and carry out pioneering research is exemplary. He has also been one of the leading lights behind establishing the Nordic Network for Islet Transplantation, an international donor network that has led to new landmark theories within research on type 1 diabetes.”

SCIENTIFIC OUTPUT: Olle Korsgren’s scientific output focuses on improving methods of transplanting pancreatic beta-cell islets to treat people with type 1 diabetes. This has led him into other research within such fields as the development of the pancreas and the causes of type 1 diabetes.

He is a founder of the Nordic Network for Islet Transplantation and is currently principal investigator.