Jørgen Kjems, Professor at Aarhus University, is receiving the 2018 Novo Nordisk Prize for his pioneering interdisciplinary studies of how RNA, the biological cousin of DNA, plays a key role in regulating cells and has enormous future potential in treating disease. 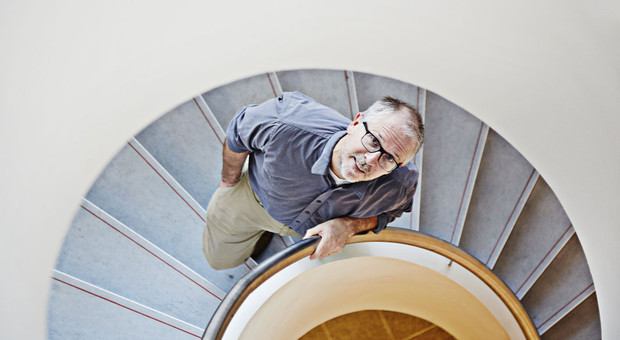 Jørgen Kjems’ scientific activities have always been technically and conceptually innovative. He contributed to challenging a key dogma within human biology early in his career when he and colleagues discovered that RNA has several unexpected key functions in relation to human genes.

At that time, most researchers thought that RNA simply functioned as a messenger between DNA and cellular proteins.

“We helped to demonstrate that, in addition to transporting genetic information, RNA also acts as a key regulator of various cell processes. Since then, it has been shown that up to 90% of all RNA probably has other key functions, such as regulating human genes,” says Jørgen Kjems.

Among the many important new scientific breakthroughs to which Jørgen Kjems’ group has contributed, a crucial one was the discovery in 2011 that circular RNA is highly prevalent in most organisms, including people. Circular RNA has a very important role in regulating other genes in the body.

A KIND OF SPONGE

In 2013, the research group confirmed in an article published in Nature that circular RNA functions as a kind of sponge that absorbs other RNA molecules and proteins so that they do not affect cellular metabolism. The more than 10,000 types of circular RNA therefore strongly influence the body’s regulatory mechanisms and are therefore also essential in diagnosing, preventing and treating for instance cancer and neurodegenerative diseases.

Jørgen Kjems is receiving the 2018 Novo Nordisk Prize for his outstanding research efforts. The Prize is awarded to recognize unique medical research or other research contributions that benefit medical science. The Novo Nordisk Foundation awards the Prize, which is accompanied by DKK 3 million.

“I am extremely honoured and very surprised to receive the Prize. I am grateful for the recognition of the importance of interdisciplinarity and wide-ranging vision that enables researchers to carry out both basic research and applied research within medicine. I consider this Prize as recognizing not just my research but also that of my colleagues,” says Jørgen Kjems.

Jørgen Kjems has been Professor of Molecular Biology and Nanoscience at Aarhus University since 2003. In 2013, he was appointed Director of the Interdisciplinary Nanoscience Center (iNANO) at Aarhus University, which integrates physics, chemistry, biology and medicine. In 2017, Jørgen Kjems was further appointed Director of CellPAT (Centre for Cellular Cell Patterns), funded by the Danish National Research Foundation. CellPAT aims to identify how cells talk to each other and thereby enable the types of communication errors that lead to disease to be prevented or corrected.

ABOUT THE NOVO NORDISK PRIZE