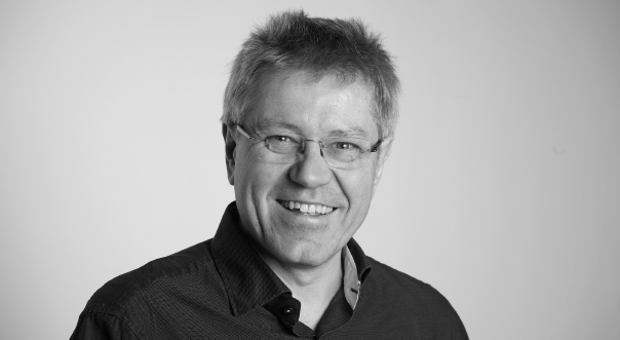 Exactly how are complex movements of the body controlled by the nervous system? What happens to these control systems in patients with impaired movement?

These are the major questions that Professor Ole Kiehn will address with the DKK 40 million Novo Nordisk Foundation Laureate Research Grant he has just been selected to receive. The grant enables him to move his laboratory to the University of Copenhagen and conduct his ambitious research there for at least 7 years.

Ole Kiehn, M.D., Dr.Sci., is currently Professor in Neuroscience at Karolinska Institutet in Sweden. For more than 20 years, he has been at the forefront of research that explains how the body’s limbs are controlled by the nervous system to produce movements.

The research that Ole Kiehn will conduct with Laureate Research Grant funding will provide comprehensive knowledge about the networks of neurons that control complex movements such as walking and running. To reach a higher-level understanding, the ways in which command signals from the brain are integrated with circuits in the spinal cord will also be investigated. These studies will lead to better understanding of movement disorders and identify new therapy strategies for patients with impaired movement.

About the importance of the Laureate Research Grant for his research, Ole Kiehn says:

“My research in neuroscience is targeting complex neural networks controlling motor function in the normal and diseased brain, and requires gathering of a lot of techniques and knowledge from different disciplines. The Laureate Research Grant with its generous and long-term funding will give me unique opportunities to establish such a scientific endeavor in Copenhagen and continue to perform top level research within this area.”

The Laureate Research Grant makes it possible for Ole Kiehn to return to the University of Copenhagen, where he received his education and began his career as an independent scientist before he was recruited by Karolinska Institutet in 2001.

“Copenhagen has an established environment in systems neuroscience and in motor control. I am excited about the positive development that has happened in the research environment making the Panum Institute an attractive place to return to,” he says.

From the Novo Nordisk Foundation, CSO and Head of Research and Innovation Grants, Niels-Henrik von Holstein-Rathlou, says of the award:

“The Foundation is very pleased to support Ole Kiehn’s groundbreaking locomotion research at the University of Copenhagen. The high-level and long-term funding of the Laureate Research Grant will benefit not only Ole’s studies, but also Danish neuroscience in general. Ole Kiehn’s Laureate Research Grant program is outstanding fundamental research with a significant potential for shedding light on human movement disorders and the development of new therapies.”

The 7-year grants are awarded following an open Call for Applications to exceptional researchers wishing to establish their research group in Denmark. Each award up to DKK 40 million is a framework grant covering project operations, salaries and research equipment.

Up to DKK 5 million per year is granted over the 7-year term, with an additional DKK 5 million being made available in the first year to cover initial start-up costs and staff recruitment. The grants may be extended for another 7 years based on a new application and evaluation in the sixth year.