The 2018 Marie and August Krogh Prize has been awarded to Hans Erik Bøtker for his research on heart disease. The Novo Nordisk Foundation and the Organization of Danish Medical Societies award the Prize, which is accompanied by DKK 1.5 million. Through his research, Hans Erik Bøtker has developed a method of treatment that has kept more people alive following a heart attack. 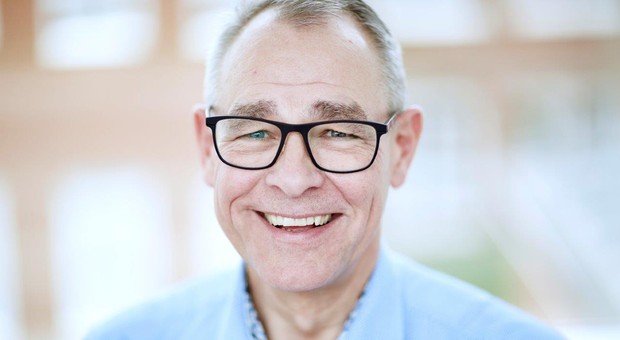 Hans Erik Bøtker, Professor of Cardiology at the Department of Clinical Medicine of Aarhus University, has carried out research on healing heart disease for more than 30 years. One result has been developing a method using a simple blood pressure cuff to keep a person’s heart alive in the ambulance on the way to the hospital.

“The idea builds on an old theory that depriving part of the body of oxygen induces the body to transmit numerous signals that benefit organs in other parts of the body, such as the heart. Initially, my collaborators experimented on pigs by putting a tourniquet around their back legs. An angioplasty, similar to the one performed on humans who have a blocked artery, was then carried out on the pigs’ hearts,” explains Hans Erik Bøtker.

The researchers could see that, if the tourniquet had been applied to the pig’s legs before the operation, it fared much better after the operation. The researchers therefore developed a similar technique for people. Instead of a tourniquet around the legs, they simply put a blood pressure cuff around the arm that could be tightened and loosened in the ambulance on the way to hospital.

“The experiment worked. The people treated had noticeably less damage to the heart muscle after the heart attack. The patients were followed up for up to 4 years, and they had fewer side-effects and a lower mortality rate following the heart attack,” says Hans Erik Bøtker .

The new technique, called remote ischaemic conditioning, is just one of many contributions Hans Erik Bøtker has made to science and medicine in the past 30 years. He has also carried out research on the metabolism of the muscular tissue of the heart; abnormalities among people with angina pectoris; and the damage mechanisms associated with acute heart attacks.

Hans Erik Bøtker is receiving the 2018 Marie and August Krogh Prize for his outstanding research efforts. The Prize is awarded annually to an outstanding health researcher in Denmark. The Foundation and the Organization of Danish Medical Societies award the Prize, which is accompanied by DKK 1.5 million.

Henrik Ullum, Chair of the Organization of Danish Medical Societies, says, “Hans Erik Bøtker is receiving the Prize for his lifelong and impressive research efforts on healing heart disease in Denmark’s healthcare system and for his collaboration with experts abroad. He has delivered and continues to deliver a recognized and important research effort in several extremely important fields that make him an especially valuable and active scientist.”

Hans Erik Bøtker highlights the major national and international collaboration as the key to his results.

“Most of the research I carry out is teamwork, so I am extremely grateful to receive this prestigious Prize. I have many excellent colleagues I can thank for great collaboration and the very exciting results that we have achieved. Together we will continue our efforts to understand the disease processes of the heart in detail so that we can save even more lives,” says Hans Erik Bøtker.

SAVING THE LIVES OF EVEN MORE PEOPLE

Before the method can become a fixed routine for ambulance paramedics, the procedure needs to be repeated on many patients to ensure that there are no side-effects and that it is clinically effective enough for an ambulance paramedic to use valuable time on it. Currently, trials are underway in international collaboration with researchers in the United Kingdom, Serbia and Spain.

“In Denmark, 2600 patients will be participating. We hope that the ischaemic conditioning will provide such good benefits that we can demonstrate longer survival after heart attacks, less damage to the heart muscle and preservation of the heart’s pumping function,” concludes Hans Erik Bøtker.

Hans Erik Bøtker will officially receive the Prize at the annual conference of the Organization of Danish Medical Societies on Friday, 26 January 2018.

ABOUT THE MARIE AND AUGUST KROGH PRIZE

ABOUT THE ORGANIZATION OF DANISH MEDICAL SOCIETIES