Prize Winner Has Unraveled the Mysteries of the Cytoskeleton 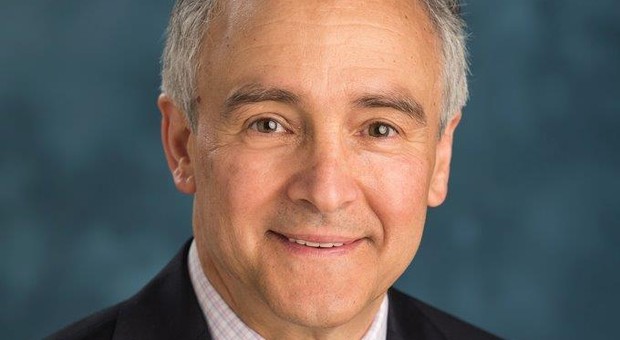 Bishr Omary, Professor of Molecular & Integrative Physiology at the University of Michigan Medical School, United States, is being awarded the 2015 Jacobæus Prize for his research into intermediate filaments, which are essential cytoskeletal components that facilitate the ability of cells to move and create different types.

The Prize is awarded annually by the Novo Nordisk Foundation to an internationally recognized researcher for extraordinary achievements within medical research.

“I am humbled and honoured to be included among the group of Jacobaeus awardees. This is also a wonderful recognition of the intermediate filament field at large, which encompasses more than 80 multi-organ diseases, most of which are rare but challenging,” says Bishr Omary.

Keratin, found in hair and skin, is the best known intermediate filament. These filaments bind cells together. A person with a defective gene that influences the function of keratin may develop a particular skin condition. Bishr Omary was the first to understand that keratin plays at least an equally important role in the digestive organs and that mutations in filaments can have very significant effects in liver disease.

The Jacobæus Prize is unanimously awarded by the Nordic Research Committee, the committee of the Novo Nordisk Foundation that awards the Prize.

Lea Sistonen, Member of the Nordic Research Committee, states: “Bishr Omary has been an absolute pioneer in paving the way towards the current understanding in intermediate filament research. He continues to spearhead discoveries and has served as an example and mentor for numerous younger scientists who have been working with and continue working with intermediate filaments.”

Bishr Omary is the 70th recipient of the Prize, which was established in 1939 and is the Foundation’s oldest prize. The Prize is accompanied by DKK 100,000, and the prize winner is invited to give a lecture on his or her research: the H.C. Jacobæus Lecture.

The 2015 lecture takes place at the annual H.C. Jacobæus Symposium, which is being held in Turku, Finland.

The Prize honours Hans Christian Jacobæus (1879–1937), who was a respected and well-known Swedish professor and pioneering clinical researcher within lung physiology and pathophysiology. His research includes the development of a method for exploring the pleural cavity (thoracoscopy) using a cystoscope, which greatly improved the diagnosis and treatment of lung diseases, especially tuberculosis.