Proclaims breakthrough for children with autism

The Tryg Foundation, the Lundbeck Foundation and the Novo Nordisk Foundation have secured funding for the largest research project on children with autism in Denmark to date. The project is carried out by the child and adolescent psychiatric clinics and research departments in all five regions in Denmark, the Copenhagen Trial Unit and the Center for Autism. 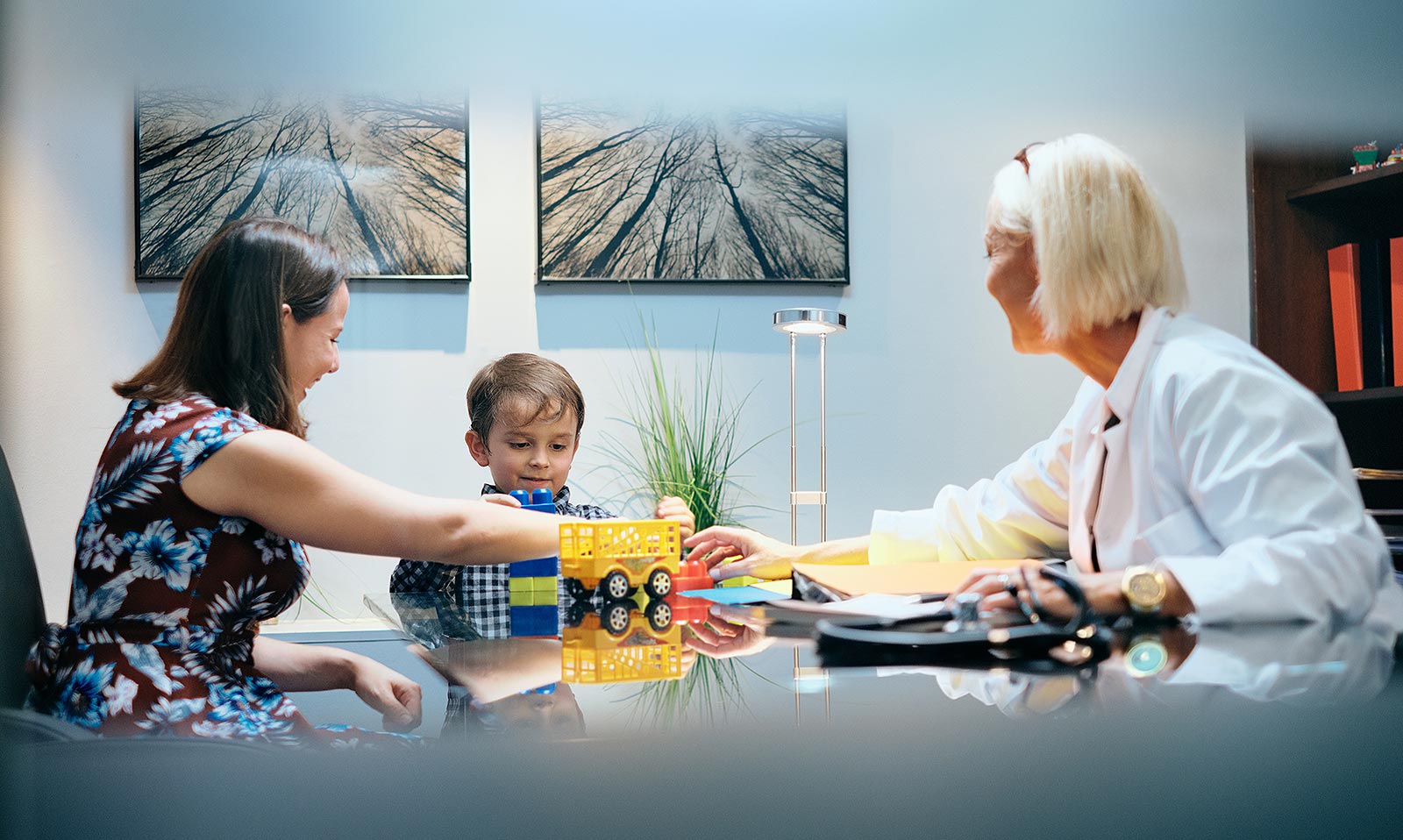 For the first time, all the regional child and adolescent psychiatric departments have come together to test a new innovative support for families with children with autism. This is happening in the DAN-PACT research project, where researchers and therapists in child and adolescent psychiatry are testing a method that has proven successful in England. DAN-PACT has been prepared for 4 years and is now made possible with a total donation of DKK 33 million from the TrygFonden, the Lundbeck Foundation, the Novo Nordisk Foundation and the Simon Fougner Hartmann Family Foundation, which means that the project can start in autumn 2022.

About 2 percent of all children today receive a diagnosis of autism within the group of autism spectrum disorders. Children with autism often have problems communicating and difficulty understanding other people’s thoughts and feelings. Also, autism may be associated with a lifelong need for support, an inability to support oneself, and an increased risk of anxiety, depression and loneliness.

-Many parents and their children are in a desperate situation when they receive the diagnosis, because there is a lack of support to the autistic child’s development. With the promising results from England, we now hope to be able to increase the children’s linguistic and social development and competences, says Niels Bilenberg, professor of Child and Adolescent Psychiatry, Odense and one of the initiators of the research project.

The results from England show that development in children with autism can be promoted measurably and noticeably, both in the short term and measured again 6 years later. This inspires the Danish researchers, and at the same time another of the initiators, professor of child and adolescent psychiatry Pia Jeppesen, Roskilde, emphasizes that the work with DAN-PACT will develop and strengthen our collaboration with parents in child and adolescent psychiatry.

– Our goal with DAN-PACT is to document the effects of the intervention and gather new knowledge that can be used to create the best possible conditions for children with autism and their families, says Pia Jeppesen.

– With the support for DAN-PACT, we want to contribute to ensuring evidence-based innovative treatment for the benefit of children with autism, their families and society,” says Martin Ridderstråle, Senior Vice President, Novo Nordisk Foundation.

In DAN-PACT, the researchers will carry out a randomized experiment with 280 children between the ages of two and six years, all of whom have recently been diagnosed with autism. All the families receive the usual support, but half are also offered the PACT intervention.

Before starting and after the end of the PACT intervention, each child is tested for the severity of its autism. The children are videotaped in connection with a structured test situation, which are reviewed by independent experts from the Center for Autism. However, when the experts assess the severity of symptoms of autism, they are blinded to whether children have completed the PACT or were allocated to the control group. This design increases the credibility of the experiment and thus the possibility of determining whether children in the intervention group have developed more than children in the control group.

The results from a randomized trial in England were extremely promising, with PACT strengthening the children’s social and communicative skills compared to children in the control group. The research project in Denmark will test the effect of PACT on children aged two to six years who have recently been diagnosed with autism. At present, a pilot project with 15 families has been completed, and the results show high satisfaction among the participating families and their therapists.

For the benefit of many

With the funding from the Tryg Foundation, the Lundbeck Foundation, the Novo Nordisk Foundation and the Simon Fougner Hartmann Family Foundation, the large-scale research project can start in all five Danish administrative regions from autumn 2022. This is to the great delight of practitioners both in child and youth psychiatry and in the Center for Autism, an independent foundation that supports people with autism and their relatives with research, teaching and support:

Pediatric Autism Communication Therapy (PACT) is a video-supported, parent-mediated treatment, developed by British researchers, based on the fact that parents know their child best and are the closest to supporting the child’s development. A professional therapist helps the parents to strengthen the relationship with their child through play and communication. The treatment is offered in the form of 18 sessions spread over 12 months, where parents and therapist work together based on observations of home video recordings of parents playing with their child. The parents train strategies to achieve joint attention, sensitive response and synchrony to the child’s initiatives in play and intimacy.

DAN-PACT is a Danish repetition and improved version of the British PACT project. DAN-PACT aims at children between the ages of two and six years who have recently been diagnosed with autism. 280 families from all Danish regions are offered to participate in DAN-PACT via a randomization.

Half of the families take part in 18 carefully planned play situations with the child, where the parents learn to incorporate elements into the play that stimulate and train the children’s desire to, for example, communicate and act socially. All play situations are videotaped and subsequently reviewed by the parents together with a PACT therapist. This is, to ensure that through play situations, the child receives training in those of the child’s abilities, which autistics typically do not develop to the same degree as the average. The other half form a control group, which receives the usual support offered.

Intervention group and control group are tested for the severity of their autism symptoms before and after the intervention. This testing will be recorded on video and will amount to approximately 560 hours of raw tape. Finally, specialists from the Center for Autism review all 560 hours of recordings of the children. The specialists do not know whether they are observing a child from the control group or a child from the active part of the experiment. In this way, it can be documented whether the PACT training has actually made a difference – without having to worry about whether the results have been influenced in a certain direction.