Jens Nielsen says: “I feel privileged to have the opportunity to lead BII. It has a size and breadth of ambition that we have not seen before in Denmark." 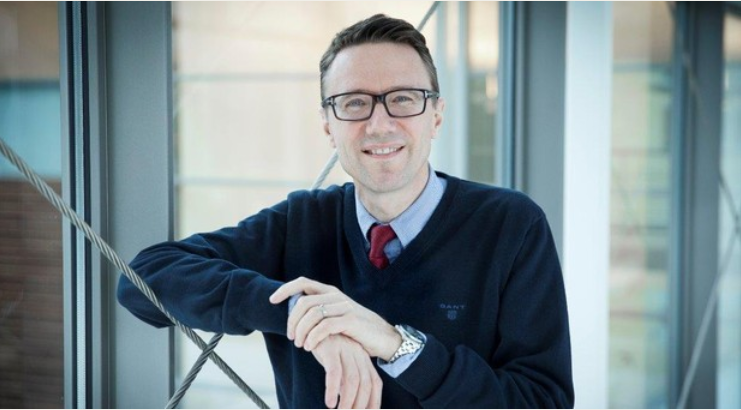 The Novo Nordisk Foundation has appointed Jens Nielsen, Professor and Chief Scientific Officer, as the new head of the BioInnovation Institute (BII) from 1 February 2019.

In 2017, the Foundation awarded a grant of DKK 392 million (€52.6 million) for establishing BII, with the aim of paving the way for many more life science start-ups in Denmark. BII supports the most talented researchers and entrepreneurs in developing and maturing high-quality research into new products and solutions that can combat disease, improve health or conserve natural resources. BII offers support in the form of funding, knowledge and mentoring. In September, BII announced the names of the first eight start-ups that joined one of the Institute’s programmes.

Jens Nielsen says: “I feel privileged to have the opportunity to lead BII. It has a size and breadth of ambition that we have not seen before in Denmark. The potential is enormous because our life science research is at a high international level. The challenge is that many research results never translate into new products because access to development facilities, expert knowledge and capital is lacking. I hope that our efforts with BII can change this in close collaboration with researchers, entrepreneurs, universities, hospitals and companies.”

Jens Nielsen is Professor at Chalmers University of Technology in Gothenburg, Sweden, where he founded the Department of Biology and Biological Engineering. He is also Chief Scientific Officer at the Novo Nordisk Foundation Center for Biosustainability, Technical University of Denmark.

Jens Nielsen is highly respected internationally as a researcher and entrepreneur. He has published more than 600 scientific articles, taken out more than 50 patents and founded several biotech companies including, in recent years: MetaboGen AB (acquired by BioGaia), Biopetrolia AB and Elypta AB. Jens Nielsen has received numerous scientific prizes and sits on numerous advisory bodies at universities in Europe and the United States. In addition, he is a board member of many of the companies he founded.

Thomas Nagy, BII’s current interim director, will continue until Jens Nielsen takes over. Thereafter, he will transition to a part-time position as Lead Entrepreneur, focusing primarily on BII’s relationships with companies.

“BII has already inducted eight start-up companies in a very short time and has received many applications for its programmes,” says Lars Rebien Sørensen, Chairman of the Board, Novo Nordisk Foundation. “The aim of the Foundation in establishing BII is to help to benefit the whole start-up environment in the life sciences and to create new companies that will benefit people’s lives and health and society.”

Sten Scheibye, Chairman of the Board of BII, says: “Jens Nielsen taking on the important task of leading BII is excellent news for the bioscience start-up environment. He has extremely relevant leadership qualities, great experience in life science research and biotechnology and practical experience of building companies. We would also like to thank Thomas Nagy for the important role he has played in establishing BII over the past two years.”

BII has been established at COBIS (Copenhagen Bio Science Park). In September, based on applications, BII announced the first eight life science start-ups selected to participate in the institute’s Business Acceleration Program. The companies will have access to a mentor and expert network intended to bring the companies’ products closer to the market. Also in September, BII closed the application round for its Proof of Concept and Creation House programmes, having received 10 applications for each place available.