We humans seldom reach the pinnacle of achievement in two very different careers. In 1970, Niels H. Secher was a world-champion oarsman. On Friday, 23 January, the Organization of Danish Medical Societies will honour him by awarding him the Marie and August Krogh Prize for his life-saving research. 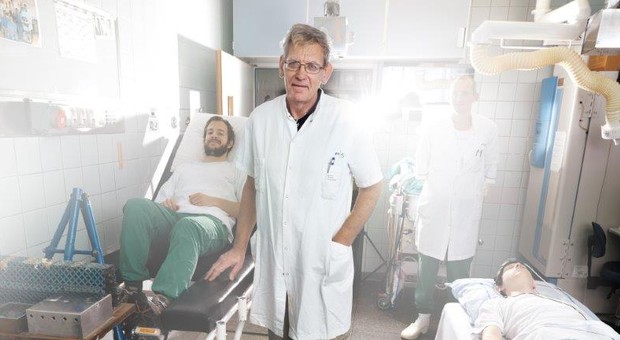 People can tolerate losing about one third of their blood supply before fainting. This information is extremely important, for example when people injured in a serious road crash are bleeding and admitted to hospital. Niels H. Secher’s research has led to new life-saving methods of measuring blood loss.

“We already monitor blood pressure and heart rate during surgery. By attaching an extra sensor, we can also monitor the volume of blood the heart is pumping around. This enables us to measure the amount of blood a person has lost to within 100 millilitres,” explains Niels H. Secher.

Niels H. Secher is receiving this year’s Marie and August Krogh Prize to recognize his lifelong contribution to research into circulatory regulation during physical exercise and robust activation, under anaesthesia and in different types of illness. The Organization of Danish Medical Societies and the Novo Nordisk Foundation award the Prize to an outstanding health researcher in Denmark. The Prize is accompanied by DKK 250,000 (€33,500).

“Receiving such a prestigious prize is a great privilege. The fact that it also carries the Krogh family name is a great honour because I have conceptually trodden in August Krogh’s footsteps. He inspired my research,” says Niels H. Secher.

“Niels H. Secher is a worthy recipient of the Marie and August Krogh Prize because, in an outstanding manner, he has continued the research tradition of possibly the greatest physiology researcher in Denmark. With his high research output, Niels Secher is a contemporary giant in Danish anaesthesiology and anaesthesiological and physiological research,” says Peter Schwarz, Chair of the Organization of Danish Medical Societies.

Representing Denmark in the 1968 and 1972 Olympic Games and winning the double sculls in the 1970 World Rowing Championships did not automatically lead Niels H. Secher to a career as a researcher and consultant physician. However, a chat with a fellow oarsman from Canada changed that.

“Roger Jackson told me that he had become a postdoctoral fellow at the August Krogh Institute. He persuaded me to investigate the physiology of rowers, which is when my interest in studying blood circulation began,” explains Niels H. Secher.

Niels H. Secher invented the term normovolaemia for blood circulation in balance, but even though he believed his arguments were convincing, he needed a rower’s persistence and stamina to convince his colleagues.

“I set myself the goal of defining normovolaemia, even though learned circles sometimes considered me unscientific. Normovolaemia was not an accepted term, but the fact is that people usually survive if both their respiration and blood circulation function normally,” adds Niels H. Secher.

Read more about the Marie and August Krogh Prize here.