Jens Lundgren is receiving the 2017 Hagedorn Prize for his pioneering and internationally recognized research on treatment for people living with HIV. 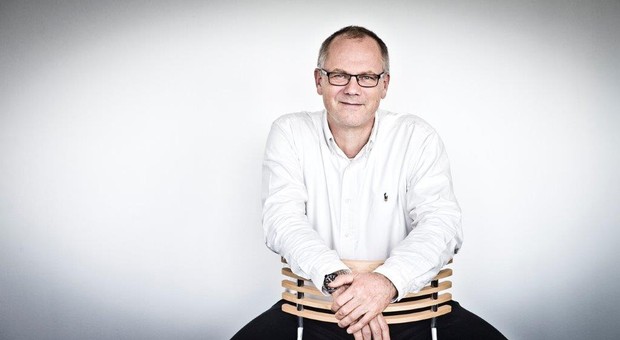 At 17:00 on 15 May 2015, Jens Lundgren received an unexpected phone call in his summer cottage. The call was from a member of the independent review committee of the major international Strategic Timing of Antiretroviral Therapy Trial (START), for which Jens Lundgren led the collection of data from 4700 people living with HIV. The message was that the START results were so significant that they would be published 18 months earlier than planned. These results could potentially save the lives of millions of people because they showed that people living with HIV could greatly minimize the risk of developing AIDS or cancer if they started antiretroviral therapy before showing any symptoms.

“It was an out-of-body experience. I do not always believe that people understand why we do this. Such a study is not listed in the job description, and it was the greatest challenge I have ever faced. But this is incredibly important, and so the elation that swept over me when I saw the results was unbelievable,” says Jens Lundgren, Professor of Viral Diseases at the University of Copenhagen and Senior Consultant at the Department of Infectious Diseases of Rigshospitalet.

Jens Lundgren has specialized in HIV research in the 30 years of his medical career, and he has led numerous major international studies that have helped determine the effects and side-effects of anti-HIV medicines. He has been active in research since 1984, the year when the fact that the HIV virus causes AIDS was first realized.

Currently, about 38 million people globally are living with HIV. Although HIV can be suppressed with antiretroviral medicine, these people have to receive treatment for the rest of their lives. At present, 18 million people are receiving HIV treatment. This is expensive and has side-effects – as does all medicine. With 20 million people still not receiving treatment and 2 million people acquiring HIV annually, primarily in low- and middle-income countries, this is a major problem.

DEBATE ON TREATMENT AS PREVENTION

In 2011, research showed that people living with HIV being treated with antiretroviral medicine did not transmit HIV through sexual contact. As a result, a new mindset was introduced in global health policy: using antiretroviral medicine for prevention. This triggered a debate in medical circles: when are society’s needs more important than those of individual people?

“Some doctors, including me, argued that we simply did not know enough to treat everyone. We knew that treatment has definite benefits for people living with HIV who are immunocompromised, but we did not know whether treatment positively affected people whose immune system was not yet weakened. If we gave people lifelong treatment and they only experience side-effects but no noticeable benefits, this would be difficult to justify ethically,” explains Jens Lundgren.

In 2007, together with international colleagues, he launched the START study. A total of 4700 people living with HIV attending more than 200 clinics on all continents except Antarctica started antiretroviral therapy: half before their immune system was compromised and half afterwards.

The study revealed that the people who began treatment before symptoms began had fewer infections and cancer cases than those that began their treatment later. This swept away the concerns about the potential lack of effectiveness. During the summer of 2015, a general global consensus developed that early treatment benefits both individuals and society.

The START study has therefore already been massively important for millions of people living with HIV globally. In 2016, the World Health Organization amended their global guidelines on the use of antiretroviral medicine for people living with HIV as a result of the study, and this has made all countries change their practices and recommend treatment as soon as people test positive for HIV. The global hope is that many fewer people will acquire HIV in the future and that people living with HIV will have many fewer complications.

Pia Nimann Kannegaard, Chair of the Danish Society of Internal Medicine, which awards the Hagedorn Prize, says: “Jens Lundgren stands out as an important figure within internal medicine because of his longstanding clinical and research activities and outstanding scientific output. Jens Lundgren has had decisive significance for studies on HIV treatment that have had global importance for how antiretroviral medicine is used and that have been internationally acclaimed. Jens Lundgren has also carried out impressive educational activities as a supervisor for many young colleagues. Jens Lundgren is therefore a worthy recipient of the 2017 Hagedorn Prize.”

Carsten Schade Larsen, Chair of the Danish Society of Infectious Diseases, who nominated Jens Lundgren for the Hagedorn Prize, says: “Jens Lundgren has carried out many fantastic HIV studies that have answered some of the most major basic questions about HIV and have changed the treatment of people living with HIV worldwide. He has established enormous treatment cohorts under varying conditions. What he has achieved is incredible, and he is therefore a worthy recipient of the Hagedorn Prize.

Founder and Director of the Centre of Excellence for Health, Immunity and Infections (CHIP), which has led numerous pioneering studies on the treatment of people living with HIV and their risk of transmission.

Jens Lundgren has led comprehensive global studies such as the Data Collection on Adverse Effects of Anti-HIV Drugs (D:A:D) study, which demonstrated that antiretroviral therapy can increase the risk of heart attacks; the SMART study, which showed that interrupting anti-HIV treatment increases the risk of disease and death among people living with HIV; and the PARTNER study, which documented that people living with HIV receiving treatment do not transmit HIV through sexual contact.

CHIP’s extensive knowledge on immunodeficiency is also used to investigate other conditions in which the immune system is compromised, such as transplantation and chemotherapy. Jens Lundgren recently established PERSIMUNE (Centre of Excellence for Personalized Medicine of Infectious Complications in Immune Deficiency) to examine the biological mechanisms that improve or worsen the condition of a person with a compromised immune system.

The Danish Society of Internal Medicine awards the Hagedorn Prize to recognize excellent research or development efforts within internal medicine in Denmark. The accompanying award of DKK 250,000 includes a personal award of DKK 100,000 and an award for research or development work of DKK 150,000. The Prize also includes the Hagedorn Medal. The Novo Nordisk Foundation grants DKK 250,000 annually for awarding the Prize.