Siding With the Disadvantaged

Merete Nordentoft has been awarded the 2017 Marie and August Krogh Prize for dedicated work in psychiatry in Denmark. 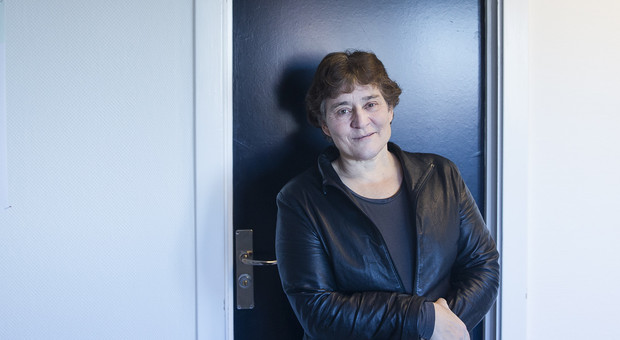 The 2017 Marie and August Krogh Prize has been awarded to Merete Nordentoft for dedicated work in psychiatry in Denmark.

Throughout her career, Merete Nordentoft has focused her clinical and research work on the most disadvantaged in society: people with severe mental health problems. Her solid research results have had major influence internationally and have set new standards for clinical and other guidelines in psychiatry both in Denmark and abroad.

Merete Nordentoft’s research has demonstrated that people with severe mental health problems have considerable excess mortality and that this results from such factors as poorer diet, smoking and lack of physical activity. In the OPUS clinical research project, Merete Nordentoft improved the treatment of people with a first psychotic episode through specialized assertive intervention and involving the family. This is now the standard treatment throughout Denmark.

“When people’s brains create experiences that are not based on reality, this is frightening for both themselves and their families. When this happens, we tend to think that these people’s mental disorders are all-encompassing and that they can neither trust their senses nor reason. But this is not correct: even those with the most severe mental health problems have some intact areas in their thought processes,” says Merete Nordentoft.

The Novo Nordisk Foundation and the Organization of Danish Medical Societies award the Prize, which is accompanied by DKK 250,000.

“I am honoured, delighted and surprised to receive the Prize. For me, this Prize also means a prize for both psychiatry in Denmark and for research based on population-based registries. These registries in Denmark have been essential in delivering the robust scientific results,” adds Merete Nordentoft.

In connection with awarding the Marie and August Krogh Prize, Henrik Ullum, Chair of the Organization of Danish Medical Societies, says:

Driving force behind establishing the OPUS clinical research project, co-authored Denmark’s action plan for preventing suicide in 1997–1998 and was involved in opening the Centre for Suicide Prevention.

One of the most frequently cited researchers in psychiatry. Has published 301 articles, of which 225 are original articles, 36 reviews and 23 editorials.

Merete Nordentoft has carried out numerous epidemiological and clinical studies on suicide and how to prevent it. More recently, she has conducted additional significant studies on the suicide risk associated with various mental disorders and on how interventions affect people who have attempted suicide.

Early intervention for people with a first psychotic episode

Merete Nordentoft was the primary driving force in establishing OPUS services for young people with early psychotic episodes. The services include specialized assertive intervention and are now available throughout Denmark.

Excess mortality from somatic illness among people with mental disorders

Merete Nordentoft has served as a member of the Saving Young Lives in Nordic Countries Task Force of the Nordic Council of Ministers. She has prepared numerous articles on excess mortality among people with mental disorders, focusing on cardiovascular diseases and alcohol consumption.

Children of parents with mental disorders

In recent years, Merete Nordentoft has carried out several registry-based investigations of the children of parents with mental disorders and established a cohort of 522 seven-year-old children of parents with schizophrenia or bipolar disorder. The first phase is now complete, and numerous articles are being prepared. The next follow-up, when the children reach 11 years, is beginning in January 2017.

The Marie and August Krogh Prize was established in 1969 and is awarded annually to an outstanding health researcher in Denmark. The Foundation and the Organization of Danish Medical Societies award the Prize, which is accompanied by DKK 250,000 (€33,500), comprising a personal award of DKK 100,000 and a research grant of DKK 150,000.

The Organization of Danish Medical Societies represents nearly 25,000 members and is an umbrella organization for Denmark’s medical societies.