The Maternity Foundation is one of the organizations which has received a grant from the Novo Nordisk Foundation. The grants is awarded to reduce maternal and newborn mortality in Ethiopia. Photo: Anne Prytz Schaldemose. 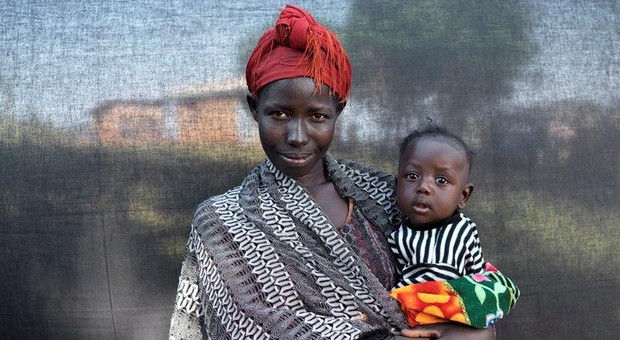 The Novo Nordisk Foundation has awarded grants to six organizations for several specific social and humanitarian purposes. The grants have supported disaster relief and projects with a long-term perspective such as helping to prevent maternal and newborn mortality.

The grants have all been awarded based on applications received. Two projects focus especially on disaster relief: SOS Children’s Villages received DKK 238,800 to help people affected by Hurricane Matthew in Haiti; and the Danish Refugee Council received DKK 500,000 to provide emergency relief for residents of Mosul, Iraq, who have been affected by a humanitarian crisis resulting from the armed hostilities in the city.

The other projects have a more long-term perspective, most in low-income countries. Engineers without Borders Denmark received DKK 420,800 to equip health clinics in areas severely affected by Ebola in Sierra Leone; Dental Health without Borders received DKK 115,000 for sending dental professionals to such countries as Rwanda, India and Palestine to help in both acute and preventive dental health initiatives; and the Maternity Foundation received DKK 440,000 for a project intended to reduce maternal and newborn mortality in Ethiopia.

In addition, the Foundation awarded a grant to one organization in Denmark: Julemærkefonden (Christmas Seal Foundation) received DKK 630,000 for their work in helping disadvantaged children, who often have psychosocial problems and struggle with obesity.

“We are pleased to support these projects because they will hopefully make a difference to people who experience deprivation of one sort or another. In the future, we will therefore be assessing how the Foundation can intensify its focus on the humanitarian and social sector,” says Thomas Alslev Christensen, Head of Operations, Novo Nordisk Foundation.

Engineers without Borders Denmark. The Novo Nordisk Foundation awarded a grant of DKK 420,800 for equipping health clinics in areas of Sierra Leone affected by Ebola. Volunteer Danish engineers working with local authorities and partners will install equipment such as solar panels and electricity in several clinics in remote parts of Sierra Leone. The project specifically focuses on pregnant women and children and will contribute to significantly improving access to healthcare for such groups as these.

Dental Health without Borders. The Novo Nordisk Foundation awarded a grant of DKK 115,000 for sending Danish dental professionals to such countries as Rwanda, India and Palestine. Local activities comprise both emergency treatment and preventive work, including instruction on toothbrushing, nutritional guidance and further education of local authorities responsible for health. The initiative will be implemented with local organizations and health authorities.

Maternity Foundation. The Novo Nordisk Foundation awarded a grant of DKK 440,000 for a project that focuses on reducing maternal and newborn mortality in Ethiopia. Only 20% of deliveries in Ethiopia take place with the assistance of trained health personnel, and this contributes to high maternal and newborn mortality. The focus is therefore on the further education of midwives and other healthcare workers. The project is being carried out over several years, and the Foundation also provided funds for the project’s first phase.

The Danish Refugee Council. The Novo Nordisk Foundation awarded a grant of DKK 500,000 to relieve the humanitarian crisis resulting from the armed hostilities in Mosul, Iraq. The Danish Refugee Council is a key actor in Iraq and one of four international organizations helping to coordinate and deliver emergency relief to the residents of Mosul. The grant will be used for such things as blankets and food for the many people fleeing the city.

Christmas Seal Foundation. The Novo Nordisk Foundation awarded a grant of DKK 630,000 to the Christmas Seal Foundation for their children’s homes, which help 750 disadvantaged children each year. These children often have psychosocial difficulties and struggle with obesity. Children staying at the Foundation’s homes get good food and plenty of exercise. They receive tools to tackle bullying and have opportunity to make new friends and experience a community that helps them to achieve personal victories and rebuild their self-esteem.