Solving a Mystery in the Brain’s Plumbing System

Acute liver failure affects several processes in the brain, and there is a risk that water accumulates in the brain to an extent which may have fatal consequences for the patient. One reason why fluid accumulates is that ammonia, a toxic gas, permeates the brain tissue. Researchers in Denmark have now discovered that this gas flows through channels that were previously only thought to allow the passage of water. This offers hope for new treatments for liver failure and cerebral oedema. 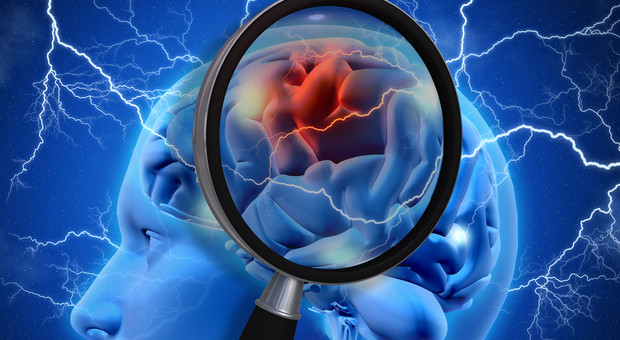 Acute liver failure affects several processes in the brain, and there is a risk that water accumulates in the brain to an extent which may have fatal consequences for the patient. One reason why fluid accumulates is that ammonia, a toxic gas, permeates the brain tissue. Researchers in Denmark have now discovered that this gas flows through channels that were previously only thought to allow the passage of water. This offers hope for new treatments for liver failure and cerebral oedema.

“We have indications of how ammonium ions (NH4+) enter the brain but how ammonia gas (NH3) gets into the brain has remained a mystery. Until recently, the established path of NH3 penetration into the brain was passive diffusion through the lipid membrane which, however, hardly explains the sudden rise in brain ammonia concentration in liver failure.

Our novel findings show that ammonia can enter the brain by an alternative route that previously was believed to solely transport water in and out of cells,” explains Nanna MacAulay, Associate Professor at the Department of Neuroscience and Pharmacology at the University of Copenhagen.

According to new results published in the highly renowned Journal of Biological Chemistry, ammonia is transported through the water channel aquaporin-4. Aquaporins are membrane proteins that create pores in mammalian cells for transporting water in and out. Charged particles and thereby most salts cannot pass through aquaporins. Peter Agre, who received the Nobel Prize in Chemistry 2003 for discovering these transport proteins, therefore dubbed these water channels “the cellular plumbing system”. The researchers in Denmark were therefore surprised by their latest discovery.

“We were actually carrying out a different set of experiments with the intent to acidify the interior of frog eggs. Adding ammonia to the solution in which we store the eggs, generally reduces the pH of the cell interior. However, when we applied ammonia to frog eggs that expressed aquaporin-4 in their cell membrane, the pH increased.”

Instead of being more acidic, the cell interior became more alkaline. There was only one sensible explanation: the ammonia gas passed directly through the pores, making the interior of the cell more alkaline. The researchers then had to carry out numerous experiments to prove that this permeation event actually happened.

“We use frog eggs to study these water channels as this system permits introduction of a vast number of aquaporin channels into a single egg. Therefore, we are able to detect even small effects assigned to aquaporin-4. Along with our expert collaborators from Germany, we were subsequently able to demonstrate ammonia permeability through aquaporin-4 in advanced computer simulations.”

The Aquaporin 4 channel. In free simulations the NH4 density (illustrated as blue mesh) is placed closely to the glutamate and aspartate residues on the protein surface, shown in red.

Even though the Danish research confirmed that charged molecules cannot pass through aquaporin channels, a more nuanced picture of aquaporins is still required. Because it was previously thought that only water could pass through certain types of aquaporins, these have been used for commercial purposes such as wastewater treatment. Although the new study does not diminish this potential, it nevertheless revolutionizes the basic understanding of aquaporins.

“We probably have to re-evaluate the basic understanding of the role of aquaporins. The human brain contains a considerable amount of water that is continually exchanged between the circulating blood and various tissues and within different structures in the brain tissue. The transport of water between the various compartments has to be strictly controlled since even the slightest disturbance can lead to brain failure or cerebral oedema (accumulation of excess fluid in the brain). It is therefore surprising that these water transport channels apparently allow other molecules to pass into the brain.”

According to Nanna MacAulay, incomplete knowledge of the mechanisms behind the brain’s water transport continues to prevent pioneering breakthroughs in treating cerebral oedema, which often kills people who experience cerebral haemorrhage or cerebral embolism (stroke) and acute liver failure. In attempting to create a complete picture, one vital piece is still missing: a plug.

“Closure of the individual water channels is currently not possible, as we simply lack the pharmacological tools, which thus hinders our understanding of this human plumbing system. To fully determine the role of aquaporin-4 in brain fluid dynamics, and now also in ammonia entry, we desperately need substances that can block these aquaporin channels “We such tools, we might be able to prevent water and ammonia from permeating the brain of patients with liver failure” concludes Nanna MacAulay.

The Journal of Biological Chemistry published Aquaporin-4 as a NH3 channel.

In 2015, the Novo Nordisk Foundation awarded Nanna MacAulay of the University of Copenhagen a grant for the project Molecular Mechanisms of Glia Cell Swelling in the Central Nervous System.