Jesper Svejstrup left Denmark in 1993 to learn from the best in the world in his field. Following a major grant from the Novo Nordisk Foundation, he is now returning to Denmark and a world-class research community. 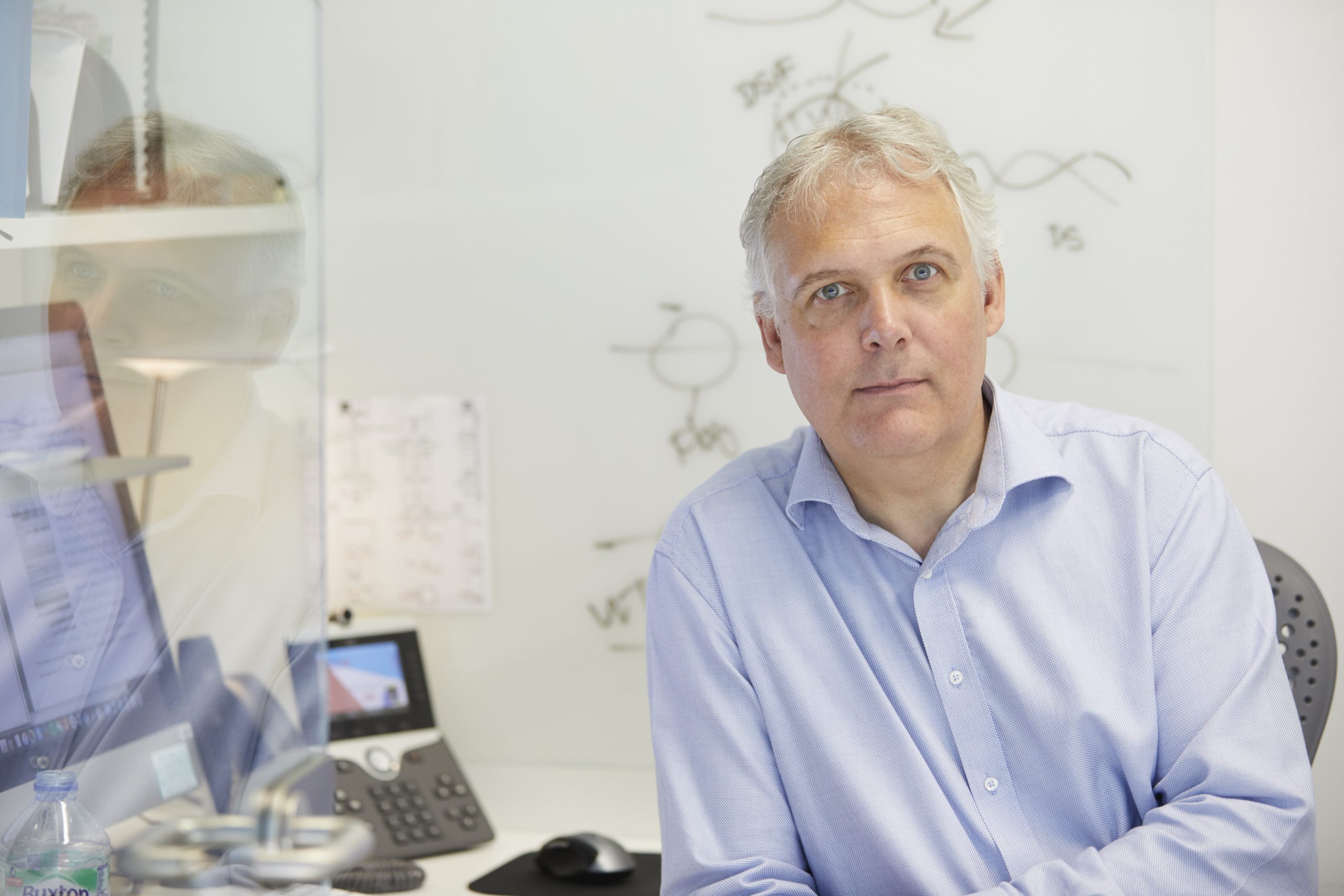 Denmark had just won the European football championship the previous year when Jesper Svejstrup and his wife boarded a flight to California to take up a postdoctoral fellowship at Stanford University in the group led by Roger Kornberg, who received the Nobel Prize in Chemistry in 2006.

Jesper Svejstrup travelled abroad as a young researcher to broaden his horizons, and 27 years later, he is returning to Denmark as an internationally renowned researcher.

A Novo Nordisk Foundation Laureate Research Grant of DKK 50 million and the opportunity to work from a base at a world-class research community at the University of Copenhagen made the decision to move easy.

“My wife and I have long considered returning to Denmark and giving something back to the country that nurtured and educated us and provided scholarships to travel abroad and learn. This fantastic opportunity was something to which we could only say yes, since it made sense in both research and family terms,” explains Jesper Svejstrup, who became Professor, Group Leader and Deputy Head of the Department of Cellular and Molecular Medicine at the University of Copenhagen on 1 September.

Research on the genetic mechanisms of DNA
Jesper Svejstrup’s research aims to map and understand how the DNA in our genes is transcribed and converted into RNA and then into proteins. When the molecular machine called RNA polymerase II (RNAPII) transcribes the genes, the genome must remain stable, because if it does not, the genetic mechanisms can malfunction.

Jesper Svejstrup’s group works specifically to understand the connection between the protein factors that regulate RNAPII and the transcription of genes and the proteins that keep the genome stable throughout the process.

Transcribing a gene involves many proteins that collaborate with RNAPII at different times in a highly dynamic manner to transcribe the genome.

Jesper Svejstrup has led many research projects that have identified many such proteins and their specific functions. Some of these regulate the rate of the process, and others help to complete the process of transcription correctly.

“The process of transcription underpins all life and is therefore crucial to understand because life cannot exist if this mechanism is unstable,” explains Jesper Svejstrup.

Improving insight into cancer and nervous system disorders
However, understanding the process that regulates the entire manifestation of the genome has greater perspectives than merely as a research topic for molecular biologists. Indeed, when the mechanisms regulating the genome become unstable, errors can occur, and this deregulation of genome expression is often equivalent to the development of cancer. Jesper Svejstrup’s research has thus over the past 20 years been supported by Cancer Research UK, the counterpart in the United Kingdom to the Danish Cancer Society.

Jesper Svejstrup explains that errors in genome regulation are the starting-point for the development of not just cancer but also many nervous system disorders in which the brain or the rest of the nervous system does not function properly.

“For example, we have worked to understand how these systems malfunction when people develop the severe neurodegenerative disorder Cockayne syndrome,” says Jesper Svejstrup.

“We want to learn more about the background for these diseases and disorders so that we can one day develop better treatment options for the people who have them,” adds Jesper Svejstrup.

Working with world-leading researchers at the University of Copenhagen
Jesper Svejstrup explains that he has two main reasons for moving his research to Denmark.

First, operating a large research laboratory with 15 to 20 researchers is very expensive, and a Laureate Research Grant of DKK 50 million is a huge help.

“We could not continue doing research like ours and move the laboratory from the Francis Crick Institute in London to Denmark without the grant from the Novo Nordisk Foundation,” explains Jesper Svejstrup, who has also received DKK 15 million from the Danish National Research Foundation to establish and operate his laboratory at the University of Copenhagen.

Second, much has changed in Denmark’s research community since Jesper Svejstrup left the country.

In 1993, researchers in Denmark typically needed to travel abroad if they were serious about creating ground-breaking research results in Jesper Svejstrup’s field that could change the understanding of the extremely complex mechanisms of transcription and the maintenance of genome stability. Over the past decade, much has changed, and the University of Copenhagen has now established itself as a global leader that attracts many researchers from abroad.

“People in the field of genome stability understand very well why we are now moving to Denmark and the University of Copenhagen. Some of the world’s best researchers in this field are here, and we would like to both collaborate with them on a daily basis and contribute to Denmark’s research in this field,” says Jesper Svejstrup.

The grants may be extended for another 7 years based on a new application and an evaluation of the project in the sixth year.