The Novo Nordisk Foundation has awarded a major grant to Professor Peter Carmeliet, who will now continue his pioneering research at Aarhus University. Photo: Jussi Puikkonen/KNAW. 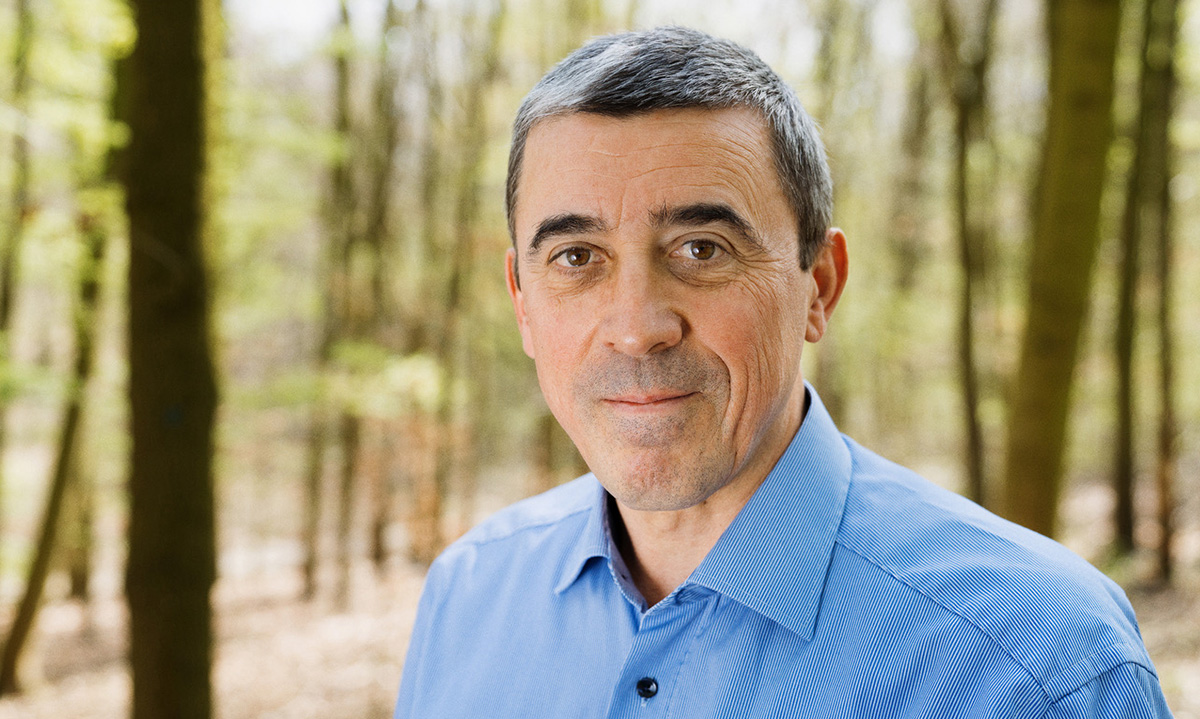 Few scientific discoveries at the cellular level manage to be translated into drugs to benefit the whole world. Researchers call it the valley of death, where too many discoveries of potential drug targets end their days.

However, some researchers are working to bridge the valley of death so that many more basic scientific discoveries can become actual drugs.

One of these researchers is the internationally renowned professor Peter Carmeliet. He has conducted his research from his home country, Belgium, but that research will now continue at Aarhus University thanks to a Laureate Research Grant of DKK 50 million from the Novo Nordisk Foundation.

“The problem is that there is still a long journey from the discovery of a new drug target to it being of interest to the pharmaceutical industry. My research focuses on making many more drug targets interesting so that a lot of basic scientific discoveries do not end up in the Valley of Death,” explains Peter Carmeliet.

He has developed a tool based on artificial intelligence that can predict the function of a specific gene, even if nothing is known about the functionality of the gene in advance. This new method can quickly help to determine whether a gene may be of interest in a drug context.

If the gene is interesting, it is preferentially studied in an animal model, such as mice, but developing mice with the required genetic characteristics to begin to investigate how any drug candidate affects the gene usually takes a long time. Here, too, Peter Carmeliet has found a solution.

“The process of developing a sufficiently genetically modified mouse model can reduce the time to just a few days or weeks. However, these mouse models still need to be studied in detail in a specific biological context, which remains a bottleneck in drug development. Nevertheless, our strategy can more rapidly show drug developers whether a drug target is interesting or not. This means that, with these techniques, we can investigate and validate many more drug targets than before. This technology can only be used for certain types of cells in the blood vessels right now, but it is still a step forward,” says Peter Carmeliet.

Peter Carmeliet and his team of researchers at Aarhus University will validate the techniques in an attempt to identify and develop various potential drug targets inside the blood vessels. These cells play a major role in developing various diseases, including cancer, and the goal is to help promote the development of drugs to combat these diseases in the future.

Denmark is a land of opportunities
Denmark’s success in attracting a researcher with such an interesting profile as Peter Carmeliet resulted not only from a large grant but also from other factors.

Peter Carmeliet says that the research community in Belgium for researchers approaching the age of 65 years is much more restrictive than in Denmark. This means that researchers have fewer opportunities for grants after 65 years, and funding opportunities also decline as you approach your 65th birthday – so that you cannot remain at the same competitive level as before.

“But I am brimming with ideas for new research projects, so I am not ready to retire yet. Denmark, in contrast, has no limits on how long you can continue to be productive as a researcher. In addition, there are very good opportunities for interesting collaborations with researchers in Denmark and for grants for research in Denmark. This applies not only to the Novo Nordisk Foundation but also to other foundations,” explains Peter Carmeliet.

He also points out that Denmark has substantial support and a stimulating environment to start spin-off companies based on scientific discoveries. He already intends to do this in connection with the discoveries that may emerge from the next many years of research.

“Aarhus University already has a really good research community within vascular biology. There is also a good link to clinical practice, which is important for confirming your animal research in humans,” says Peter Carmeliet.

Peter Carmeliet is now getting ready to come to Denmark. However, the work of finding the right colleagues has just started. Some junior scientists, including two Danes, have been recruited. They are being trained in Belgium by being introduced to the techniques Peter Carmeliet has developed.

“If the pandemic had not occurred, I would already be in Denmark. We are now establishing the laboratory and a new ground-breaking research collaboration in vascular biology. I am very much looking forward to running it for the next many years,” says Peter Carmeliet.

About Laureate Research Grants
The Foundation awards 7-year Laureate Research Grants to leading international researchers who want to establish a research group in Denmark. Each grant of up to DKK 50 million is a framework grant covering project operations, salaries and research equipment over the 7 years. The grants may be extended for another 7 years based on a new application and an evaluation of the project in the sixth year.