Torben Hansen to Give the 2015 Novo Nordisk Foundation Lecture 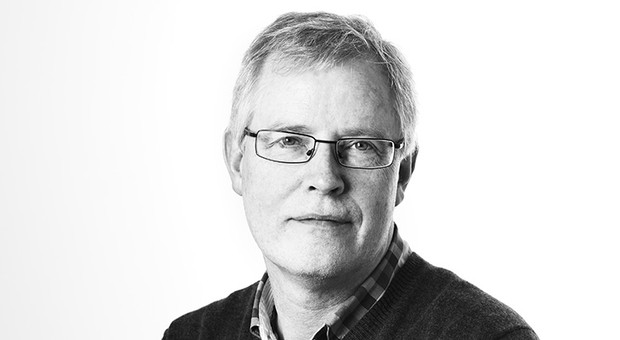 The disease now called type 2 diabetes has had several names, such as noninsulin-dependent diabetes and adult onset diabetes. Torben Hansen, who has been selected to give the 2015 Novo Nordisk Foundation Lecture, thinks that type 2 diabetes should encompass more names, since it is not one disease but a common name for a spectrum of metabolic disorders in which people have elevated blood glucose. Torben Hansen thus searches for more specific ways of precisely diagnosing people with diabetes.

“Today doctors apply a diagnosis of type 2 diabetes if a person’s blood glucose level is elevated. The test is inexpensive and simple, but the diagnosis is imprecise,” says Torben Hansen.

“We can thus give these people better treatment and improve their quality of life. Moreover, society can reduce health costs as we reduce the serious complications that many people with diabetes experience later in life.”

Torben Hansen is a Group Leader in the Section for Metabolic Genetics of the Novo Nordisk Foundation Center for Basic Metabolic Research. His group is trying to find genetic indicators for diabetes. They found a common gene variant accounting for 15–20% of all people with type 2 diabetes in Greenland. More than 80% of Greenlanders aged 60 years and older with two copies of this gene develop type 2 diabetes.

Perhaps the gene variant which has been identified can be interpreted as a sign of natural selection as the traditional Greenlandic diet consisted primarily of protein and fat from sea animals, i.e. an extremely low-carb diet. However, so far these are but speculations. The results have been published in Nature in 2014 and can be used to improve prevention and treatment options for those genetically at-risk.

“It’s always fantastic with large grants to support your research, but the unique thing about getting an award is that it has been given by esteemed colleagues in your field of research. These people have looked at your work and thought that this person has made a difference in his scientific field and has influenced the possibility of improving diagnosis and treatment of diabetic patients,” Torben Hansen says.

Mette Marie Rosenkilde, chair of the prize committee, states: “Torben Hansen is a pioneering and visionary researcher in diabetes and obesity. He is recognized and respected as an expert in genetics both nationally and internationally.”

ABOUT THE NOVO NORDISK FOUNDATION LECTURE

The Novo Nordisk Foundation Lecture is awarded for an outstanding contribution within research and/or treatment related to diabetes. The Lecture is awarded annually to an active researcher from a Nordic country, who is invited to hold a lecture to coincide with the annual conference of the Scandinavian Society for the Study of Diabetes. The scientist is selected to give the Lecture receives an award of DKK 50,000.

A committee comprising three members from the Nordic Research Committee of the Novo Nordisk Foundation and the Chair of the Scandinavian Society for the Study of Diabetes awards the Lecture. Members of the committee and the Society may nominate Lecture candidates. The Lecture was established in 1979 and was originally known as the Jacob E. Poulsen Grant.  Jacob E. Poulsen (1907–1988) was a senior hospital physician affiliated with Niels Steensens Hospital (now the Steno Diabetes Center) for 40 years and a key figure in the history of the Novo Nordisk Foundation.

The Lecture was established to recognize and appreciate his lifelong contribution to treatment and research related to diabetes and his inspirational example to young physicians and researchers. Responsibility for the Lecture was transferred to the Scandinavian Society for the Study of Diabetes in 1986, and in 1996 it was renamed the Novo Nordisk Foundation Lecture.