Young Children Suffer as a Result of Excessive Packaging

Perfluorinated compounds are fat- and water-repelling chemicals that are used in many ordinary household products ranging from pizza boxes to raincoats. For many years, researchers have been warning that these compounds can weaken the human immune system. A research group in Denmark has now demonstrated that, the higher the level of perfluorinated compounds in a mother’s bloodstream during pregnancy, the more ill young children become. 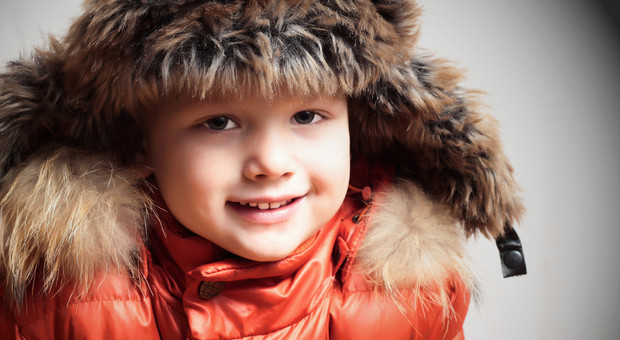 Perfluorinated compounds are fat- and water-repelling chemicals that are used in many ordinary household products ranging from pizza boxes to raincoats. For many years, researchers have been warning that these compounds can weaken the human immune system. A research group in Denmark has now demonstrated that, the higher the level of perfluorinated compounds in a mother’s bloodstream during pregnancy, the more ill young children become.

People value comfort and convenience in daily life. We want our raincoats to stay dry and want the wrapping of a fast-food burger to be impervious to fat. Unfortunately, this convenient wrapping of both people and food has a price – as revealed in a collaborative study by researchers at the University of Southern Denmark and Odense University Hospital.

“Our research indicates that perfluorinated compounds pass directly from pregnant mothers to the foetus and make the child more ill in the future. The higher the level of perfluorinated compounds we measured in a pregnant mother’s blood, the more days a child had fever in the first year of life,” explains Tina Kold Jensen, Professor in the Department of Environmental Medicine, Institute of Public Health, University of Southern Denmark and a lead author.

The research therefore indicates increased episodes of infection and a positive association between perfluorinated compounds in a mother’s bloodstream and a child’s immune system. For many years, researchers have been warning of the potentially harmful effects of these compounds, which researchers believe can harm a child’s immune system and brain. However, this is the first time that researchers have demonstrated that perfluorinated compounds in a pregnant mother’s bloodstream are clearly linked to the strength of the child’s immune response after birth.

“In previous studies, parents reported annually on their child’s illness, and this long time period makes it very difficult to remember. Our new methods produce far more accurate results because parents report every other week via a single text message, which is fast and efficient,” says Tina Kold Jensen.

Every 14 days, parents received a text message asking them whether their child had had a temperature over 38.5°C in the previous 2 weeks. The study included 359 women and their children as part of the Odense Child Cohort – an 18-year research project on children’s health in the Municipality of Odense, Denmark. The mothers had a blood test between weeks 10 and 16 of their pregnancy during 2010–2012. The families were contacted again in 2014 and asked to participate in a project on infections among young children.

Direct contact with perfluorinated compounds does not seem to be the most important hazard for people’s health. So touching pizza boxes or raincoats is not the real danger. Incineration of waste and the leaching of these compounds into the environment seem to be the major problems.

In 2008, the European Union banned the most common perfluorinated compounds, PFOA and PFOS, but that did not resolve the problems. In the coming years, the concentrations of perfluorinated compounds in the environment are expected to steadily increase in air, soil, groundwater, rain water and surface water. This is because the compounds break down extremely slowly, accumulating in the tissue of animals at the top of the food chain, including binding to proteins in humans.

“Finding other compounds with similar properties is difficult. This is why the banned compounds are merely being replaced by other potentially harmful materials. Although PFOA and PFOS have chains of 8 carbon molecules, the new compounds just have slightly longer chains, so there is no reason to believe that this reduces the harm to people and the environment,” explains Tina Kold Jensen.

HARD TO ELIMINATE FROM THE BODY

Tina Kold Jensen therefore hopes that the new study will provide food for thought about future approvals of these types of compounds. The results should also promote further studies of how the compounds affect children’s health.

“Unfortunately, perfluorinated compounds seem to have many adverse effects on prenatal development. In addition to affecting the immune system, the compounds may inhibit brain development,” she says.

Researchers have therefore initiated new studies as part of the Odense Child Cohort to develop new and more detailed knowledge on how to promote children’s health. This time, researchers are looking at how another infamous group of compounds affects the development of young children’s brains.

“This project will test whether phthalate plasticizers are associated with young children’s vocabulary. According to linguists, young children’s vocabulary is associated with their intellectual ability as adults. It will be very worrying if we can demonstrate this link because it may indicate that the compounds harm long-term brain development,” concludes Tina Kold Jensen.

The previously conducted research has been published in Environment International: ”Association between prenatal exposure to perfluorinated compounds and symptoms of infections at age 1–4 years among 359 children in the Odense Child Cohort”.

In 2015, the Novo Nordisk Foundation awarded the Research Unit of Environmental Medicine at the University of Southern Denmark a grant for a project on endocrine-disrupting chemical exposure and language development up to age 4 years in the Odense Child Cohort.