The Centre seeks to achieve new breakthroughs and to solve problems within biology and medicine by the use of computers. 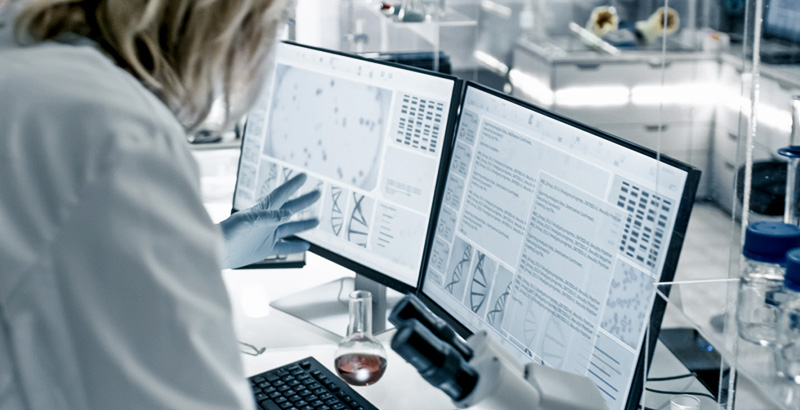 Much health science research is so complicated that it requires using computer technology to store, analyse and extract all the biological data. Bioinformatics aims to solve these challenges. For example, cancer research uses bioinformatics to analyse the large quantities of data obtained when researchers try to identify which genes are more highly expressed in a particular type of cancer. This can lead to understanding a disease better and consequently more precise diagnosis and better treatment.

Researchers at the Bioinformatics Centre of the University of Copenhagen carry out basic research in bioinformatics – primarily using probability-based models and comparative methods in computer-based analysis of non-coding RNA, gene modification and protein structure. The Centre also runs the University’s 2-year MSc programme, offering annual places to 10 students, with half coming from Denmark.

The Bioinformatics Centre was originally established as an independent centre under the Faculty of Science in 2002. In 2006, it became a part of the Department of Molecular Biology (now the Department of Biology). The Centre collaborates with many experimental groups and institutions in Denmark and around the world.