The Novo Nordisk Foundation has opened the call for nominations for the 2020 Novozymes Prize, a prestigious new European research prize. 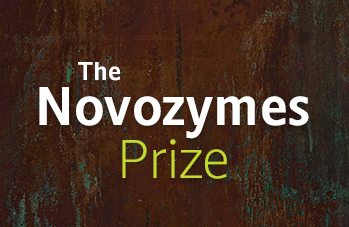 The Novo Nordisk Foundation has opened the call for nominations for the 2020 Novozymes Prize, a prestigious new European research prize.

The Novozymes Prize is awarded to recognize outstanding European research or technology contributions that benefit the development of biotechnological science for innovative solutions.

This year, British Professor Dame Carol Robinson was awarded the Prize for her scientific breakthrough in the use of mass spectrometry for analyzing proteins.

The Novozymes Prize is accompanied by DKK 3 million: DKK 2.5 million for the Prize recipient’s research and a personal award of DKK 0.5 million. An additional part of the Prize is an international symposium within the awardee’s field of research.

“The purpose of the Novozymes Prize is to raise awareness of basic and applied biotechnology research,” says Birgitte Nauntofte, CEO of the Novo Nordisk Foundation.

Awardees must have made an important contribution to European Science.

They must have a current position and an active research program at a public or non-profit research institution in a European country. Awardees can have any nationality.

With this call for nominations, the committee seeks the assistance of the scientific community in identifying the most worthy candidates for the Prize. Please support the further establishment of the Novozymes Prize by nominating a scientist who has had a major impact on the development of biotechnological science for innovative solutions.

The Prize was awarded for the first time in 2015.  It is awarded by a prize committee under the Novo Nordisk Foundation that selects awardees based on their scientific achievements after a confidential nomination and review process.

The Novozymes Prize recipient will be announced in March 2020.

Nominations must be submitted electronically at: https://novonordiskfonden.dk/en/nominationform/novozymes-prize-nomination-form-2020/

Read more about the Prize and see the complete list of previous recipients at:

The vision of the Foundation is to contribute significantly to research and development that improves the lives of people and the sustainability of society. Since 2010, the Foundation has donated more than DKK 20 billion (€2.7 billion), primarily for research at public institutions and hospitals in Denmark and the other Nordic countries. Read more at www.novonordiskfonden.dk/en