Unwittingly, 10,000 people in Denmark have chronic blood cancer and risk developing life-threatening blood clots. Professor Hans Hasselbalch has dedicated his career to research in this field, which he describes as being near to his heart. He is receiving the 2021 Hagedorn Prize accompanied by DKK 1.5 million for his impressive and pioneering efforts. 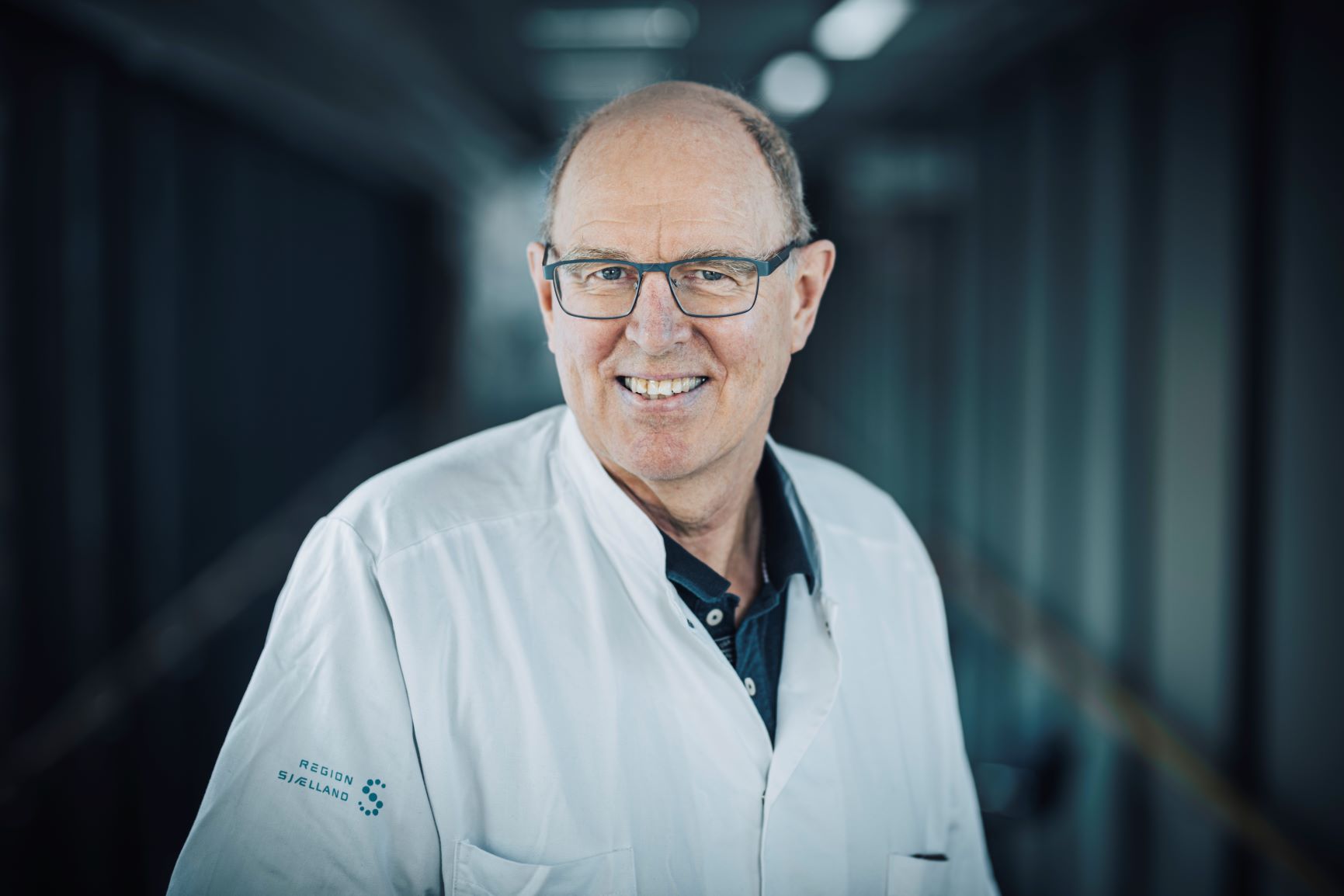 Dedication, passion and vision. These are some of the key words colleagues use to describe Hans Hasselbalch. For 40 years, he has investigated three types of chronic blood cancers known as chronic myeloproliferative neoplasms (MPNs). These were previously considered rare, and 500 people are diagnosed annually in Denmark.

Fortunately, Hans Hasselbalch and his team at Zealand University Hospital questioned this. Their studies revealed undetected gene mutations and a massive underdiagnosis of MPNs. Thus, they estimate that 10,000 people in Denmark have MPNs, with the accompanying higher risk of death from blood clots, bleeding, heart, lung and kidney disease and other types of cancer. Diagnosing MPNs much sooner is therefore very important.

Hans Hasselbalch, who just turned 70 years, is receiving the 2021 Hagedorn Prize not for one specific project or research result but for his extensive career focusing so intensely and ambitiously on blood cancer. The Danish Society for Internal Medicine awards the Prize to recognize excellent research or development efforts.

“I am very pleased and grateful to receive the Hagedorn Prize on behalf of the whole team. Receiving this distinguished prize in recognition of our research output is amazing,” says Hans Hasselbalch.

Interdisciplinary research collaboration
The Prize recipient is the founder of the Danish Myeloproliferative Neoplasms Research Consortium. This includes the Zealand Inflammation Research Initiative, an interdisciplinary team of 31 researchers in Denmark working to improve the quality of life and survival of people with MPNs. The researchers are based at many institutions, including clinical departments; the National Center for Cancer Immune Therapy, Herlev Hospital; the Institute for Inflammation Research, Rigshospitalet; the Technical University of Denmark; Roskilde University; and the Department of Clinical Genetics at Odense University Hospital.

People with MPNs have a higher prevalence of several other diseases, and the goal is to identify and diagnose them much sooner, thereby preventing blood clots from developing in e.g. the brain, heart and lungs. Because MPNs are diagnosed too late, the people who have them are typically hospitalized for other reasons first, which is why interdisciplinary collaboration is so crucial.

In the 1980s, Hans Hasselbalch introduced interferon therapy for MPNs in Denmark. Since then, he has led several studies that have paved the way for interferon to be used at many MPN treatment centres around the world. In the long term, the vision is to be able to cure people with early immunotherapy, including interferon and vaccination.

“Interferon therapy is one of the most important breakthroughs within MPNs in my career. I am incredibly pleased to have such a meaningful job and that our team has been able to make a huge difference both globally and for individual patients,” says Hans Hasselbalch.

Medicine as a lifelong pursuit
Hans Hasselbalch has been involved in MPNs – his lifelong pursuit – since he entered medicine as a young man. Since then, he has treated thousands of patients. Today he is a globally recognized expert in MPNs, with an impressive track record and long list of journal articles. An important part of the mission of Hans Hasselbalch and his team is disseminating knowledge, and he has twice received an award for teacher of the year at Rigshospitalet.

“Hans Hasselbalch is a professional beacon and pioneer in his field. He is extremely active in research, and he unquestionably deserves to receive this year’s Hagedorn Prize. His important research is a signpost to the future,” says Pia Nimann Kannegaard, Chair of the Board of the Danish Society of Internal Medicine.

In addition to alleviating the development of disease and improving treatment, correctly diagnosing people with MPNs much earlier provides economic benefits by reducing healthcare costs.

Because of COVID-19, the Prize award ceremony will be postponed until 2022, when Hans Hasselbalch can hopefully be celebrated properly without restrictions. The Chair of the Danish Society for Internal Medicine and the CEO of the Novo Nordisk Foundation will present the Prize.

Myeloproliferative neoplasms is a generic term for several types of chronic blood cancers characterized by elevated blood cell counts. A common feature is that the bone marrow does not function properly. Bone marrow produces red blood cells, which carry oxygen around the body; white blood cells, which fight infections; and platelets, which help the blood to clot.

The Hagedorn Prize was established by the Danish Society of Internal Medicine in 1966 and is awarded at the Society’s annual general meeting to recognize excellent research or development efforts within internal medicine in Denmark. The accompanying award of DKK 1.5 million includes a personal award of DKK 250,000 and an award for research or development work of DKK 1.25 million. The Prize also includes the Hagedorn Medal.

About the Danish Society for Internal Medicine