When Marco Prinz chose to study microglia after his medical studies, they were the most boring cells in the brain. Twenty-four years later, he is receiving the 2021 Novo Nordisk Prize for his pioneering studies of the crucial roles of these cells in the central nervous system, both in normal brain function and in connection with disease. His groundbreaking results form the basis for new diagnostic and treatment concepts for diseases such as multiple sclerosis and Alzheimer’s. 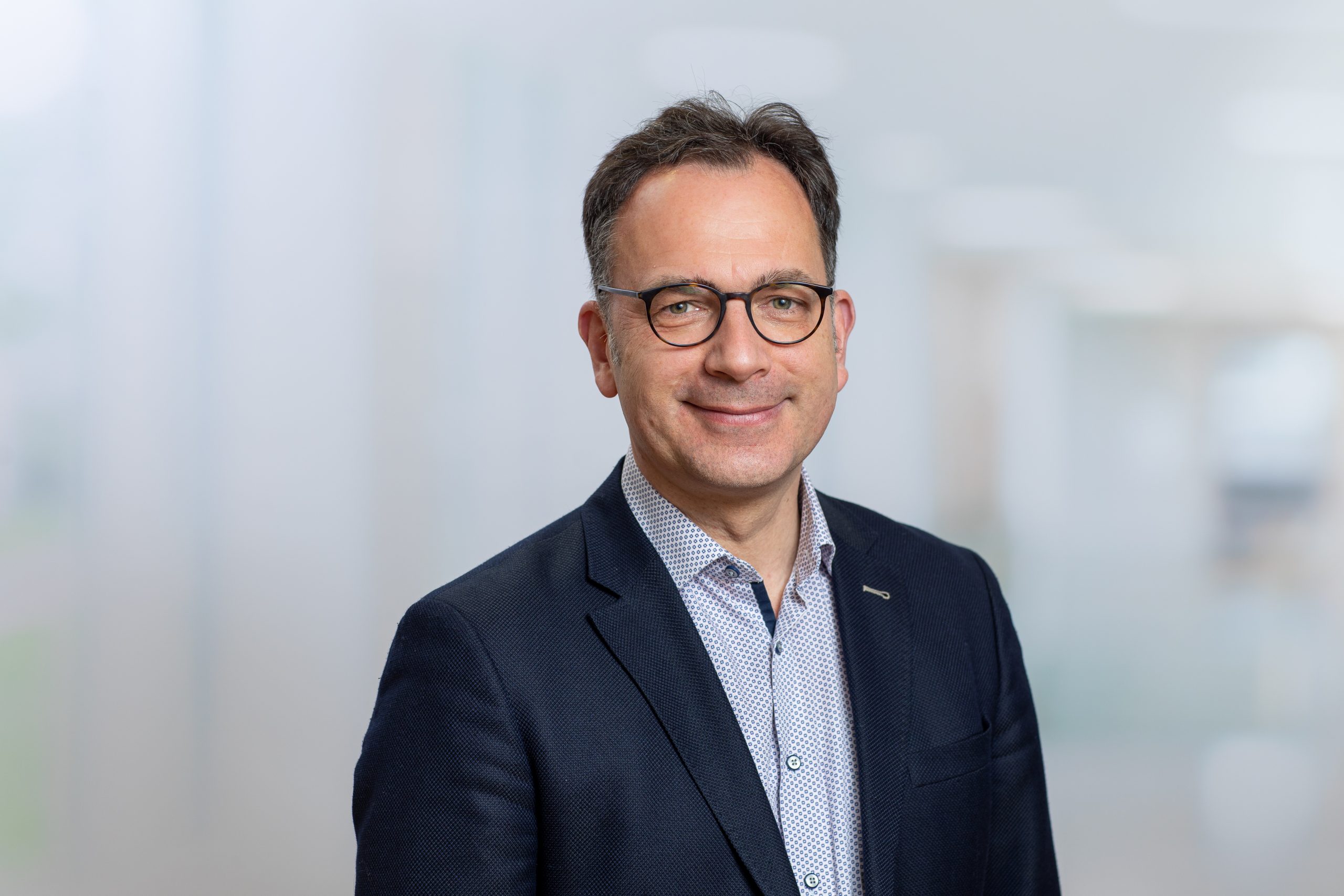 The blood–brain barrier is an impenetrable barrier between the circulating blood and the brain established before birth that prevents immune cells from entering the brain from the body’s immune system. Thus, the brain has its own immune system with a key actor called microglia. As wardens and housekeepers, the microglia play a central role in both monitoring and defending the brain and maintaining its normal functions. At the start of his career, German professor Marco Prinz became fascinated by these cells, which were at that time primarily thought to be the brain’s garbage collectors.

“Most people found them boring, because they were thought to simply remove waste during illness. Our research has shown that their function extends far beyond this role and that the development of microglia dates back to a remarkably short period during fetal development. Microglia are key in maintaining the normal function of the brain, and their failure can therefore also lead to several very serious brain disorders,” explains Professor Dr. Marco Prinz, Director at the Institute of Neuropathology, Medical Center, University of Freiburg, Germany.

Early alarm clock in the brain
In brains affected by multiple sclerosis or Alzheimer’s disease, microglia become activated, expand in numbers and respond rapidly to reduce damage by gobbling up dying cell parts and characteristic protein build-ups. However, after a few weeks of cleaning unwanted material, they get exhausted and aged, eventually contributing to developing severe brain disorders.

“I think we are now starting to understand how these police officers in the brain work. Based on what we and other groups find in terms of signatures, of function, this can be used for patients, because the microglia seem to be the first to respond during almost any brain disease. So if we can identify some molecules, genes or markers that are really typical for microglia-specific disease, we could possibly develop better diagnostics and treatments,” says Marco Prinz.

For his unique efforts, Marco Prinz is receiving the Novo Nordisk Prize, which is accompanied by DKK 5 million. The Novo Nordisk Foundation awards the Prize to honour an active scientist who has provided outstanding contributions to advance medical science to benefit people’s lives.

“Marco Prinz is an exceptional clinician scientist who exemplifies how basic and clinical research can come together to generate paradigm-shifting new knowledge. He has contributed to drawing a novel picture of the role of the innate immune system in the central nervous system, elucidating the function and origin of the brain’s microglia and their functional connection to the intestinal tract and the microbiome. With the 2021 Novo Nordisk Prize, we celebrate bridging the gap between basic and applied research in neuroimmunology,” says Jørgen Frøkiær, Chair of the committee that awards the Prize.

Marco Prinz is delighted to receive the Prize and says:

“It was hard to imagine 25 years ago that I would receive these honours and distinctions, because at that time not many paid attention, so I accept the Prize with great humility and pride. Predicting how this field might develop during the next 10 years is difficult, but it is exploding currently, with interest and potential possibilities for curing some of these disabling and deadly brain diseases, and this is still the driving force in my daily work.”

Future treatment
Marco Prinz imagines that it might be possible in the future to identify some of the microglia-specific molecules using magnetic resonance imaging or positron emission tomography in living patients and thus diagnose the disease even before symptoms appear.

“This is like an early alarm clock in the brain that can tell us things that are not possible to tell us today. Brain disease today is usually diagnosed based on the symptoms or even small biopsies from the human brain. If the microglia in a specific region are activated, we can then tell that the patient seems to be developing a specific brain disease,” explains Marco Prinz.

Today most brain diseases are diagnosed when the disease has already progressed and the patients have difficulties. With early diagnosis, the patients can potentially get more specific treatment that might be-microglia-based in the future.

“We consider microglia to be obvious targets for treating people with central nervous system disorders such as multiple sclerosis and Alzheimer’s. We call these neuromodulatory therapies. They can be pharmaceutical interventions or brain stimulation to remedy and cure the diseases,” says Marco Prinz.

The Prize is intended to award and further support biomedical research in Europe.

The Foundation will award an additional DKK 0.5 million for hosting an international symposium within the recipient’s field(s) of research.

The 2022 nomination call is open until June 1st at that link https://novonordiskfonden.dk/en/prizes/the-novo-nordisk-prize/.

About the Institute of Neuropathology, University of Freiburg
The focus of the diagnostic activities of the Institute of Neuropathology is the evaluation of bioptic tissue specimens from the central and peripheral nervous system, covering the microscopic and molecular examination of CNS and PNS tissues. Research activities comprise projects in the area of innate immunity of the brain, such as autoimmune inflammation (EAE model), neurodegeneration and general immunity. Clinical and scientific work is being carried out in close collaboration with colleagues from the Department of Neurology and Neuroscience, Department of Neurosurgery and other medical specialties within the Neurocenter and from other institutions.