A Conduit Between Research and Practice

The mission of the project is to create knowledge that can be used as an underlying argument for how health services should be organized, says Peter Vedsted. 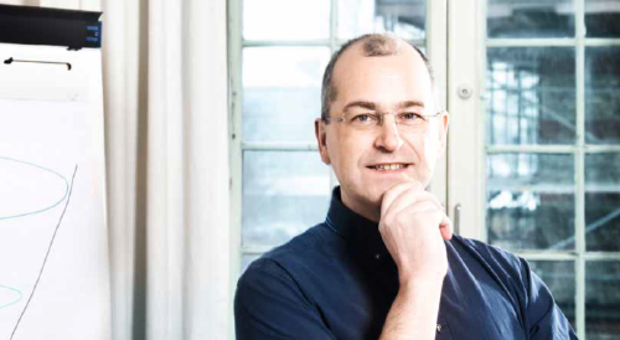 ‘- In Denmark’s health care system, we know a lot about how cancer appears and how cancer can be treated. There are many talented people who are extremely knowledgeable about the whole cancer process. Our real problem is that the health care system has not really been able to create coherent care pathways, says Peter Vedsted.

For the last four years, Peter Vedsted has headed up the Research Centre for Cancer Diagnosis in Primary Care, which was established at Aarhus University in 2010 with grants of DKK 15 million (€2 million) each from the Novo Nordisk Foundation and the Danish Cancer Society. The remit of the Centre is to elucidate the reasons for the long waiting times that people with cancer experience from the first symptom until treatment starts, including how to create the best possible collaboration in the health sector around people with cancer. Despite being new, the Centre, which has 25 researchers connected to it, has delivered significant research results that, in some cases, have changed practices in the health care system.

– Our most important contribution has been to document why progressing from the first symptom to treatment took too long in Denmark. Half of a patient cohort waited 3 months to be treated, and one quarter waited for more than 6 months. The reasons for this included how the health care system is organized and how people collaborate across the system,” says Peter Vedsted.

– Lung cancer is one example of this development of collaboration and organization. Typically, when a person goes to a general practitioner (GP) with a symptom of lung cancer, the GP refers to a specialist who, after an examination, orders a CT scan. We set up a controlled trial in which GPs referred the people in one group to a specialist for examination and sent the people in the second group directly for a CT scan. The direct referral saved 22 hours of specialists’ time for every 100 patients referred – without negatively affecting treatment. These hours could be used to treat people who are ill.

– The research has resulted in the referral programme for lung cancer in Denmark deciding to recommend that GPs refer people directly for CT scanning, says Peter Vedsted.

The research by the Centre has also documented that the cancer care pathways launched in Denmark neglected some groups of people.

– Initially, some people present symptoms that are not typical for people with cancer. They were not included in the specific cancer care pathways, which state that if a person has certain specific symptoms, then they must be examined in very specific ways. Based on our research, diagnostic units were established across the country, says Peter Vedsted.

Peter Vedsted spends a large part of his time communicating the research results of the Centre.

– We spend a lot of time engaging in dialogue with doctors, patient organizations, scientific societies, politicians and other stakeholders. In this way, we act as a conduit between research and practice.

– Our overall goal is to contribute to giving people with cancer a better and longer life. Together with those carrying out cancer research and making new discoveries, we also need to ensure that the focus remains on combating cancer coherently, says Peter Vedsted.

– And I suspect that what we learn about the organization of the health care system based on cancer can be transferred to other fields. In this respect, this type of research has considerable potential, he concludes.