The Novo Nordisk Foundation has awarded a grant of DKK 13.7 million to Bo Wegge Laursen for an extraordinarily ambitious research project in which he will develop tools for measuring the rate of biochemical processes in living cells. The grant has been awarded as part of the Foundation’s new NERD (New Exploratory Research and Discovery) research programme that supports wild ideas by creative researchers. 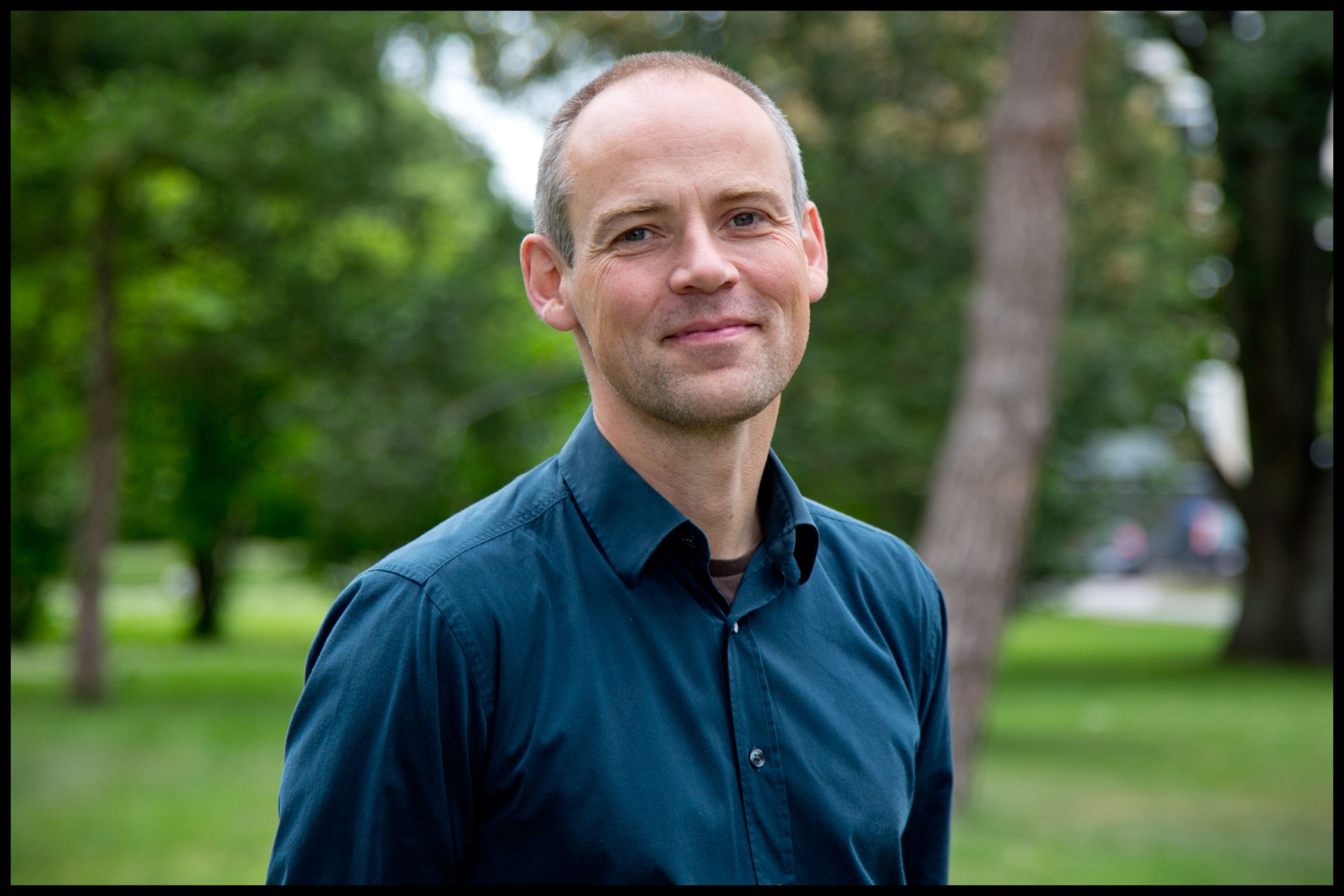 This happened to Bo Wegge Laursen, Professor, Department of Chemistry, University of Copenhagen.

The story began when he discovered something in his results that did not quite add up during an experiment with a fluorescent material for measuring the acidity of a liquid. There was variation that could not be explained at that time. Bo Wegge Laursen did not think much about this initially and published his data, which he had done so many times before.

Later, he revisited the data and suddenly realized that the variation was not a variation at all. Instead, the data indicated that his fluorescent dye was the first in the world to effectively measure the rate of acid–base reactions in a liquid.

Bo Wegge Laursen immediately realized that the discovery might have basic scientific, research and medical potential, which he plans to realize based on a grant of DKK 13.7 million from the Novo Nordisk Foundation under its new NERD programme.

“There are clearly opportunities for developing new tools that can provide entirely new insight into chemical and biological processes, and we want to use the grant to develop these tools,” says Bo Wegge Laursen.

Fluorescent molecules measure the rate of acid–base reactions
Bo Wegge Laursen discovered that his fluorescent molecules can be used to measure how quickly acids and bases react with each other in a liquid. Two liquids can have the same pH but different concentrations of acid and base molecules that constantly collide and react with each other. The more acid and base molecules are present in the liquid, the faster the acid–base reactions take place – which cannot be determined by simply measuring the pH of the liquid.

“Molecules that can simply and efficiently measure the rate of that process never existed before,” says Bo Wegge Laursen.

Molecule can potentially reveal cancer
Bo Wegge Laursen and his co-workers will develop tools based on the discovery. Among other things, these tools should be able to measure how the acid–base reactions vary in locations in a living cell or over time in a cell cycle.

The reaction rates may also differ in healthy and diseased cells. Researchers already know that cancer cells have a lower pH than healthy cells, and perhaps the rate of acid–base reactions also changes.

Bo Wegge Laursen’s molecule could potentially be used to identify cancer cells or give researchers greater insight into the chemical differences between healthy and diseased cells.

“We do not yet know what we will end up discovering, but we want to develop tools that open up a whole new window on the biological world. Maybe we can detect cancer very early if it turns out that the rate of reaction between acids and bases is one of the first things that changes when a cell changes from being healthy to being diseased,” says Bo Wegge Laursen.

Carrying out cool basic research
The NERD grant from the Foundation will enable Bo Wegge Laursen to concentrate on the task and determine actual applications for his more or less accidental discovery.

The NERD grant, which runs over 7 years, will enable him to immerse himself in the subject and explore the potential without having to arrive at predetermined results. Instead, he can see where the research takes him.

“The grant gives me an opportunity to immerse myself in a really stimulating project, and I am really excited about that. Then we will have to see what emerges. Regardless of the outcome, I will at least carry out some really cool basic research,” says Bo Wegge Laursen.

Bo Wegge Laursen also says that the research project is the result of teamwork between him and several talented young researchers and research students who are carrying out essential parts of the project.

NERD is a new research programme launched by the Novo Nordisk Foundation. The programme supports wild and creative research ideas within the natural and technical sciences. The new programme targets ambitious, dedicated researchers who give priority to pursuing their own creative ideas in the laboratory and to maintaining their focus on one theme over the long term to generate new original knowledge. The Foundation has allocated nearly DKK 300 million to the programme.

The first 8 grants have just been awarded. Read more here.