Professor Jens C. Brüning is receiving the 2020 EASD–Novo Nordisk Foundation Diabetes Prize for Excellence of DKK 6 million (€806,000). His research findings have opened new avenues for our understanding of type 2 diabetes and obesity. 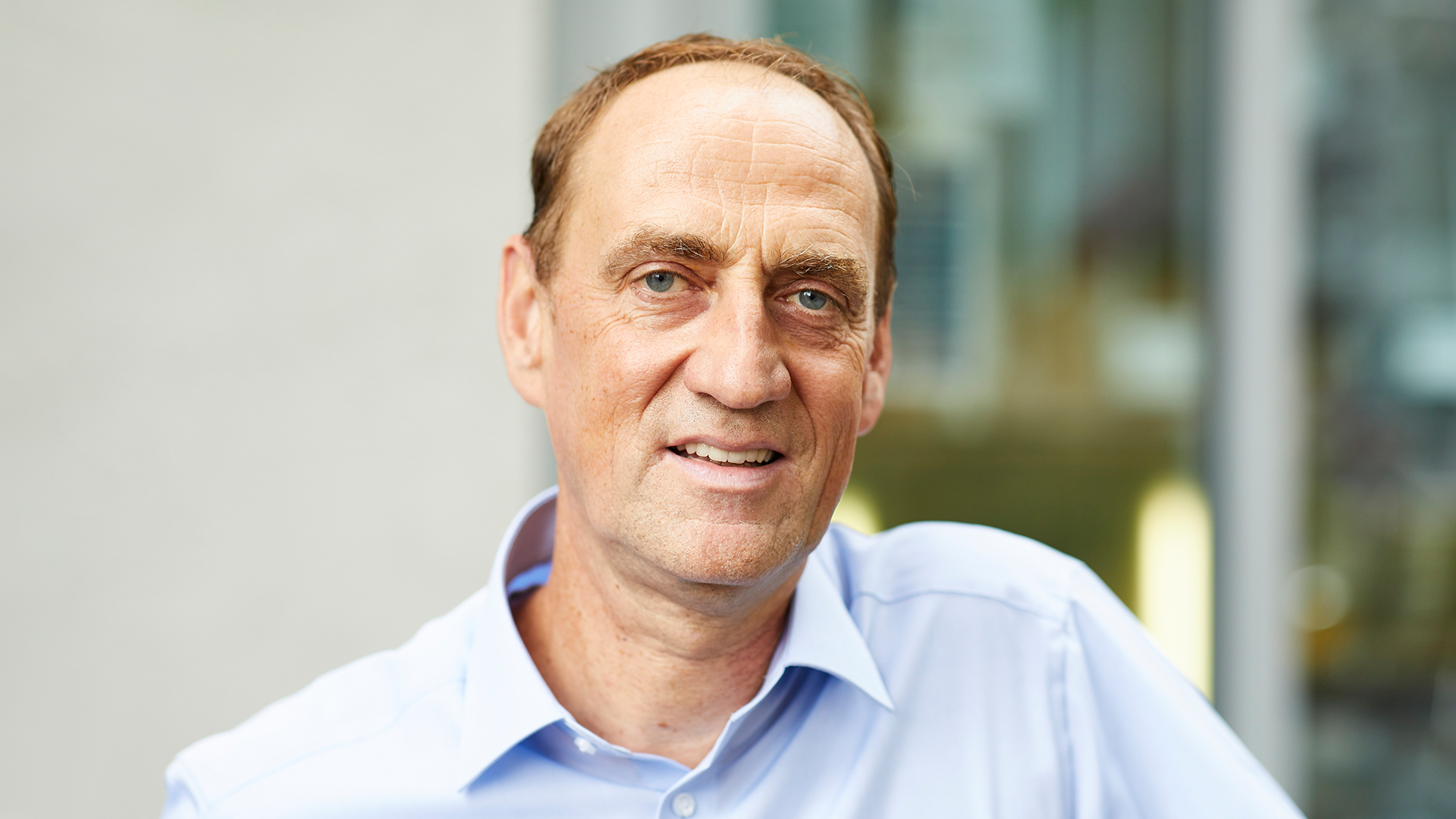 Hunger can be one of the most urgent needs to tame. The secretion of hormones and the emission of nerve signals can be so massive that people must eventually surrender.

Jens C. Brüning, Professor and Director of the Max Planck Institute for Metabolism Research in Cologne and Director of the Polyclinic for Endocrinology, Diabetes and Preventive Medicine at the University Hospital Cologne, Germany is receiving the 2020 EASD–Novo Nordisk Foundation Diabetes Prize for Excellence for his outstanding contributions to the understanding of the interplay between the forces of the body – especially the interaction between peripheral organs and the brain, which has become the main focus in recent years in the struggle to understand the escalating epidemics of type 2 diabetes and obesity.

“Like a conductor receiving input both from inside the orchestra and from the audience, the brain tries to adapt to events in various organs and to the environment. Really tuning the orchestra requires integrating all information to enable full harmony. We found a small group of neurons in the brain’s hypothalamus that appear to do just that. When we killed these 3000 cells selectively in adult mice, they stopped eating and eventually died,” explains Jens C. Brüning.

Furthermore, when the insulin receptors were removed from these AgRP neurons, insulin lost about half of its ability to suppress glucose production in the liver. This gave the researchers the idea that these neurons receive all information on the energy body’s status and respond by regulating both feeding and glucose metabolism.

“We have succeeded in identifying some very crucial molecular and physiological mechanisms that fail when people develop obesity and type 2 diabetes. Understanding the molecular basis for which genetic changes are important and how metabolic disorders affect regulation has enabled us to find new goals for developing treatment related to metabolic disorders.”

Research breakthroughs has changed the field
For his extraordinary contributions, Jens C. Brüning is receiving the 2020 EASD–Novo Nordisk Foundation Diabetes Prize for Excellence. The Prize, which is accompanied by DKK 6 million (€806,000), is awarded to recognize outstanding research or technology contributions that increase knowledge of diabetes, its disease mechanisms or its complications.

The Prize is awarded in collaboration between the European Association for the Study of Diabetes (EASD) and the Novo Nordisk Foundation, an independent Danish foundation.

“I feel very honoured to receive this Prize – it also honours a big group of people I had the privilege to work with over the last 20 years, who all contributed really critically to what we have discovered. The funding accompanying the Prize will give us freedom to explore more risky projects that we do not have specific funding for and try to explore different things off the beaten track and hopefully come up with new interesting discoveries for the future,” says Jens C. Brüning.

New avenues for understanding obesity
Stefano Del Prato, Professor and President of the EASD, says: “Over the past two decades, Jens C. Brüning has been a leader in using modern mouse genetics to unravel some of the most interesting and complex aspects of contemporary metabolism research. His early studies revealed that insulin action has very strong effect in non-classical target tissues, such as the brain, in controlling glucose homeostasis. This was a breakthrough in thinking and has totally changed the field.”

Birgitte Nauntofte, CEO of the Novo Nordisk Foundation, says: “The work of Jens C. Brüning and his team presents truly cutting-edge science that describes how metabolism is controlled and its consequences in obesity. His innovative nature and willingness to always discuss new ideas and unexpected findings with colleagues have opened up new avenues for understanding obesity, and his commitment to tutoring young scientists has resulted in a long list of successful PhD and graduate students.”

The discoveries of Jens C. Brüning and his group have paved the way for major scientific breakthroughs, and there seem to be more to come. The most promising clinical translation came from a project focusing on insulin resistance in the classical insulin target tissues liver, muscle and fat. Jens C. Brüning’s group had worked on the obesity-associated dysregulation of insulin action and found out how specific lipids in metabolic target tissues contribute to insulin resistance.

“We got interested in the ceramide lipids, which clearly contribute to developing obesity-associated insulin resistance. These are very heterogeneous lipids, but we systematically analysed the effects and the regulation and found a very strong role for ceramide synthase 6, generating C16-ceramides in the development of obesity and insulin resistance,” says Jens C. Brüning.

The researchers strongly believe that inhibiting this specific enzyme might be a new avenue for treating people with obesity and obesity-associated insulin resistance. If this inhibitor can be successfully developed, Jens thinks that a drug is needed, because evolution is not going to fix things any time soon.

“Evolutionarily, our bodies have been optimized over millennia to survive with scarce and limited fuel sources. So why doesn’t the body fight back? From a strictly evolutionary perspective, late-onset diseases occur after reproduction has taken place, so I am very sceptical of any strong evolutionary pressure. We therefore have to find alternative means to fight these diseases by developing new interventions, new drugs, to counteract how we expose our body to the current environment,” says Jens C. Brüning.

The Prize will be officially awarded online at a ceremony at the 56th EASD Annual Meeting on 23 September.

About the Prize
The EASD–Novo Nordisk Foundation Diabetes Prize for Excellence is awarded to an internationally recognized researcher who has contributed significantly to diabetes research.

The Prize recipient’s research may focus on prevention, treatment and/or basic research in physiological biochemistry. The research may also be clinically oriented. In addition, the Prize may be awarded for the “discovery of the decade” within diabetes research.

The European Association for the Study of Diabetes e.V. (EASD) is a membership-based academic non-profit organization with more than 4000 members from over 110 countries. It was founded in 1965 and is based in Düsseldorf, Germany. The aims of the Association are to encourage and support research in the field of diabetes, the rapid diffusion of acquired knowledge and to facilitate its application.

The EASD Annual Meeting is one of the largest diabetes-related conferences in the world, with more than 15,000 participants from over 130 countries. EASD is also an active player in postgraduate education, organizing numerous courses each year both inside and outside of Europe. Since 1972, EASD has trained over 30,000 healthcare professionals through postgraduate training courses and online education activities.